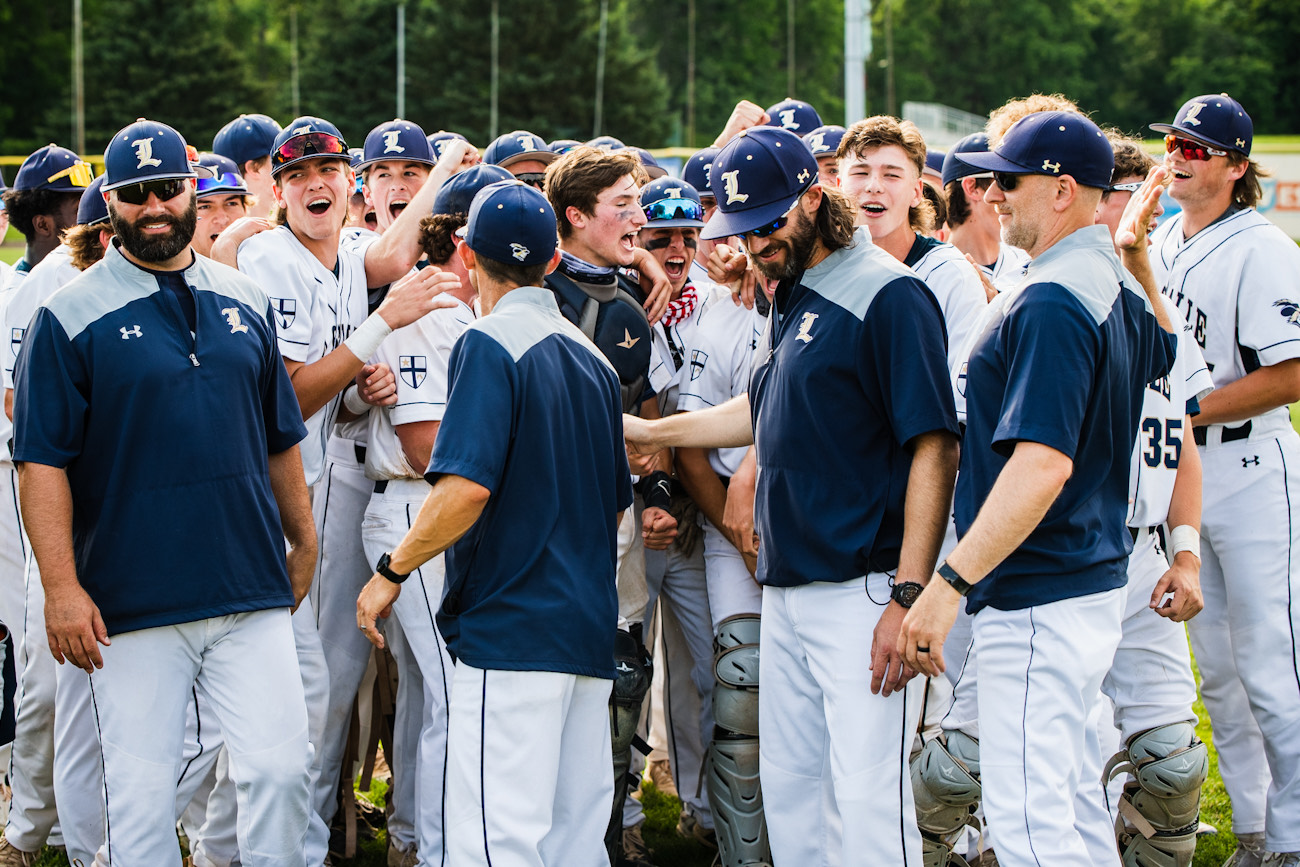 La Salle College High School ended classes a few weeks ago, but it hasn’t stopped a few dozen guys from showing up on campus every day.

Of course, the Explorers baseball team had good incentive to keep coming back because it meant their season was still going. That all comes to a close Friday when La Salle makes the winding drive up to State College to play for the PIAA Class 6A championship against North Allegheny.

It’s been seven years since La Salle last lifted a state title but this year’s crew of Explorers is only worried about what happens between the lines at Medlar Field at Lubrano Park.

“Coach (Kyle) Werman does a really good job at practice putting us in pressure situations and our motto this year was ‘bring the turtle back out,'” senior Jake Whitlinger said. “That refers to our batting cage turtle, and we wanted to be the last team around still bringing theirs out, so we’re ready to keep practicing and carry that energy up to Penn State.”

La Salle is seeking its first state title since 2014 and its third since joining the PIAA (2012). Opposing them is a very solid Tigers team that ran through the WPIAL and brings a 23-3 record with it to State College. North Allegheny’s program is no stranger to the title game, with Friday marking its sixth appearance and having won titles in 1996 and 2007

Statistically, the teams aren’t all that different. Both hit well, with La Salle boasting a .363 team batting average and North Allegheny a .343 team average, they both defend well at a .928 fielding percentage and .963 clip respectively and La Salle’s team ERA is a respectable 3.34 while the Tigers have a minuscule 1.67 staff ERA.

The 25-2 Explorers, who went 13-o in PCL play before winning the league title and District 12 championship, will be trying to get their bats rolling again after North Penn’s Mike Lennon held them to two runs in Monday’s semifinal. It was enough to slip by the Knights but La Salle had shown plenty of pop in its previous three games, scoring 12, 14 and 21 runs.

PCL offensive player of the year Mason Sermarini leads the bats with a .522 average while Jephson Hadson-Taylor has come on strong with a .442 average. Whitlinger mashes at a .355 clip and has scored a team-best 34 runs while the outfield of seniors Danny Wagner, Justin Machita and Joe Cattie form the heart of the order with more than 70 combined runs driven in, with Cattie leading the team in RBIs (27) and home runs (4).

All nine La Salle starters are hitting at least .300 this season.

“We’re just going to lock in and get ready to win,” senior catcher Nick Astolfi said.

Danny Gallon paces the Tigers at a .486 clip with 35 hits and 31 RBIs while Duke recruit Cole Young isn’t far behind with a .441 average, 30 hits, 23 RBIs and team-best 32 runs scored. Spencer Barnett, Aaron Galaska and Aaron Posey are all hitting at least .316 and have played every game, with Barnett tying Gallon for the team lead in RBIs.

Brady Palmer pitched NA past Spring-Ford in the semis but the Tigers still have plenty of arms starting with senior Pitt recruit Kyle Demi, who closed out the semifinal win and has a 9-0 record with a 0.60 ERA. Demi should be able to get the starting nod while Aaron Galaska (3-0, 1.88 ERA) and Joe Long (4-2, 1.08 ERA) are two other top options who could see innings on Friday.

Thanks to a sterling complete-game shutout by Ryan Marler, the Explorers have almost their entire arsenal of hurlers ready to go. Junior Kevin Kell has been the team’s ace all spring, holding a 7-1 record with a 1.77 ERA heading into Friday while Emmett McLaughlin (2.49 ERA) has been another key thrower and Connor Bogansky and Cole Kochanowicz each having appeared in 13 games.

“We have a lot of confidence, if we can bank on our pitchers being great, we know guys can make plays,” Astolfi said. “That’s all we need.”

“The one thing we came strong with this year was senior leadership,” Whitlinger said. “After not having last year, we had a lot of guys who never really had a chance to play for this program before and took advantage of it, which is awesome to see.”

X-FACTOR >> If the La Salle defense makes a nice play at any point Friday evening, pay attention to the infield toss-around at the start of the next half-inning.

When the Explorers get a gem in the field, like the multiple defensive plays they had Monday against North Penn, they like to celebrate it. That means the “X-balls” come out to zip around the diamond while their pitcher warms up on the mound.

“It’s just a set of blue-striped balls but defensively, it’s something fun for us to earn being able to throw those around,” Whitlinger said. “It’s something I think Coach Werman brought in, so it’s something we’ve had but it’s a nice little tradition for us.”