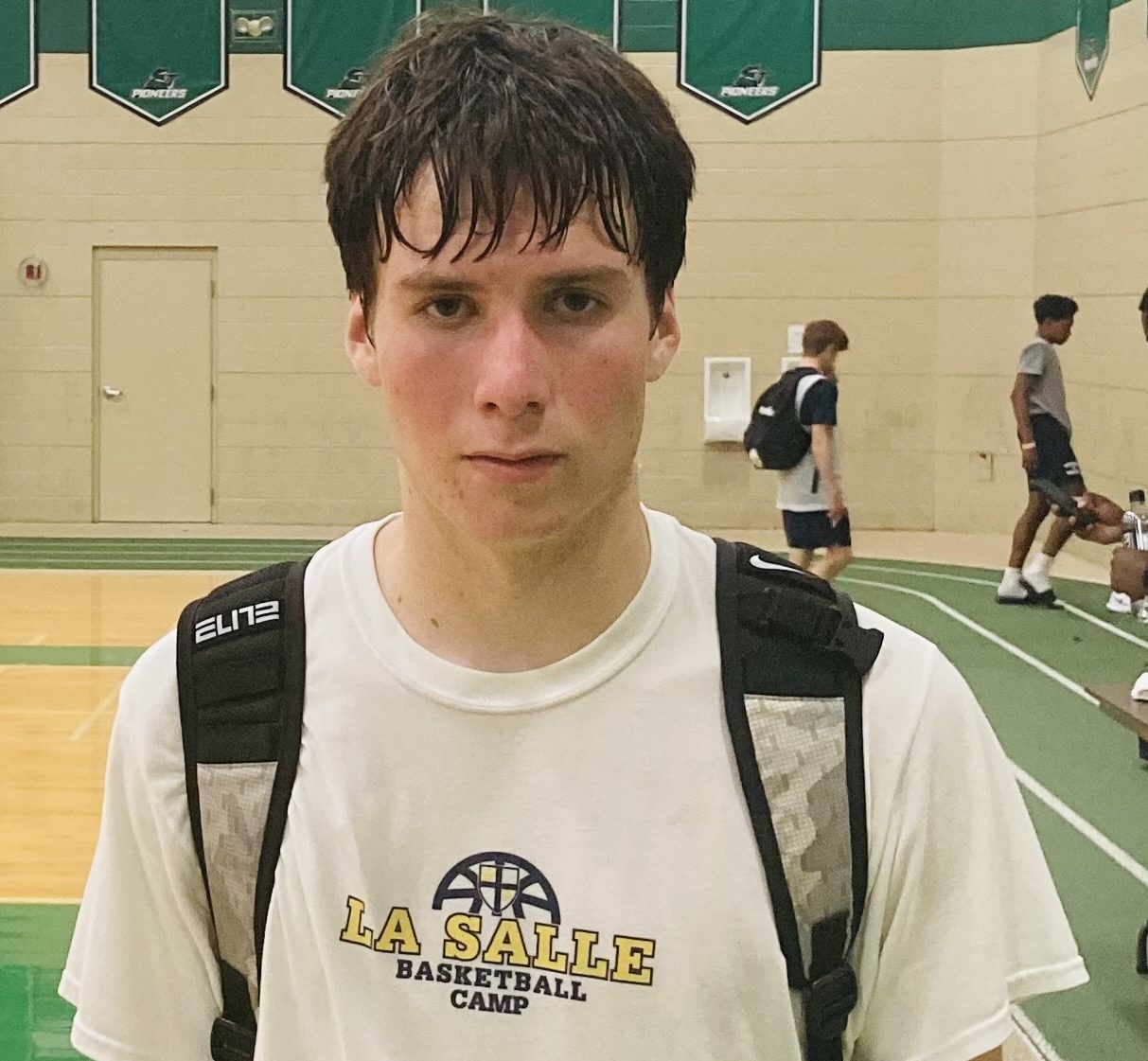 La Salle's Joe Shields is a key reason the Explorers are off to a strong start at the Dock Summer League on Wednesday, June 16, 2021. (Kev Hunter/MediaNews Group)

That’s how La Salle assistant coach Joe Magarity described the opportunity provided by the Dock Summer League, which has once again drawn in several local squads.

“We want to get our offensive sets in tune and learn how to get stops and execute,” said Joe Shields, a rising sophomore for La Salle.

The league got going on Monday and had several more games on Wednesday evening. The summer league has 17 local teams, along with Dock’s junior varsity, and will play all the way through until July 28.

La Salle began Wednesday night with a close loss to Methacton, then followed that up with an impressive, all-around win over Springfield Montco.

“We were playing mostly younger guys and looking for some guys to earn some spots,” said Magarity, an assistant coach for the Explorer varsity squad during the winter. “We’re looking for smart defense, help defense, and things like that.”

Other games saw host Dock taking on Springfield and then New Hope.

Each team will play 12 games over six weeks of competition, with each squad playing back-to-back games either Monday or Wednesday each week.

“We have some incoming eighth graders on the team and those guys look like they belong,” Magarity said. “We’re really trying to look at the young guys and see if they can compete at this level. So that’s kind of our main goal here – and defense. We defended really well.”

Shields has fit right in with the Explorers.

“It’s great. It’s like a brotherhood,” he said of the Philadelphia Catholic League power. “People just say that, but it really is. The coaches are tough on you but at the end of the day, we’re all in it together.

“I think we’re gonna be good, as long as we work hard. (This league) really helps because in-game experience is especially important. It really helps. You’re not really getting the whole experience in practice.”

Said Magarity: “This is a good opportunity. These guys are getting the chance to show what they can do in a real game.”

The next round of games is set for Monday.

Other matchups include New Hope against MaST Charter, Methacton taking on Jenkintown, and Springfield Montco facing Hatboro-Horsham, all at 7:30.