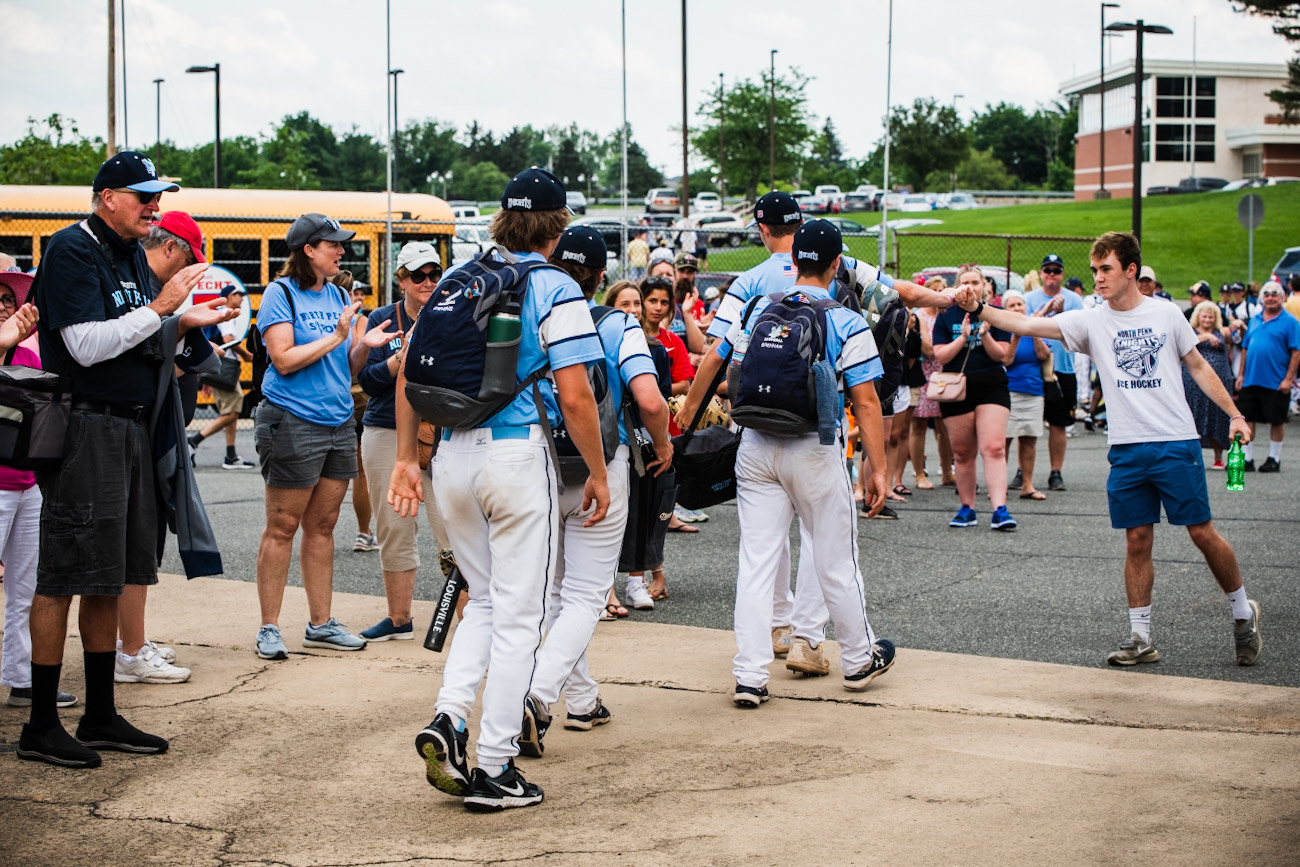 The North Penn baseball coach, just a handful of minutes after addressing his team for a final time together on a field, had been asked what he would remember about that collective of players and a most unusual season. The fact that the Knights season had just come to an end against La Salle in the PIAA 6A semifinals notwithstanding, Manero found the right words and there were plenty of them.

North Penn didn’t get the victory in its final game, but the Knights won plenty this spring.

“I know it’s more than cliche when you have a great season to talk about how great the team is, I know everybody always says that, but we’ve had a lot of great teams, we’ve been lucky to coach a lot of great teams but I have a hard time believing I’ve ever seen a baseball team evolve and develop over the course of a few months than these guys did,” Manero said. “The biggest thing is, a lot of these guys for the past year, they didn’t play real baseball.”

A 2020 season lost to COVID-19 left limited opportunities for players to compete over the past 16 months, although some Knights played in BuxMont Connie Mack or showcase events, it’s different in a varsity setting. The Knights won their first three games, but were just 5-4 midway through the season and needing to turn things around to get in the postseason hunt.

Not only that, but the team had to endure a 10-day shutdown due to COVID-19 that also left it short a couple key players when play resumed in that early stretch.

An April 30 win over Council Rock North kicked off a six-game winning streak as North Penn finally found its groove. Ace pitcher Mike Lennon, a senior who threw a great game in Monday’s loss to La Salle, cited a renewed enthusiasm and improvement as the turnaround.

“The biggest thing for us was we knew we needed to get our energy up,” Lennon said. “Our energy was not as high early in the season and for us, the most important thing was to get better every single day. Our plan was to get better and we did, that’s what turned the switch.”

North Penn’s Jeff Sabater (26) is called safe at second on a steal against LaSalle in the PIAA 6A State semifinal game from Monday afternoon. (James Beaver/For MediaNews Group)

Need forced some changes in the lineup, players settled into spots and with each passing day, built continuity and confidence. Far from the structured setting of a showcase, the spring season put the Knights players in positions to make the right play and not the flashy one.

They kept finding a way to do it.

“They didn’t have to win. They didn’t have to move a runner over, do little things right to execute, all they had to do was light up a radar gun or look good in a video and that was the nature of 2020,” Manero said. “This year, they showed how much they know how to play the real game of baseball.”

North Penn finished the regular season on a four-game win streak, then entered the District 1 tournament as the No. 9 seed. The team went on the road and knocked off No. 8 Abington before upsetting top-seeded Spring-Ford in the quarterfinal round to secure a state playoff spot.

A narrow loss at Boyertown cut North Penn short of a district title but the Knights bounced back to take the district’s third seed and the reward of a first round state game in the backyard of undefeated District 2 champion Hazelton. Even with a gaudy record, several Division I prospects and a long bus ride to deal with, North Penn just went and dealt with it.

“We had 28 guys on our roster, we started on March 8 and never once in that time did any guy on the team ever complain about playing time, ever complain about his role and not one guy ever, ever asked what his statistics were,” Manero said. “All that mattered to these guys was what we did together.”

Once it was established, North Penn’s starting lineup rarely changed meaning many players, several of them seniors, weren’t going to get a lot of opportunities. So, they put their effort into the roles they could fill, whether it was a pinch-hitter or reliever or even a role that wouldn’t see the field.

Manero singled out senior Eric Bergey, who essentially became the team’s bullpen catcher and despite not seeing the field, brought an invaluable enthusiasm that his coach called “the heart and soul of the team.” Pitchers who threw only a few innings all year hit their bullpen sessions like they were preparing as the No. 1 starter.

“There’s no coincidence between that and the fact we went 20-7,” Manero said. “It was 100 percent a team that bought into the word ‘team.’ In baseball today, at the youth level, that is dying. It’s all about social media posts, individual recognition and telling people you’ve committed to a college and that’s fine and there’s a time and a place for that but these guys know how to play the game, they love playing the game.

“Watching guys like that, I know it’s cliche, but it was a really, really special group.”

The Knights handed Hazleton its first loss, then beat District 1 champion Neshaminy in the state quarterfinals before their season ended Monday. As they left the field, they were met by a line of family, parents, friends and supporters who gave them an ovation all the way to their bus, a final salute on a fantastic year.

“Last year, we saw you can’t take anything for granted,” Lennon said. “You’re not always going to have a season. This year, we had a season and it’s an honor. It felt great to go back out there and play.”

North Penn’s offense does it all in state semifinals
ROUND 3: North Penn, Haverford meet again for PIAA-6A championship