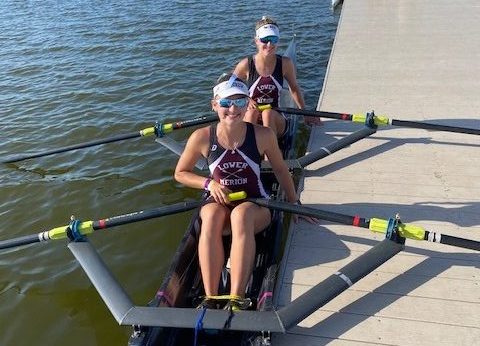 Lexa, who will be attending the United States Naval Academy this fall, finished eighth in the initial time trial, which placed him in the semifinals. After placing third in the semifinals, Lexa advanced to finals where he finished fifth.

USRowing does not have a lightweight category, so lightweight competitors Cloud and Burchette competed against a much larger field. They finished 14th out of 38th in the initial time trial that determined their bracket for the next round of competitions. Their placement earned them a spot in the C final, where they finished sixth.

All three rowers competed in Scholastic Nationals May 29-20, where Cloud and Burchette were National Champions in the women’s lightweight double sculling competition.

The USRowing Youth Nationals competition includes not just high school competitors, but club rowers as well. Many high schools don’t have rowing programs so their rowers compete with clubs.