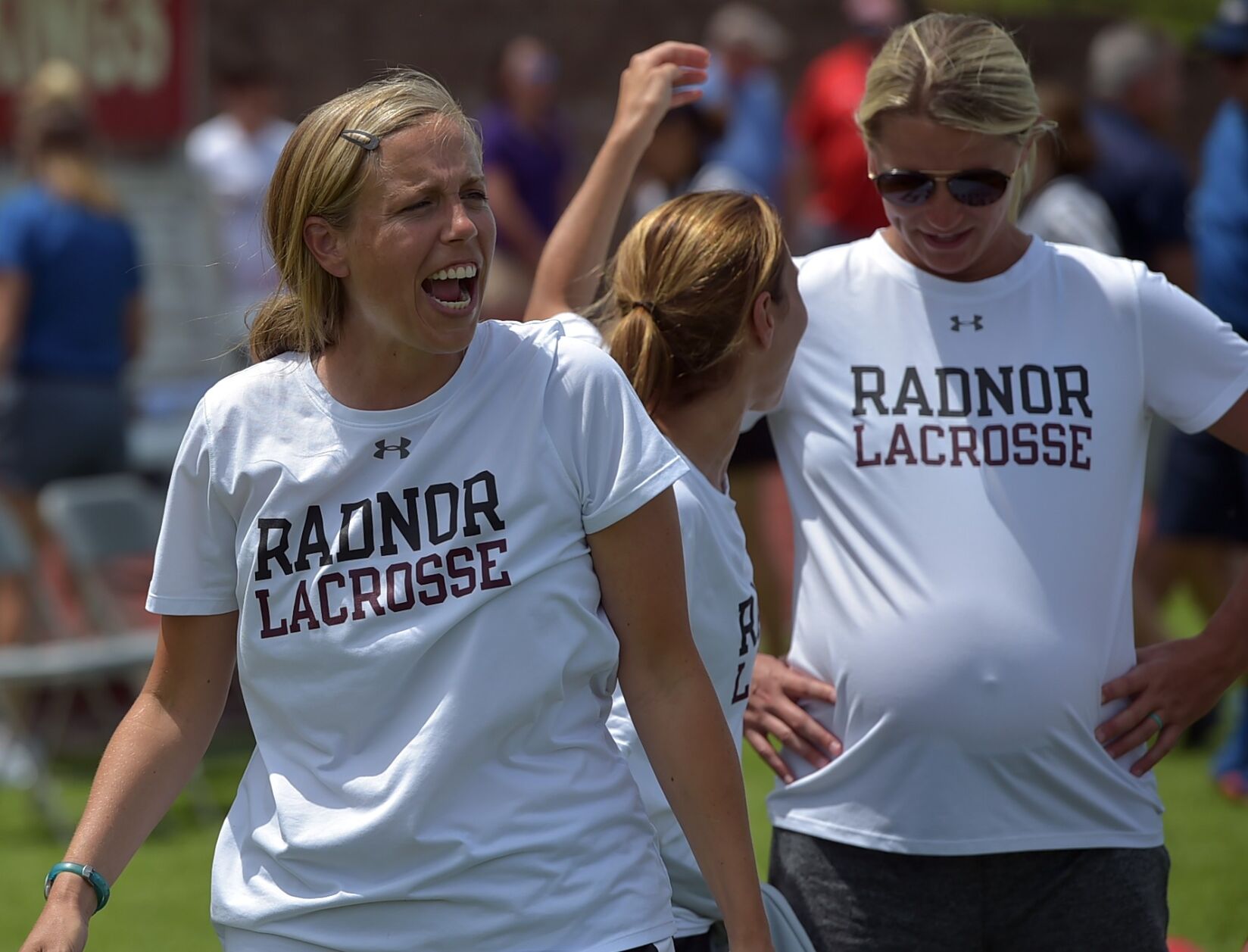 WEST GOSHEN — Well after Radnor won its first girls state lacrosse championship since 2017, coach Kristin Addis stuck around Saturday to take on all questions while holding her two-year-old daughter, Ava, who was perusing the scouting reports in her bag.

The same can be said for mom, who is having a year like no other. Six weeks ago, she had her second daughter. A few days after that she led Radnor to a win over Archbishop Carroll, the 2A state champs. Oh, the stories those Addis ladies are stockpiling for the coming years.

It was a Tuesday in late April and Addis, who was expecting, was watching Amy Roseland and Katie Maguire coach the Radnor JV team against Marple Newtown. Just another 78-degree and sunny day.

“Someone asked, how are you feeling, and I said ‘Fantastic, I have so much energy,’” Addis said. “Then I was sitting on the bench and all of the sudden I looked down and I was like, ‘Uh, oh, something is going on here.’ I walked over to my JV coaches and said ‘I don’t want to make a scene but my water broke, can you do me a favor and pick up the balls and the cones when your game’s done?’ And they’re like, ‘What?’”

Maguire said she looked at Addis and said, “I’m sorry, what?

Daughter Brynn was born early the following morning. By Thursday Addis, a 2003 graduate of Radnor and two-time U.S. Lacrosse All-American, got her discharge. The nurse made Addis’ husband agree she would not be allowed to coach against Lower Merion that day.

Instead Addis returned to coaching Friday to lead Radnor to a victory over Carroll.

“She had the baby and we’re all like, ‘Oh, my goodness that’s crazy!’” defender Amy Ciatto said. “It was exciting at the same time. We really thought it would be a lot longer until she got back but she came back for the Carroll game. We were taken off guard yet at the same time we weren’t really surprised because she has this go get them mentality. She’s been so excited to be here and go win a state championship all year. And I think she just proved that today.”

Radnor defeated Manheim Township, 11-5, to claim the title. It was a surgical decision. No doubt about it.

“I’m just so proud of the team,” Addis said. “We really just had a refuse to lose attitude. And honestly, we were a true team in every sense of the word. I think that’s what got it done. This has been amazing. It’s so special.”

It was every bit as special for Roseland, who coached Addis at Radnor and is awed by how inclusive the pupil is. Following a game against Conestoga, Addis saluted the student body section, each person individually for the support they’d given the lacrosse team.

“She’s hardcore,” Roseland said. “She’s the best. We love her. It’s so unbelievable. First time coaching, this is her first official season and she brings home a state title. She’s just an all-around great girl. I adore her. She’s just a class act.”