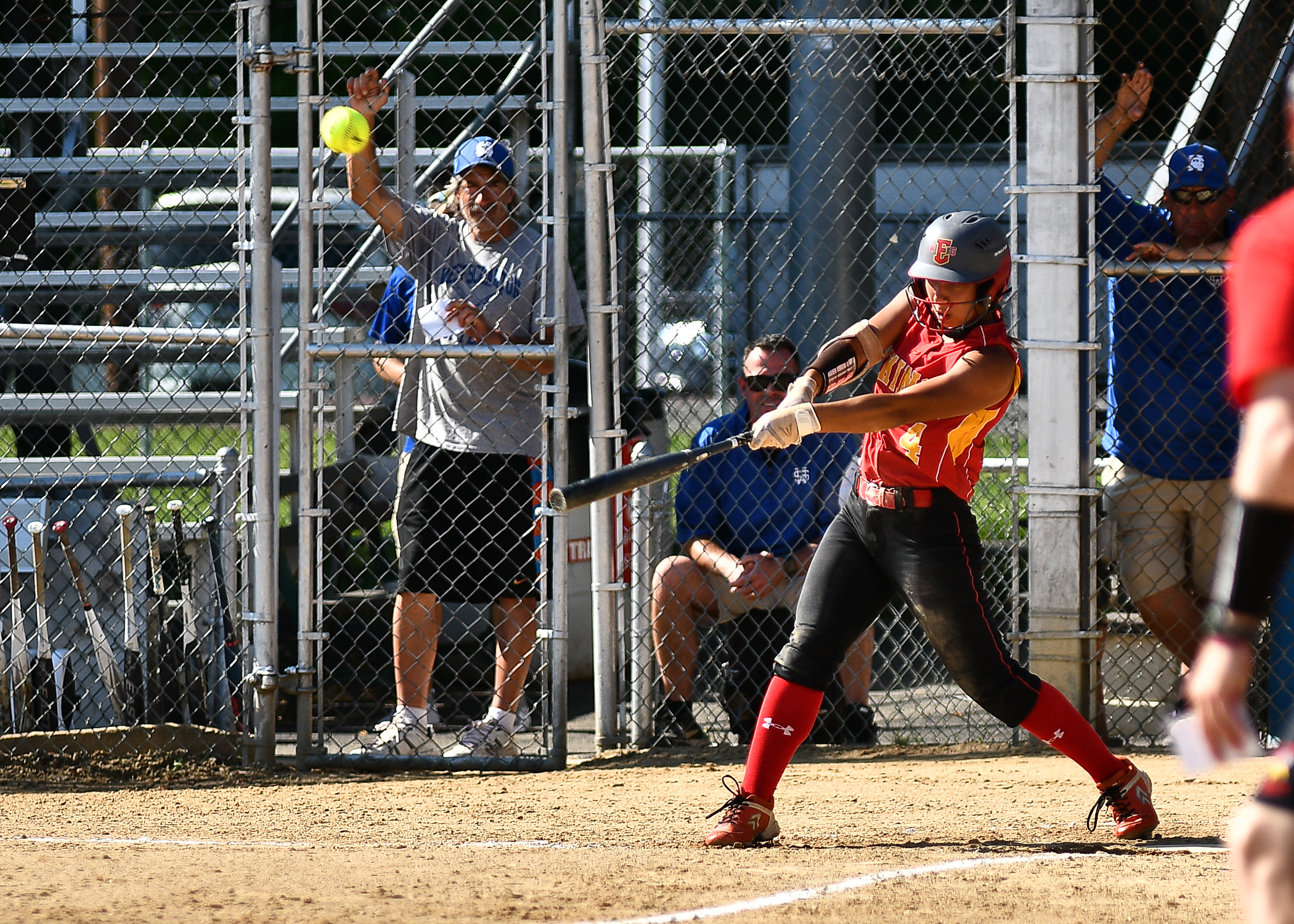 ALLENTOWN—Coming into Thursday’s PIAA Class 5A quarterfinals, all signs pointed to West Chester East getting a state semi-finals re-match against Lampeter-Strasburg. West Chester East had been playing lights out softball all post season. Jess Gomez hadn’t given up a run since the opening round of districts. The Vikings were hitting for power, and also excelling at small ball throughout the playoffs, and the defense had been gold glove caliber. The Pioneers lived up to their half, knocking off District 1 runner-up Springfield (Delco) earlier in the day. But someone forgot to tell West Scranton that their Cinderella season was supposed to end. The Invaders, a young team with mostly underclassmen in the starting line-up, had never reached the state tournament in program history prior to this season.

In a wild, back-and-forth affair where the two teams combined for 20 hits, the Invaders grabbed a 7-6 lead in the fifth, and then held on for the win, getting the final out of the game on a play at the plate that would have been the tying run.

“This team is just an amazing group of girls, and I couldn’t be more proud of every single one of them,” said West Chester East coach Bobby Swier. “There were a few calls I made I wish I could take back, trying to be too aggressive. But these girls battled every step of the way.” The Vikings came out strong, plating a pair in the first inning. Amanda Gomez (3 for 4, 2 2B, R) led off the top half of the first with a double. Carey Werley (2 for 3, 2 HR, 5 RBI) came up with one out, and launched the first of two home runs on the afternoon, doubling her season total in just two at bats Thursday. “This was the best team I have ever been a part of,” said Gomez. “You can’t put a number on something like how much fun we had playing together. I’m not sad over a missed call or a loss. I’m sad because I won’t get to keep playing with this team.”

Unfortunately, West Scranton was able to capitalize on some uncharacteristic field miscues in the bottom half of the first, and put up four runs of their own.

West Chester East went back up in the third on Werley’s second home run, this one a three-run shot, and added another in the fourth when Allison Hill’s sacrifice fly brought home Emma Pinto (2 for 3, 2 R). The Invaders re-took the lead for good one a three-run blast to right from Gianna Russo.
The Vikings out hit West Scranton, pounding out 13 hits on the afternoon, to just seven for the Invaders. Four different Vikings posted multi-hit games—both Amanda and Jess Gomez, along with Werley and Pinto, and there was a hit or a run in every spot in the order. “I am going to miss this team so much,” said Gomez, who set the school record for career strikeouts. “I’m sad we won’t get to keep messing around at practice and pranking the coaches, and just having fun. This is just a great group of girls. We’ve all been playing together since Exton Little League, and I couldn’t ask for a better group of girls behind me when I set the school record. The last four years have been amazing.”

The Gomez twins, along with fellow seniors Alex Douglass, Bridget McCormick, Abbey McCormick, Kate Douglass and Allison Hill, leave behind quite a legacy. During the course of the plast four years, the Vikings won a pair of district titles, and reached the state semi-finals. And who knows if there would have been a third district title and more if not for the year lost to COVID-19.

“Hats off to West Scranton. We kept going back-and-forth, and they came out on top,” said Swier. “I feel bad for these seniors. It’s an amazing legacy with two District championships. This was an incredible group of seniors, and I am going to miss them all.”