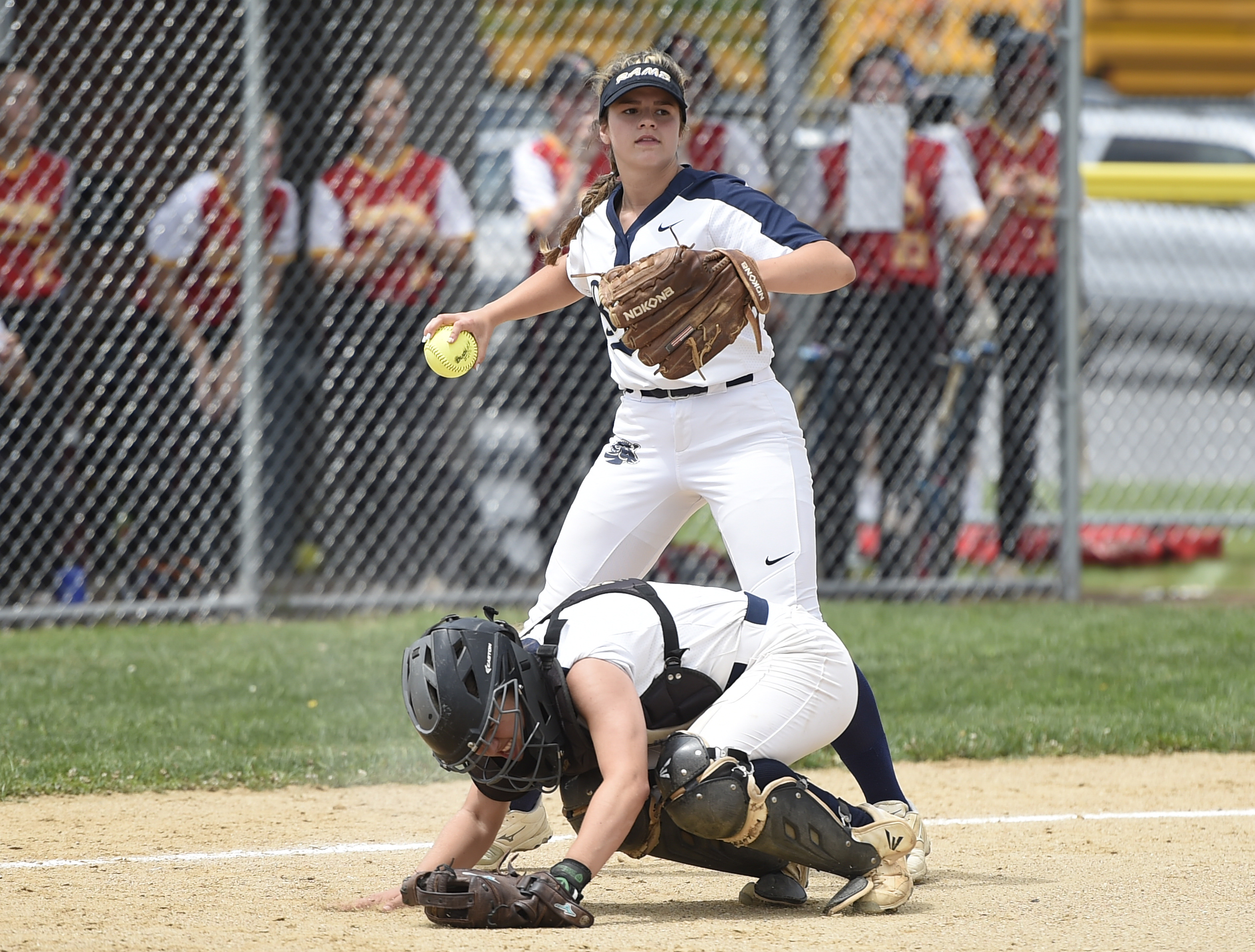 BOYERTOWN >> It was more adversity than Spring-Ford had to face all spring.

And one rally shy of a continued run in its spectacular 2021 season.

The end of the line came Thursday when the Rams faced Haverford High in a District 1 Class 6A playoff quarterfinal at Boyertown. Having dominated the opposition since early April, they found themselves unable to keep up with the Fords on the way to a season-ending 5-3 defeat.

A four-run fifth inning enabled Haverford (22-4), the third seed out of District 1 6A, to catch and overtake Spring-Ford for good. The Rams, the District 1-6A champion, got one back in the bottom of the frame, but they couldn’t convert subsequent opportunities into scoring situations.

“It’s tough to stop a snowball,” SF head coach Tim Hughes said. “It was ‘roll, roll, boom, boom, boom’ for them. They took advantage of it.” Indications it was not going to be an accustomed Spring-Ford outing came at the game’s start. A walk, sacrifice bunt and two hit batters got Haverford full bases in its first at-bat, though the Rams (21-1) got out of the jam undamaged when Ford pitcher Emma Taylor grounded to second for the final out.

After Spring-Ford scored twice in the bottom of the first, the Fords got on the board in the third when Brooke McKeown (single, stolen base) scored off Kerri McCallum’s single up the middle. It was the first run scored against the Rams in the postseason since a May 27 district quarterfinal with Downingtown West.

The real hit literally came in the fifth. Haverford scored four times in a near bataround, bunting the bases full before McCallum (fielder’s choice), Shannon Gavigan (two-run single) and Taylor (sacrifice fly) drove in the runs.

“We’re always there for each other,” McCallum noted. “Our team can get on base. Our speed and the way we swing the bat got better.” The Rams cut into the Fords’ 5-2 lead by scratching out a run in the fifth. Noelle Reid hit a leadoff single, went to second as Bre Peck drew her third intentional walk of the game, moved to third off Lexi Wescott’s bunt single and came home off Madi Walsh’s sacrifice hit.

Spring-Ford brought the tying run to the plate in both the sixth and seventh after respective singles by Jules Scogna and Walsh. But it couldn’t keep the rallies going, particularly in the seventh when Taylor struck out the side.

“After the fourth, I think we were pressing a bit,” Hughes said. “We weren’t used to being down like that. Four in the inning was tough.”

The Rams’ early scoring was set up by Reid (2-for-3) hitting a leadoff double and Peck drawing a walk. Walsh (2-for-3, three RBI) singled up the middle to plate Reid and Peck, and Danielle McNeil followed with a single that was Spring-Ford’s last blow of the at-bat.

“It was a great season,” Peck, a senior heading for Virginia Tech following graduation, said. “We played our hearts out to get this far. We tried to push through, but you can’t always come back.”

Jules Scogna’s pitching line for Spring-Ford saw her touched for six hits and two walks, though she recorded six strikeouts. Taylor, in turn, gave up eight hits and four walks against seven strikeouts.

“We were good to go … prepared,” Hughes said. “Everyone’s seen how good we are. The one inning was bad, but that’s nobody’s fault.”

NOTES >> One highlight of Scogna’s mound performance was her striking out the side in the second, against the bottom of the Fords’ order. … Haverford’s seniors continued their busy Thursday with graduation ceremonies that night. “It’s at 4:15. We have to be there for that,” McCallum said. … In her final at-bat in the seventh, Peck hurt her leg in a stumble at first, running on a hit ultimately ruled foul. Lilly Undercoffler came on to finish Peck’s at-bat. … District 1 will be assured of having one representative in the PIAA 6A championship game, with Haverford facing the winner of the Quakertown/Pennsbury quarterfinal in Monday’s semifinal round.