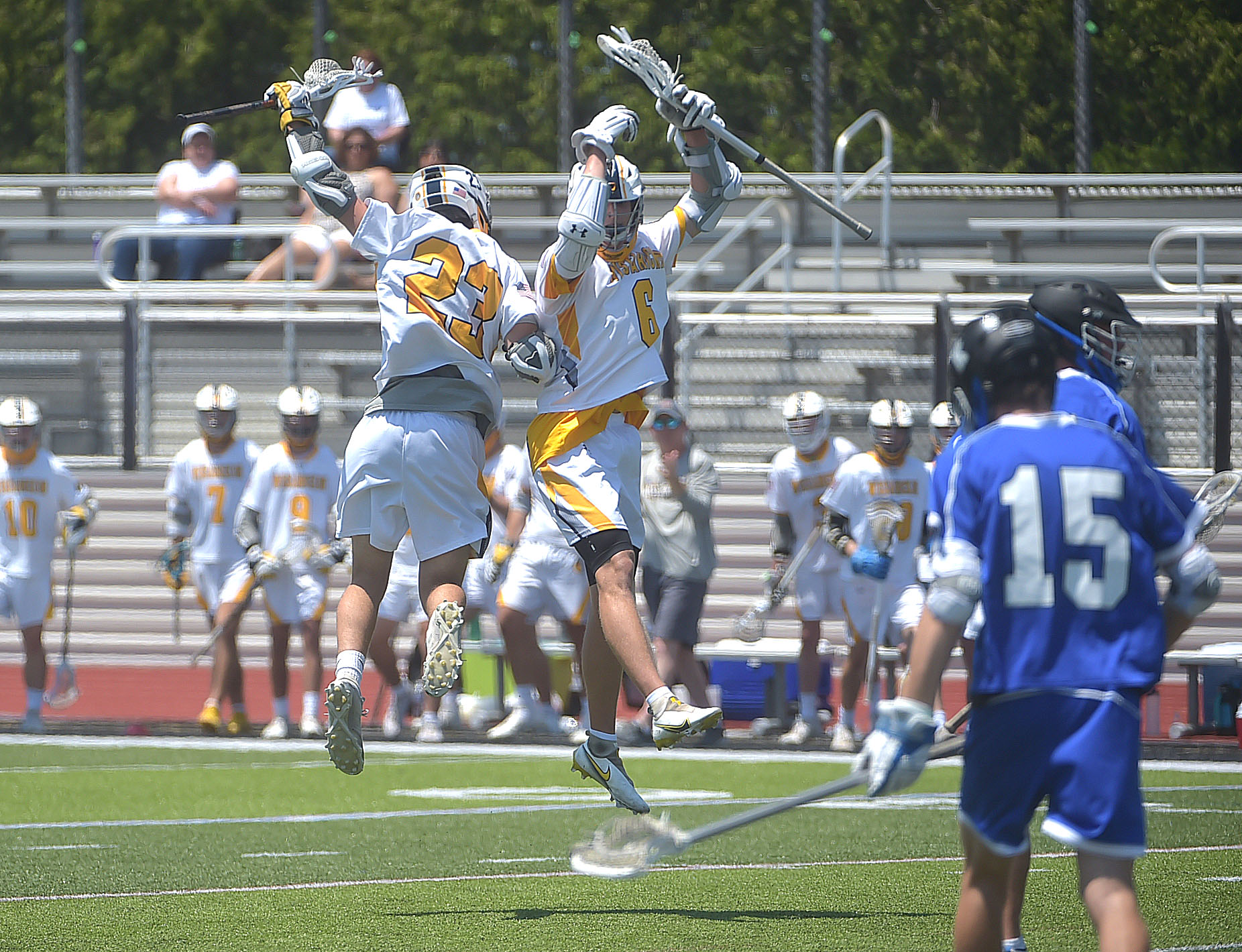 The numbers are impressive, but chances are they aren’t what most will remember about Wissahickon’s 2021 boys lacrosse season.

Instead, it will be what the Trojans and their seven senior leaders accomplished with a run to the PIAA-3A quarterfinals. It was a historic year, one that saw Wiss snap a decade-long losing streak, claim an unbeaten conference title, battle back from the brink of elimination and get the program its first state playoff game win.

With the seniors at the core, the Trojans had a season to remember.

“It’s crazy, no one really thought we were going to go in and beat all these teams this year but we knew we could do it coming in,” all-state senior attacker Jackson Intrieri said. “I love these guys and I wouldn’t have wanted to play with anybody else.”

Southeastern Pennsylvania, which encompasses District 1 of the PIAA, is known as one of the top hotbeds for lacrosse in the country and routinely churns out players to top programs at all three levels of college lacrosse. Traditionally however, the district’s power programs have resided in Delaware and Chester counties and it’s only every so often a team from Montgomery or Bucks counties pushes through.

Figuring the best way to take that next step was to see what it took, Wissahickon subjected itself to one of the toughest schedules in the state, scheduling games with power programs like Springfield Delco, Conestoga, Garnet Valley and more to complement its SOL American slate.

The Trojans didn’t have a lot of depth, but they had playmakers at every level and that was enough to stand toe-to-toe with every opponent they played. Those early nonleague tests didn’t all result in wins, but even narrow setbacks to Springfield and Conestoga gave Wiss the confidence it could hang with anyone.

“Every single kid on this team has each other’s back,” Wissahickon’s All-American senior Matt Fritz said after Saturday’s season-ending loss to Kennett. “I’m proud of everyone on the team. Sometimes in these games, our depth does hurt us but I love all these kids and how close our team is. We’ll remember we made it to the final eight in states but at the end of the day, it only means so much, it’s the relationships with the guys on the teams and all the fun we’ve had that I’ll remember.”

Frtiz, who will play at Ohio State next season, was a weapon for Wissahickon on the faceoff X. The midfielder won a staggering 290 faceoffs this spring at a 74.2 winning percentage and added 10 goals and six assists. He was also an Academic All-American and all-state selection but Fritz was more excited to note he had three teammates in Intrieri, senior goalie Scott Pfeiffer and junior defenseman Jake Licata joining him on all-state than any of his accomplishments.

Fritz, Intrieri, Pfeiffer, Brody Myers, EJ Schreiner, Alex Solomon and Ethan Glass each filled a different role for their team but all seven seniors were invaluable to the team’s success. Wissahickon’s EJ Schreiner makes a run in the first half of the PIAA quarterfinals Saturday at Marple Newtown High School. (Pete Bannan/MediaNews Group)

“It’s an awesome group and such a pleasure to coach,” Wissahickon coach Matt Conway said. “The seniors, watching them coming up through the youth league, there’s only seven kids. It’s not like there’s 15, it was seven and all of them contributed. They left their mark for sure.”

Intrieri has committed to Ursinus and finished his career with a ridiculous 63-goal, 79-assist season that set a new program single season record with 142 points. The attacker scored three goals and assisted three in the season-ending loss to Kennett and showed up to every game, including four goals and the game-winning assist against La Salle in the PIAA opening round and a monster seven goal game as Wiss beat archrival Upper Dublin for the first time since 2011.

The attacker, a three-sport athlete at Wiss, noted several times during the season the Trojans believed they would have accomplished similar feats last spring and wanted to get it done for last year’s seniors.

He and his classmates took Wissahickon to new heights but they want to see the program keep building and not make it a one-year wonder.

“For the guys coming back, have a winner’s mentality,” Intrieri said. “Always take the high road and know you can play at this level every year. If you put your mind to it and you believe it, you can go out and take it.”

Myers, a dynamic midfielder, posted 33 goals and 11 assists. His biggest goal came in the first round of states, notching one off a feed by Intrieri with 32 seconds left to go ahead of state power and 2019 PIAA champion La Salle in an eventual 10-9 win.

The senior is attending Penn State next year and is hoping to play club lacrosse. He was pretty confident that no goal he’ll score going forward will mean quite as much as the one that gave the Trojans their first-ever state playoff victory and chalked it up to his teammates wanting to get it done for each other.

“We’ve been together since second grade,” Myers said. “We have chemistry. I love all these guys, we have four senior captains and we’re a senior-led team. We don’t want to stop playing together and that definitely had a factor today.”

“Playing tight games against them and Radnor, beating Conestoga, Garnet Valley and La Salle, it’s never happened,” Conway said. “It was about respect coming into the year and earning it, so getting to the quarterfinals of states, I think we accomplished that.”

It wasn’t just the seniors, either. Glass and Pfeiffer were the veterans on defense but the Trojans had plenty of standouts on the back end including Licata, Quinn Fonash and Joey Connolly. Seniors Schreiner (14 goals, eight assists) and Solomon were key players as short-stick defensive mids and Schreiner was a key contributor in transition and on the ride. Pfeiffer was stellar in goal, making 167 saves with a 60.7 save percentage and had critical late stops in a district win over Downingtown East and on the final possession against La Salle.

“Being able to put Wissahickon on the map and say we weren’t faking it all season, maybe some people saw those as fluke wins but we showed we’re a real team and are here to stay,” Pfeiffer said.

The Trojans seniors hoped 2021 was only the start for the program but no matter what next season or those that come after bring, this spring was one every member of the team won’t soon forget.

“Every single kid on this team is my brother for life,” Fritz said.