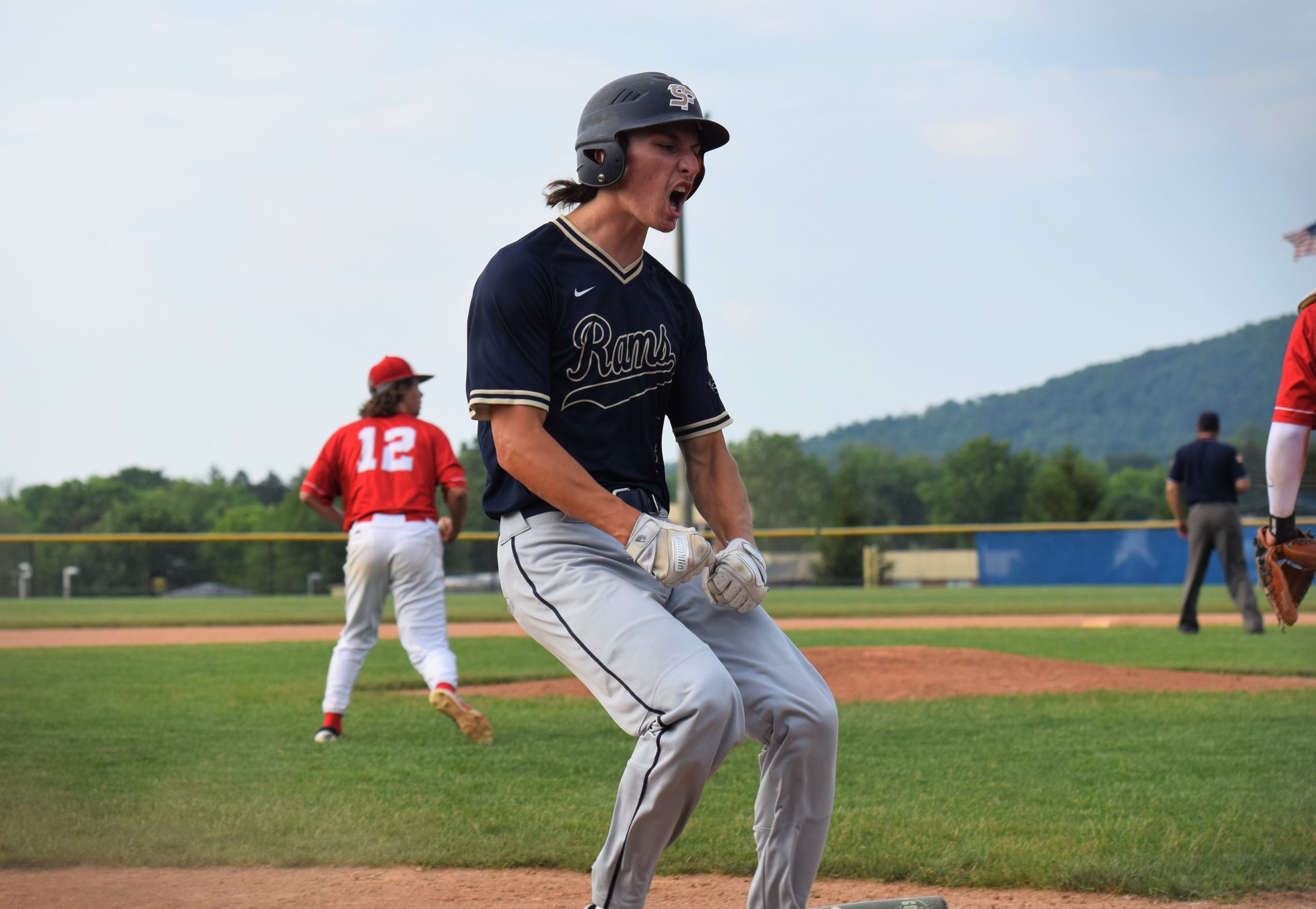 Wilson baseball coach Sal Raccuglia knew that facing Spring-Ford in the first round of the PIAA Class 6A playoffs was going to be a chore.

The Rams proved why Monday at Muhlenberg, coming up with timely hitting, superb defensive plays and outstanding pitching in a 6-1 victory over the Bulldogs.

“They’re a very good team and well-coached,” Raccuglia said. “Everything we needed to happen didn’t. It all went their way.” Spring-Ford pitcher Jackson Malouf delivers to the plate against Wilson during a PIAA 6A first round playoff game Monday at Muhlenberg. (Austin Hertzog – MediaNews Group) Spring-Ford shortstop Griffin Straface makes a tough catch in shallow left field in front of Dylan Ducharme during a PIAA 6A first round game against Wilson at Muhlenberg. (Austin Hertzog – MediaNews Group)

Spring-Ford (17-2), the fifth-place team from District 1, got a two-run single by Jack Kisela in the first inning and another from Nick Cagliola in a three-run fourth. Kisela and Jackson Malouf combined on a five-hitter and struck out 10 Bulldogs (22-3).

“Kisela did a great job,” said Rams coach Rick Harrison, who formerly guided Oley Valley. “He did what we wanted him to do. Jackson did a real nice job, especially against their lefties.

“We know the middle of their order is just deadly. We nullified them pretty well or kept guys off base before they got up.”

Malouf, a senior left-hander, is the son of Kutztown University women’s basketball coach Janet Malouf. He entered the game with two runners on and two outs in the fourth and retired left-handed hitter Danny Estrada on a groundout.

Malouf picked up the win, striking out seven and allowing no runs and two singles in 3.1 innings.

“Getting that first-pitch strike was crucial in order to get ahead of these guys,” he said. “They’re great hitters. I was able to flip my slider in there. And when I needed it, I pumped the fastball by them.

Final: Spring-Ford 6, Wilson 1. Malouf brilliant in relief and gets comebacker to end it and send @SFRamsBaseball into PIAA 6A baseball second round while ending season of District 3 champ Bulldogs pic.twitter.com/rr7RECvp0h Spring-Ford’s Nick Cagliola races for home to score a run against Wilson in a PIAA 6A first round game at Muhlenberg. (Austin Hertzog – MediaNews Group)

Wilson, which beat Gov. Mifflin 11-0 in the District 3 final, scored its only run in the third on Rueben Livingston’s sharp single after Estrada singled and Gabe Bunn walked. The Bulldogs managed only three other singles, two by No. 9 hitter Ryan Graff and one by Randy Carlo.

Wilson left 10 runners on base and couldn’t come up with a key hit. On the flip side, Spring-Ford, the PAC champ, scored its first five runs with two outs.

Harrison wanted the Rams to get ahead early so that the Bulldogs couldn’t go to right-hander Luke Holman in relief to protect the lead.

“That was the game plan,” Harrison said. “After Luke threw four innings three days ago, I anticipated they would bring him in if they got a lead. It was very critical to get an early lead.

“That was important knowing he was coming out of the bullpen. They could have made it a five-inning game if they got ahead.”

Holman pitched the seventh inning and allowed one run and two hits. Right fielder Ryan Kelly threw a runner out at the plate. Carlo made a nice one-handed grab of a roller in the sixth and threw out Jarrett Gordon at first.

“Hugging those seniors for the last time is where my mind is now,” Raccuglia said. “I’m going to miss this group. We had 12 seniors who gave their blood, sweat and tears to this program and to me.”