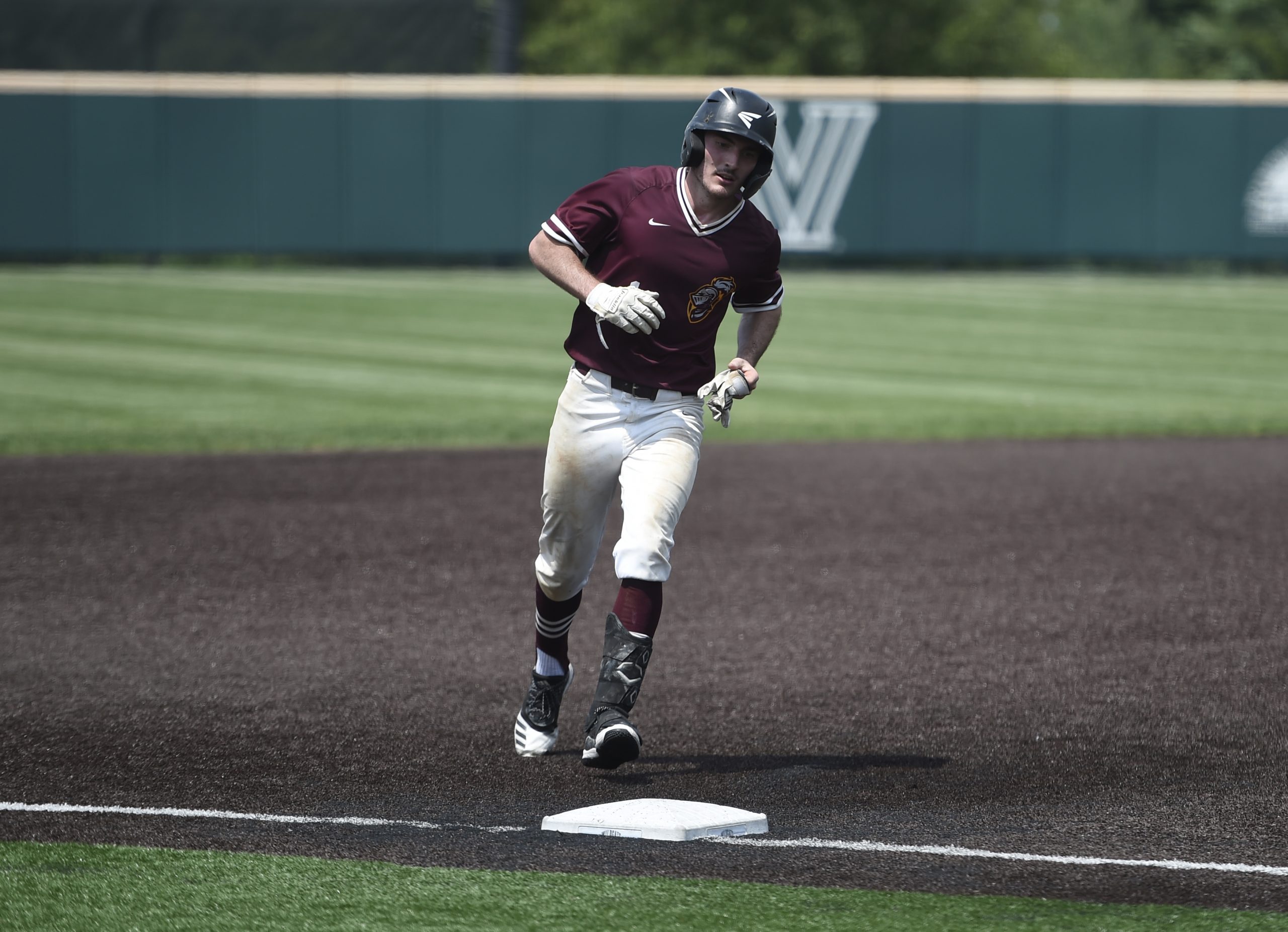 PLYMOUTH >> Boyertown had more base runners, struck out more batters and even likely hit the furthest ball of the day, but sometimes none of those things matter on the baseball field.

A Central High School team powered by a senior at the plate and a freshman on the mound held off the District 1 runner-up Bears for a 3-2 victory in Monday’s PIAA Class 6A first round game at Villanova Park.

The Lancers advanced to the PIAA quarterfinals Thursday against District 7 champion North Allegheny, while the Bears’ season ends at 17-5.

Freshman righthander Pete Heim tossed six strong innings (one earned run), while senior Richard Beggy went 2-for-2 with a triple and homer before recording the game’s final three outs on the bump to help to Central to its first state playoff win since 2006.

“It’s always nice playing under pressure,” said Beggy, who escaped a bases loaded jam in the 7th before jetting for an AP exam. “That’s what the fun of baseball is. Getting out the jam was great. It could have gone a different way, but I just trusted my pitches and kept throwing strikes.”

The Lancers, District 12’s runner-up, jumped ahead in the first when Beggy tripled to deep right off Bears’ starter Trey Yesavage with two outs and scored on a passed ball.

Central had two hits in the first inning and didn’t record another knock until the fifth when Beggy hit another shot to right off Boyertown reliever Ethan Ferraro, this time just over the fence to put his team up 3-2.

The lead stood through the final three innings, even with the Bears advancing runners to third base in two of those frames.

Boyertown loaded the bases with one out in their final at-bat, but Beggy fielded a ground ball back to him for the first out and then induced a fly out to right to end the game.

“There wasn’t a whole lot that went our way,” Boyertown coach Todd Moyer said. “You need a couple breaks and they got a lot of them. We just didn’t make the routine plays on offense that we had the chance to make.” Boyertown had at least one baserunner in every inning of the game.

Evan Hetrick drove in Colin Eisenhard in the second to knot the game at 1-1. Cole Hertzler gave the Bears a 2-1 lead in the third when he drove in Ethan Martin with a sac fly.

The next batter, Yesavage, doubled off the wall in dead center. But even after walking the next two runners to load the bases, Heim made sure no further damage came.

Heim worked his way around five hits and five walks in the game.

“He was just changing speeds a little bit, and when we hit it hard it was right at them,” Moyer said. “Their catcher did a good job blocking balls, throwing guys out. They played a good game. Unfortunately, we didn’t play our best game.”

The youngster Heim said he didn’t have any butterflies taking the ball for his first state playoff game.

“If I’m being honest, I think I’m made for these situations,” Heim said. “I don’t want to be cocky, but I think I’m THAT guy. I’m the guy you can go to in that situation.”

Yesavage allowed just the first-inning run for Boyertown. He struck out four and allowed a pair of hits in three innings before handing the ball off to Ferraro with the Bears ahead 2-1.

Ferraro struck out five in two innings of work, but saw a leadoff walk come around to score on a passed ball in the fourth to tie the game 2-2 before Beggy’s shot just over the fence in right gave Central the lead.

Cole Galloway followed with two inning of scoreless relief to keep the score within one.

“Trey wasn’t feeling so good. … I guess the heat, maybe a long weekend of graduation and prom, the heat got to us a little bit,” Moyer said of Yesavage’s early exit. “Maybe I should have let him go another inning, but I don’t know. The other guys should do it, and we had chances to score runs and we didn’t do it. They made a couple of plays that we didn’t make.” Though its trip to states ended shorter than it surely hoped, Boyertown’s senior class parts ways with the program having returned it to heights the Bears haven’t seen in a few years.

Meanwhile along with boasting the program’s first PIAA win since their coach Micah Winterstein suited up for the Lancers, Central’s seniors also helped earned the Public League’s second state win in the large-school classification (Frankford 2017) since 2010.

“It’s awesome,” Beggy said. “It was probably the guys in the field making the plays. It felt like they had no room to get any cheap runs and they didn’t.”

NOTES >> Hetrick and Tyler Hoffman (double) had Boyertown’s other hits. Evan Holahan and Ethan Tom had the other knocks for Central. … Holahan caught a pair of runners stealing for Central. Myers threw out one runner for the Bears. Boyertown’s Ethan Martin celebrates with his teammates after scoring a run during a PIAA Class 6A first round game Monday at Villanova Park. (Owen McCue – MediaNews Group)