North Penn handles Northampton in first round of PIAA-6A playoffs 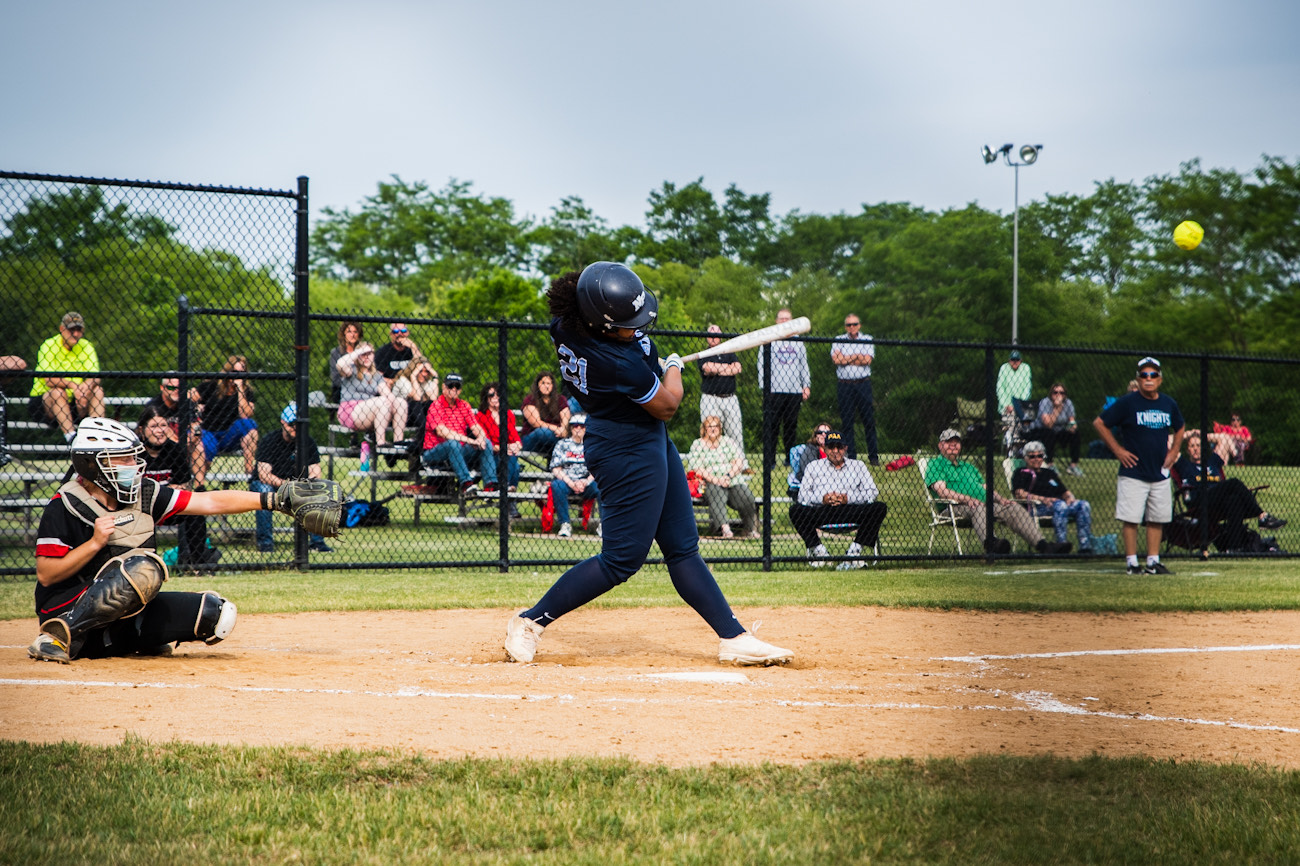 ALLENTOWN >> North Penn got contributions up and down its lineup in its 7-0 win over District 11 champion Northampton Monday night in the first round of the PIAA-6A state playoffs at Patriots Park in Allentown.

The Knights lineup totaled 10 hits and four doubles. Seven of the nine spots in the lineup reached base while five scored runs and four different players tallied an RBI.

The scoring started in the top of the second inning. With two outs and nobody on base, No. 7 hitter Carley DiGiuseppe singled and Sophia Collins followed with an RBI double.

In the top of the third, leadoff batter Julia Shearer led off with a double, advanced to third on Annabella Smink’s sacrifice bunt and scored on a wild pitch, doubling North Penn’s lead to 2-0.

District 1’s fifth seed blew the game wide open in the top of the fourth, pushing across five runs on five hits in what would be Northampton’s starting pitcher’s final inning. DiGiuseppe and Collins started the inning with back-to-back singles and Shearer followed two batters later with a one-out single to load the bases. After the second out, Smink was hit by a pitch to bring home a run. Gianna Cimino followed with a two-run double and Bri Wilmot delivered a two-run single to give the Knights a 7-0 lead that would hold up as the final score.

“My coach said try to break it open,” Cimino, who was 2-for-3 with two doubles, said of her fourth-inning at-bat. “I was just going up there trying to get a single. I got a double which is even better. It was great.”

“Against a good pitcher like (Northampton’s Kaira Zamadics), in this environment, a lot of these kids are younger,” North Penn coach Rick Torresani said. “We got some big hits. Sophia and Carley got us a run. Gianna and Julia – it was just a combination of everybody playing well. Obviously great pitching and great defense. That’s the key.”

Mady Volpe was one of the two Knights not to reach base in her three at-bats, despite hitting one of the hardest balls of the night that Northampton’s third baseman stopped to save an extra-base hit. The senior still put her imprint on the game, however, when she stepped into the pitching circle.

The first hit Volpe allowed was to the first batter she faced – Northampton’s Rilee Ehrlacher singled to left field.  North Penn catcher Sarah Sabocsik threw her out stealing second and the Knights never lost the momentum.

“We talked in the beginning of the game about keeping the momentum on our side,” Volpe said. “Sarah is an excellent catcher. She may be small, but she’s crazy good. I think that was the turning point in the game.”

“Our goal is to get to State College,” Torresani said. “That’s our goal and that’s been our goal since Day 1. We got two more games to get there but one at a time. The girls will come out and play hard and we’ll see what happens.”