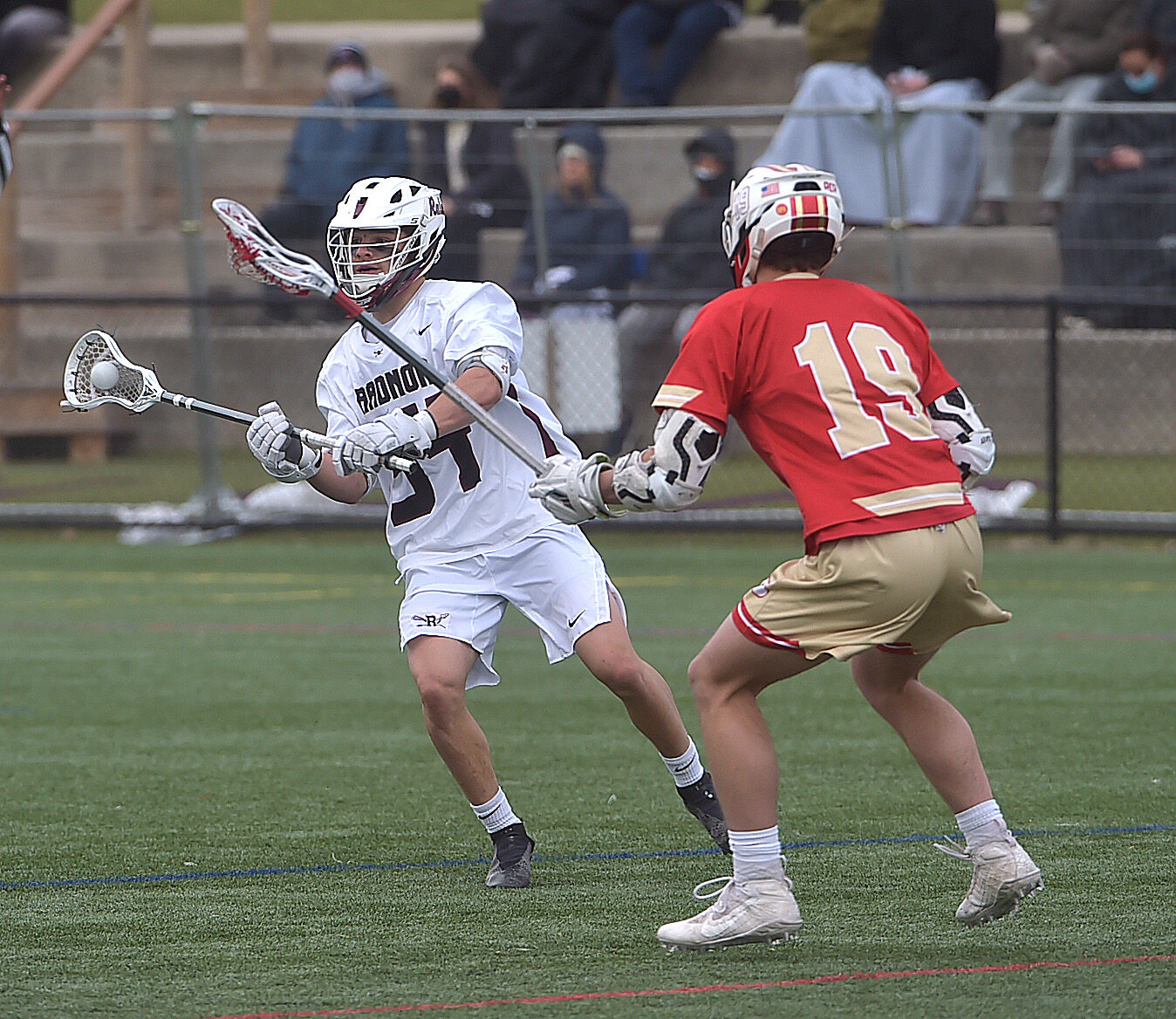 WEST GROVE — Mark McKeon has been asked the question plenty of times.

Why be a short-stick defensive middie? Why be the guy on Radnor tasked with tracking opposing middies on their care-free dodges, the guy absorbing punishment on clears, the guy whose biggest in-game reward is to hand the ball off to the attack and retreat to the sideline knowing nothing bad happened?

In Saturday’s PIAA Class 3A quarterfinal at Avon Grove, McKeon got a goal for his trouble, his seventh of the season on a solo sortie through three defenders with eight seconds left in the first half. But for as emphatic as his celebration was then, there’s even more pride in him helping Radnor keep Wilson to just one goal over three quarters in a 15-3 rout of the District 3 champions.

McKeon’s goal was the cherry on top of a workmanlike second quarter that suffocated Wilson and leads Radnor (21-2) to a state semifinal against Conestoga on Tuesday. Radnor scored seven times in that quarter, leading 10-1 at the break and giving the varsity the fourth quarter off.

McKeon supplied the exclamation point. After a defensive stop, the football player dashed past one defender, through two more that converged and rifled a shot home.

“We practice it pretty much every day, running down the field, clearing the ball,” McKeon said. “It’s happened before, in the Haverford game, when I was running down field and Damien (Ramando) was telling me, ‘go to goal, go to goal.’ All that’s in my mind is to go to the net and do anything I can to get the ball in the back of the net.”

Any goal with eight seconds left in the half would get the bench going. But when it’s McKeon, given all the dirty work he does with his signature blend of grit and skill, the intensity ramps up even higher.

“That was awesome,” attackman Ryan Goldstein said. “They slid to him but they were just kind of checking his stick. And that got everyone hyped up before halftime.”

The man down for Wilson was the guy guarding Ryan Goldstein. 5-0 Radnor. I’ll be in the shade if you need me pic.twitter.com/61wq0Y7VNq

Beyond that, it was a fairly routine outing for Radnor, of the “District 1 mauls Western competition” genre. Brayden Skipper made a few saves early for Wilson, and Matt Stitzel was 14-for-21 at the X. But only Gavin Lenhart’s goal at 5:54 of the second quarter stood for the Bulldogs effort in the face of Radnor’s smothering defense, led by McKeon, Vitale and the panoply of poles behind them. What shots did filter through were dutifully handed by Robert Hobbs, who made five saves.

Radnor’s offense, meanwhile, did what it wanted. Goldstein had three goals and three assists, the Cornell commit exploiting soft spots near the crease. Jack Murphy fired home four goals, and Ramando added two goals and a helper in a short shift. Charlie Bernicker and Tommy DeShan contributed a goal and an assist each as Radnor rotated liberally through its three deep midfield lines.

It was all very business-like, following the hardhat model that McKeon exudes.

“The biggest key to our success right now is how hard we work in practice,” McKeon said. “I’ve been in this program for three years, and this is the hardest working group of guys I’ve ever been a part of.”

Charlie Bernicker the dodge, the fake, the shot, the hit?, the goal.
4-0 Radnor pic.twitter.com/fpIm3VeMbO