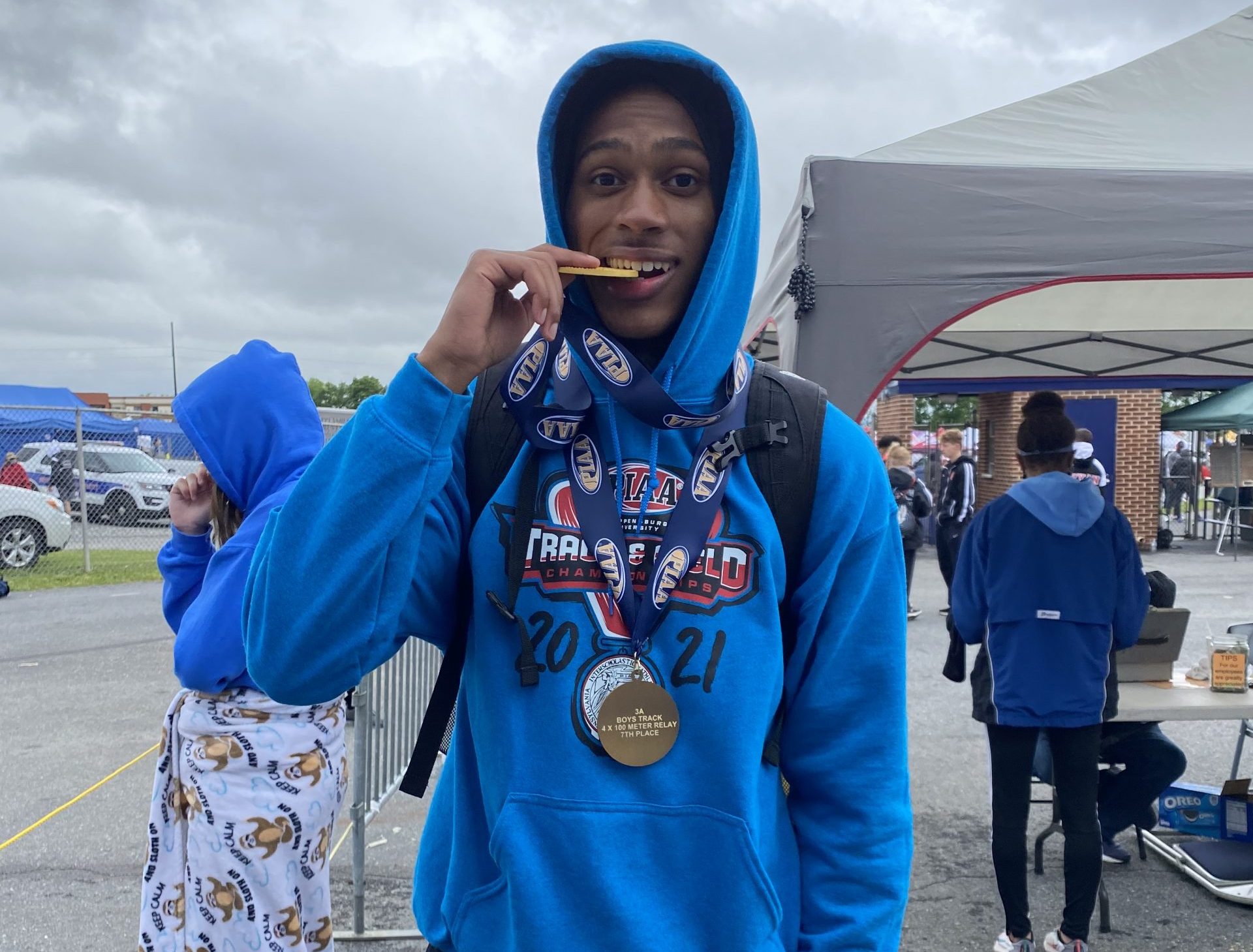 Norristown's Jaden Brown took a bite out of the competition at the PIAA Championships, taking first in the Class 3A 100-meter dash. (Submitted Photo)

It was his first full season of high school track, and Jaden Brown was performing at the state championships.

He jogged to the starting line, the freezing winds providing an added, persistent challenge.

However, no form of adversity was going to keep the Norristown junior from proving he was the best in the state.

“It was really exciting,” Brown said of his PIAA Championships experience this past weekend at Shippensburg University. “Once I crossed the line, there was that feeling of ‘yes, I did it.'”

Brown sprinted to the gold medal in the 100-yard dash, outracing all of the top competition from Pennsylvania with a winning time of 10.65 seconds.

Closest to him was Seneca Valley’s Tyler Yurich, who finished second in 10.71.

Brown’s ascension has been a rapid one. He came out for track for the first time last year, but the season would be wiped out due to the pandemic.

This year, he immediately showed promise in the 100 and continued to work at his craft.

He captured the District 1-3A Title with a time of 10.71 seconds at Coatesville, then got ready for states.

“The conditions were not ideal,” his coach, Milton Williams, said of the cold, windy day at Shipp. “But he was able to get it done anyhow.”

Brown stands at 6-foot-3, and he’ll tell you with a laugh that he “didn’t make the basketball team.”

He has certainly found a home on the track. Brown notched the top time in the state in the 100 dash earlier this season and went on from there.

And he’s not satisfied.

“I was hoping to get lower,” he said of his time at PIAA’s.

“It gives him some lofty goals for next year,” Williams said, “trying to replicate what he did and win it again.”

Brown is also working at adding the 200 to his repertoire, and will be running some AAU meets over the summer. Competing at the college level is a definite goal.

Bringing a state title back to Norristown provided a tremendous thrill for the junior.

“I feel kinda popular,” he says with a chuckle, “but I have to stay humble. You never wanna get cocky.”