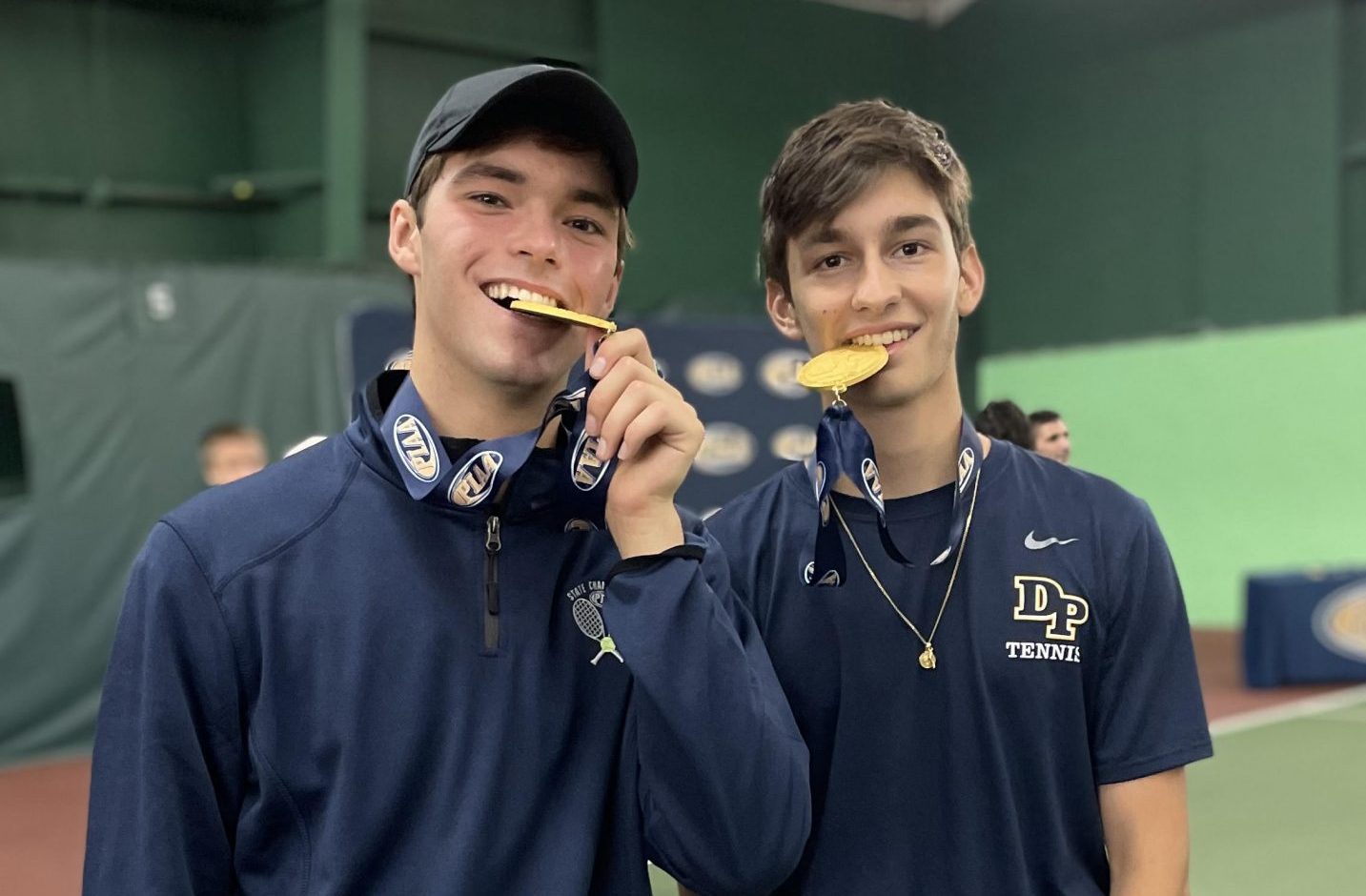 Since making the move in 2018, every athlete from Devon Prep has learned at least a few lessons from the challenge of competing in the Philadelphia Catholic League. Senior Ryan Bill and junior Mitchell Bramlage put those lessons to work on Saturday, making school history in the process.

Bill and Mitchell put together two straight-set wins on Saturday to complete an amazing run at the PIAA Class 2A Tennis Championships, bringing home the state doubles title, for the first state championship of any type on the tennis court in school history.

“It feels great to represent Devon and bring back a state title to the school,” said Bill, who is headed to Temple University in the fall. “Winning the first tennis state title in school history is an amazing feeling. Mitch and I couldn’t have done it without the support of the rest of the guys on the team.”

Bill and Bramlage handled Fairview’s Grayson Millette and Aidan Piazza, 6-3, 7-6 (7-2), in the championship match on Saturday at Hershey Racquet Club. Earlier in the day, the pair rolled over the Dallas duo of Tucker Chesman and Dan Flynn, 6-3, 6-2.

On Friday, Bill and Bramlage won their opener, 6-1, 6-0, over Quaker Valley’s Will Sirianni and Thomas Pangburn. Their quarterfinal match was the only one to go to a third set, with the Tide duo pulling out a win over the District 3 champions from Lancaster Catholic, Brendan McNamara and George Brubaker, 6-3, 3-6, 6-4. “Today was the culmination of everything the program has been working toward,” said Bramlage, who was selected as the Philadelphia Catholic League MVP for the second straight season. “Ryan and I couldn’t have done it without the help of our coaches and fellow teammates. We played some great matches in the tournament, especially against Lancaster Catholic, Dallas, and Fairview, all of whom were excellent players. There are few things more satisfying then seeing years of hard work paying off in the best way possible.”

Bramlage completed an amazing run through districts and states, where won every single one of his service games.

“Mitchell and Ryan have an indescribable chemistry that is unmatched,” said first-year Devon Prep head coach Lauren George. “The whole is truly greater than the sum of its parts and it was a treat to watch all their hard work come together on the court today against some incredible athletes.”