District 1-6A Baseball: Hertzler settles in, Boyertown breaks out late in win over W.C. Henderson 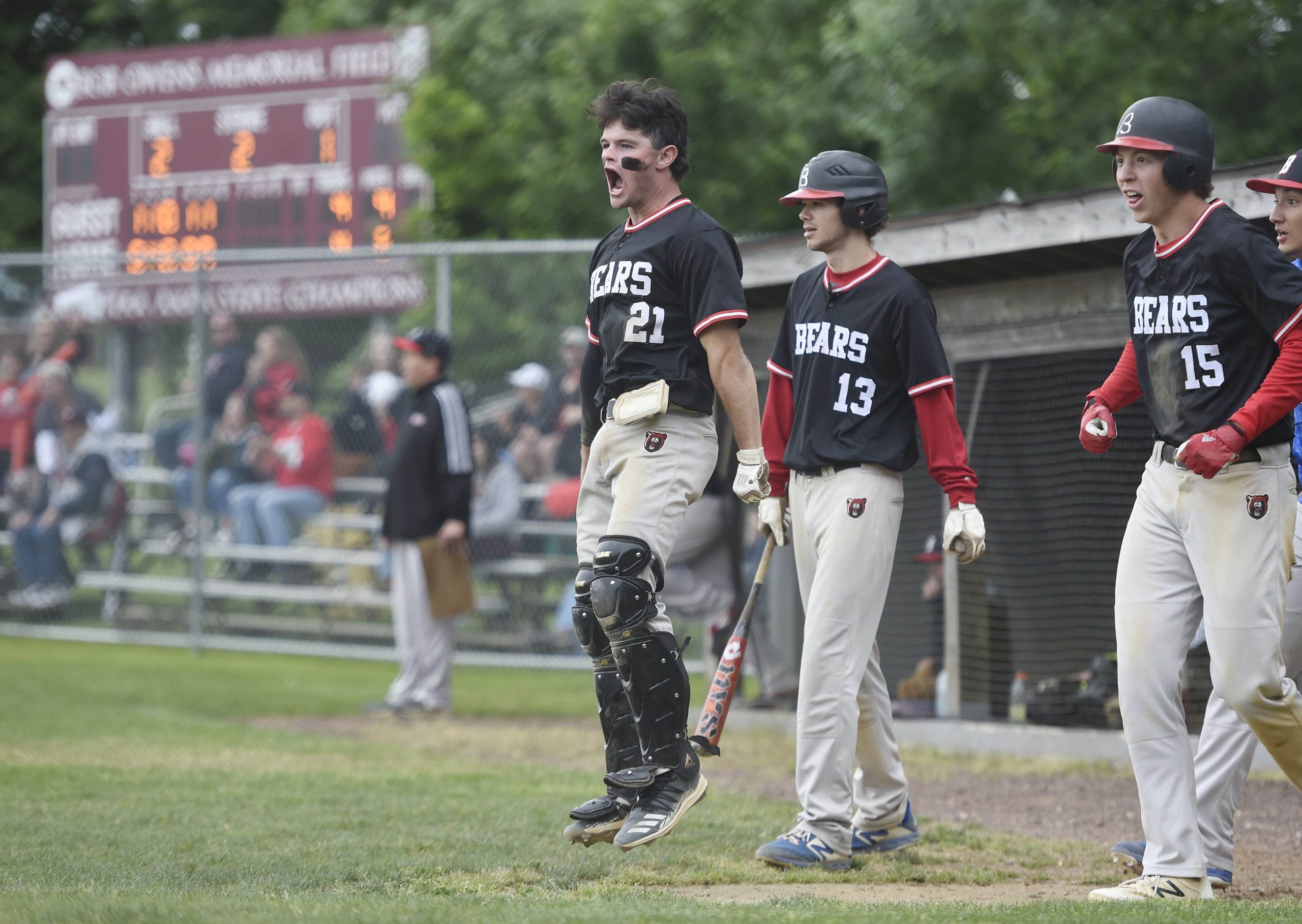 WEST CHESTER >> The team that imposes their will and puts pressure on its opponent is usually the baseball team that prevails.

Friday morning at Bob Owens Field in the District 1 6A quarterfinals, the fifth seeded Boyertown Bears scored in every inning but the third and benefited from numerous West Chester Henderson miscues to topple the fourth seeded Warriors, 12-4.

Boyertown pitcher Cole Hertzler was very effective for the Bears after a shaky second inning where the Warriors scored four runs. After the second, he gave Henderson (16-6) nothing, allowing just one single. Hertzler had a nice combination of a live fastball and good breaking stuff in an impressive 104-pitch effort to bedevil the Warriors hitters.

“After the second inning I went into the dugout and put on my sweatshirt and just refocused,” Hertzler said. “I just relaxed and came out and tried to make good pitches and dominate. My fastball felt very good and then I used my breaking stuff and that was tough for them. I felt strong to the end because I conserved a lot of my effort to have plenty left.” The Warriors jetted out to a 4-2 lead in the bottom of the second inning when they put together a five-hit, four-run effort with Zach Klein ripping a two-run double and Kevin Wheeler lacing an RBI single. But that was all the offense the Warriors would muster against the gutsy Hertzler.

The Bears kept chipping away at the Henderson lead. Boyertown scored single runs in the top of the fourth and fifth innings to tie the game at 4-4. The Bears had just four hits to account for their four runs but the shaky Warrior defense helped the Boyertown cause. The Warriors made five errors and many other mental mistakes on the day aiding the Bears cause.

“Today we played very unlike ourselves,” West Chester Henderson coach Luke McNichol said. “Give them credit. They put the pressure on us. … They stole bases, our errors and wild pitches and errors on pickoff plays all are like hits for them. We just did not play like we are capable of playing today.”

Boyertown broke the game open in the sixth inning off West Chester Henderson reliever Klein. Boyertown sent 11 men to the plate, scoring six runs on five hits. West Chester Henderson also walked three Bears batters and the big hits for Boyertown came from Tyler Hoffman who ripped a two-run single and Hertzler, who helped his own cause with a RBI single of his own. When the carnage was over Boyertown had complete control of the game at 10-4.

The Warriors got their first hit since the second inning in the bottom of the seventh inning when Wheeler led off with a single to left field after Dylan Grim was hit by a Hertzler pitch to put two men on with no one out. But, Hertzler struck out Dean O’Neill and retired Eddie Smink and Brett McCartney to end the game and send Boyertown into the District 1 Final Four on Tuesday where it will host No. 9 North Penn, which upset top-seed Spring-Ford in the quarterfinals.

“Cole had a tough second inning but he refocused and a lot of sideline noise helped him to do that,” Boyertown coach Todd Moyer said. “And he is a battler. And our lineup’s tough. We have some big guys up top and some little guys at the back and we like to put pressure on teams with bunts and on the bases and it worked real well for us today.”