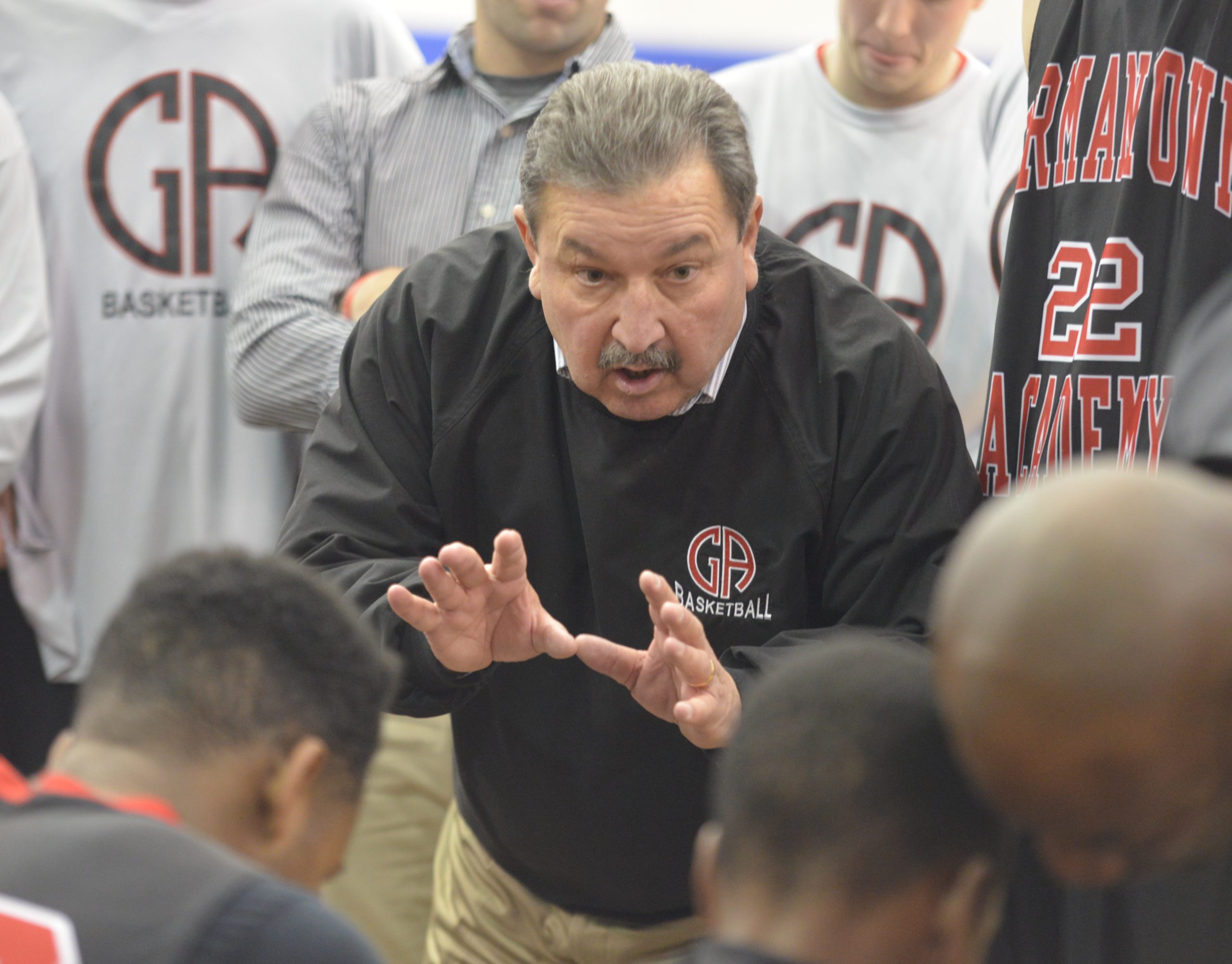 The Philadelphia area lost more than just a great coach this week. It lost a great human being.

“A true family man, Jim always made GA, his students, his players, and his colleagues feel like his extended family,” GA Head of School Rich Schellhas said. “How truly blessed we are to have known him. As a man, as a role model, he taught us to be defined by love, by relationships, by kindness, by passion, and by integrity – and never by our wins and losses. Jim’s accomplishments as a basketball coach, athletic director, and history teacher at GA are astounding, but his legacy is, and will always be, his heart.”

While the wins and losses weren’t as important as other values, Fenerty’s teams did a lot of winning. He won 626 games as a head coach between 30 years at Germantown Academy and eight years at Bishop Egan. With the Patriots, his teams won a record 17 Inter-Ac championships and totaled 17 20-plus win seasons. His 2001-02 team ranked as high as No. 5 in the nation and he led the program to its first Pennsylvania Independent Schools Athletic Association title in 2013.

“He believed in you more than you believed in yourself,” Jim’s son Jimmy Fenerty, a 2009 GA grad, said of what made his father such a great coach. “He demanded high standards but he was never demeaning, he was never a bully. He knew who you could be and he was going to hold you to that standard every single day, but he was also going to be your biggest advocate along the way. I thought that was important to him.”

A number of former players shared their thoughts on social media Wednesday after hearing the news of Fenerty’s passing.

“So much more than a coach,” 2016 grad Devon Goodman tweeted, “and a LEGEND (in) every sense of the word! Love you forever Poppa Fen.”

“Love you Coach,” 2017 grad Evan-Eric Longino tweeted. “My heart is with you and your family. RIP to a legend! Thank you for the impact you’ve had on not only your players and students, but everybody’s life you have touched. We’re all forever grateful for knowing you. God Bless.”

His impact reached beyond the Germantown Academy community.

“Terrible, terrible news,” longtime Saint Joseph’s University men’s basketball coach Phil Martelli tweeted. “Jim Fenerty had a passion for each and every player, truly loved the game and gave back repeatedly. All who came in contact with him are better for their time spent. Prayers for his wonderful and loving family! Hard to comprehend!”

“Rest in peace to a legend,” 2015 Haverford School grad and Temple alum Shizz Alston tweeted. “Helped me realize the work I had to put in in the offseason to compete against his teams. Praying for my guy (Temple coach Jimmy Fenerty) and the rest of the family.”

Fenerty, a member of the Germantown Academy Honorary Alumni Class of 1760, also made an impact off the basketball court at GA. He taught history, guided students through the college recruiting process and oversaw the school’s entire athletic program from 1994-2017. During his time as athletic director, Fenerty helped create the GA Athletic Hall of Fame and played a big role in expanding GA-PC day to include girls sports and, eventually, every fall sports team. He was also very active in the Coaches vs. Cancer program.

“(GA) was his second home,” Jimmy Fenerty said. “It wasn’t his second family – that was his family. We were a part of that and we were lucky to be a part of that. The calls that we’ve gotten – it’s not all athletes. It’s a lot of guys who were in theatre, guys who were in his homeroom and people who just loved him from all different parts of the school. That’s what GA is all about and he was a big part in building that. We were lucky. He loved GA and he loved what it stood for and he loved the people.”

“Jim Fenerty was one of the most selfless people I have ever met,” GA athletic director Tim Ginter said. “The ultimate teacher, whether on the court or in the classroom, he treated everyone the way they deserved to be treated. He loved every student at GA like they were his own. Words cannot describe the hole in our collective hearts.”