Great Valley keeps it together, upends Wissahickon in District 1-3A 2nd round 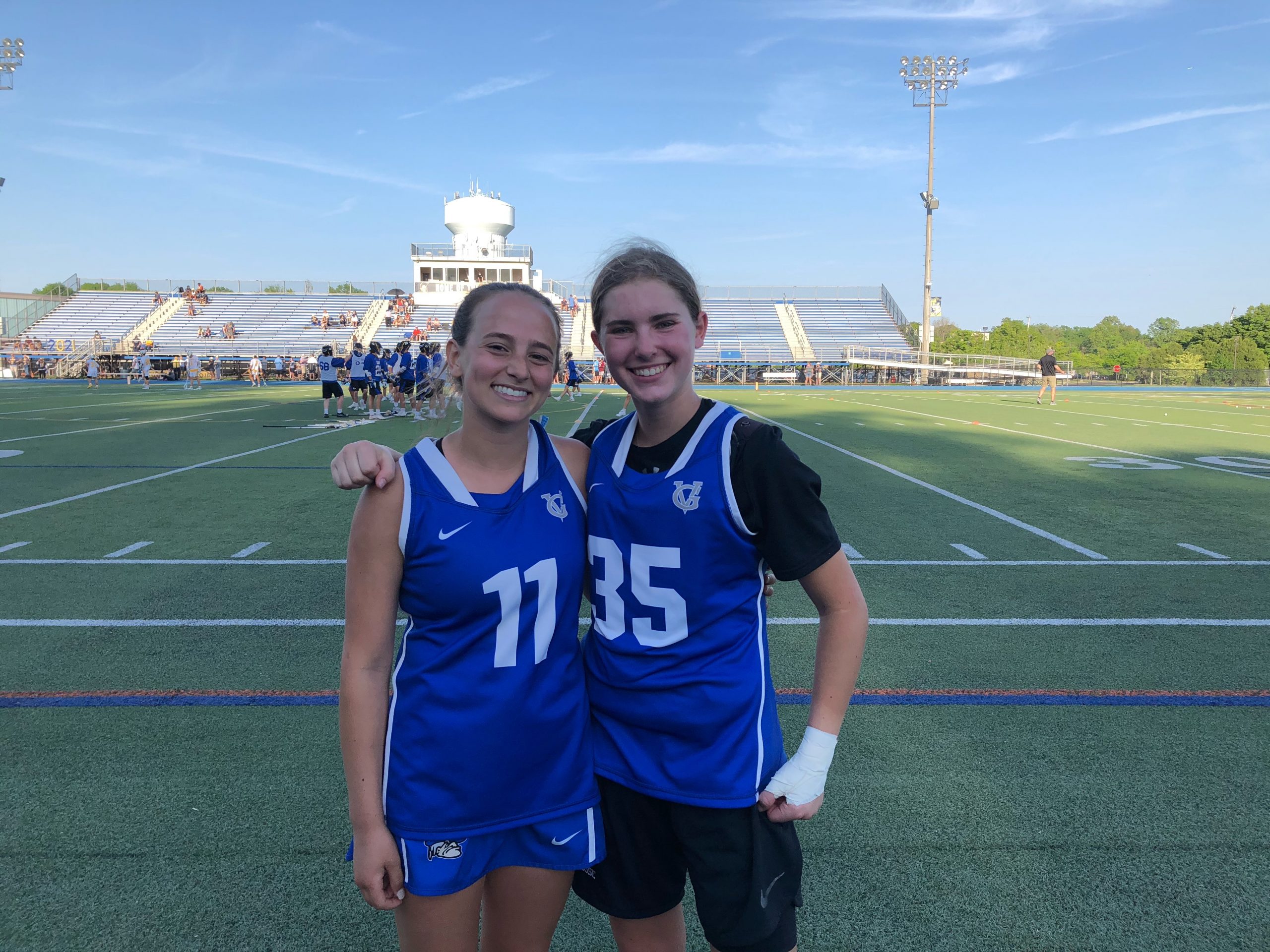 LOWER GWYNEDD >> While frustrations were mounting on the other side of the field, the Great Valley girls lacrosse team kept going for goals.

While host No. 6 Wissahickon was getting upset with what it felt was a lack of calls, the No. 11 Patriots didn’t get caught up in the emotions and kept focusing on the next possession. They had jumped out early, but really took advantage at the start of the second half and turned a close game into a runaway.

Great Valley’s composure added up to a 15-7 win over the Trojans in the second round of the District 1 3A playoffs on Thursday.

“The biggest thing today was with the competition and the aggressiveness, we kept our composure,” GV senior Marlena Alleva said. “We stayed as a team and didn’t get mad at each other. That’s the best thing about this group, how much we work together.”

Facing its second straight opponent out of the SOL American after besting No. 22 Upper Dublin in the opening round, Great Valley came out ready to go. It took just 20 seconds for Alleva to come up with the opening draw, go down the field and deposit the game’s first shot in the back of the net.

The Patriots went up 2-0 before Wiss came back to tie but a yellow card on the hosts with 10:22 left in the half started things in the wrong direction for the Trojans. Sophia Geibel made a great play, pressuring the goalie after a save and knocking the ball free before scooping up the ground ball and scoring on the open net for the go-ahead goal while also up a player.

“We had a lot of great athletes and I almost can’t believe it’s over, I feel like you didn’t even get to see Wissahickon play today to be honest,” Wissahickon coach Jamie Kane said. “Today was frustrating but it was still an amazing season.”

Wissahickon captured an undefeated SOL American title and despite losing five starters, Kane said the local youth program is strong. She’s hoping that leads to more players feeding into the high school team as the Trojans look to take the next steps competing at the district level.

Adding to Wissahickon’s frustrations was the play of Great Valley sophomore goalie Sydney Manning. With her defenders putting plenty of pressure on the Trojans’ top shooters, Manning backed them up with a wall-like showing in goal that included 10 saves.

She stuffed a few good shots by Wiss early in the game, never allowing the hosts to take a lead and opening the door for her team to rebuild its advantage after Geibel’s hustle play put Great Valley back in front. Even with Wissahickon winning the majority of the first half draw controls, Manning proved to be the equalizer.

“They had some good shooters but after getting those big saves, we could feel momentum,” Manning said. “Our defenders did so well with the doubles and holding them up. The communication was really on point tonight.”

Kane said Manning was the best goalie she’s seen this spring and credited the Patriots for their overall level of play, especially in moving the ball and finishing their chances.

A big save by Manning led to a quick transition from Great Valley that ended with Alleva finding Sydney Lavin for a goal before the Patriots senior scored her second goal of the opening half a few possessions later. Wiss scored with 1:06 left in the half and trailed 6-4 at the break to stay withing striking distance.

The two-game margin didn’t last long as Great Valley started to take control. Megan Corrigan was able to chase down a ground ball behind the cage and score it, then adding a second while a player up as the first leg of a 6-0 run to open the half.

“We never take a lead for granted and we never want to let a team come out from halftime hotter than us,” Alleva said. “We just come out with a better attitude and want to keep scoring.”

Wissahickon was shown three yellow cards in that span, with the last giving the Trojans four on the day and putting them a player down for the final 14:27.

“We had to play down two girls because of cards at one point, and being down a player totally changed the flow of the game,” Kane said. “The mental part of the game is huge, feeding off each other’s goals, being able to get the ball back on the field and facing defeat when they score is all part of the game and us feeling like we weren’t getting any calls really changed our mindset.”

Holding a 12-4 lead, Great Valley saw Wissahickon mount a rally with the hosts scoring three of the next four goals, two on eight-meter takes, to get within five with 9:59 on the clock. Manning came up with another important stop to quell the run and the Patriots were able to burn 3:44 off the clock before Claire Stewart scored for the visitors.

Great Valley will face No. 3 Garnet Valley in the quarterfinal round Saturday. A loss won’t end either team’s season with six teams from District 1 advancing to the PIAA tournament and the Patriots weren’t overlooking they’ll have at least two more games together.

“It means everything,” Alleva said. “It really means a lot, especially being a senior this year and with how COVID affected everything, we know how much it means to keep playing together with everyone.”