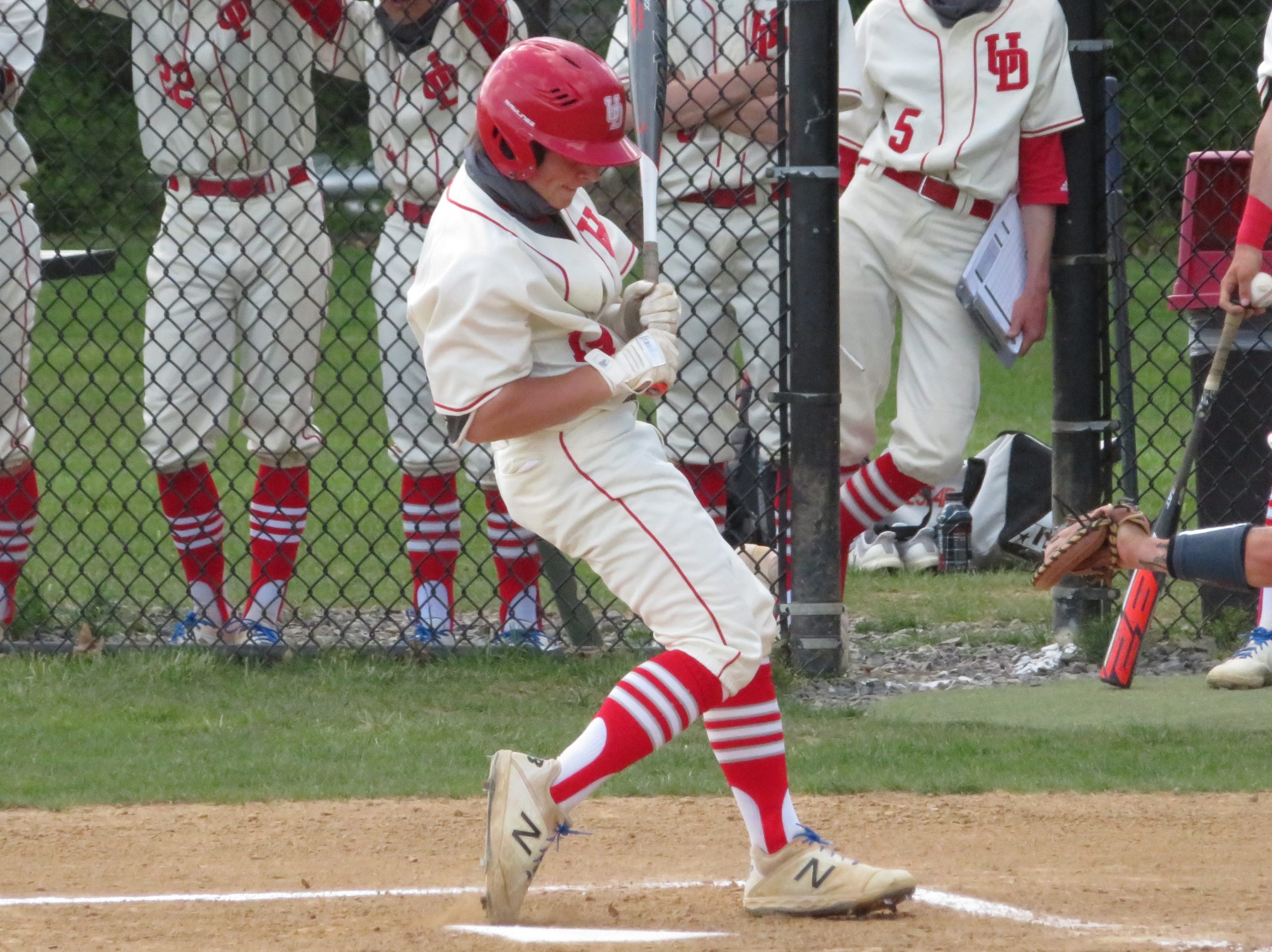 UPPER DUBLIN >> After starting the season with seven straight losses, Upper Dublin had a players-only meeting. The seniors preached accountability and playing for each other.

They haven’t lost since.

The Cardinals (12-7, 4-5 SOL American) relied on their offense early and pitching late to keep the win streak alive.

After leaving the bases loaded in the bottom of the first inning, Upper Dublin pushed four runs across in the second. Leo Soriano and Jared Levis singled to start the frame and Brendan O’Brien followed with a two-run single.

“That was huge,” Upper Dublin coach Ed Wall said. “That’s his best hit on the season. (O’Brien’s) a sophomore that defensively – he covers so much territory out there (in center field). We’ve seen him put a charge in the ball, but for him to get that down the line and score those two runs there – that’s gold. Him, Soriano and Levis are three sophomores that we’re really excited about and they have been doing a real good job at the plate so far.”

Kyle Rizzo was hit by a pitch and Lombardo walked to set the table for more runs. They stole second and third before Rizzo scored on a failed pickoff attempt. Tyler Lizell singled home Lombardo to make it 4-0.

O’Brien led off the bottom of the fourth inning with a walk and Rizzo singled to put runners on the corners with no outs. Rizzo stole second and both runners scored on Lombardo’s double, extending the Cardinals lead to 6-0.

“I was just thinking left-center gap the whole game,” Lombardo, who went 2-for-3, said. “We’ve all been thinking our power alley is the opposite gap. I was just looking for a pitch to hit and I got one.”

The Trojans (9-10, 3-6 SOL Liberty) offense woke up in the top of the fifth. The first five batters of the inning reached base and scored. Ben Junker,  Kasey Weiss, Jackson Tappen and Joe Hornig all tallied an RBI and Weiss scored on an error to make it 6-5.

“I’m proud of the way we fought back there,” Wissahickon coach Andy Noga said. “We just waited too long to come back into the game. We felt very confident – we had two very good days of practice after a couple tough losses earlier in the week. I was proud of the way they responded in practice, it just didn’t translate in those first few innings.”

With runners on second and third and one out, Upper Dublin went to its bullpen. Justin Richman came in and got a pop up to the catcher and a groundout to third base to end the threat.

Karan Acharya came in for the six-out save. He threw two perfect innings with one strikeout.

“Acharya’s been a jack of all trades,” Wall said. “He threw a very good game, a win, here last week and he’s come in in relief just like that at the end of the week if we haven’t used him. He had a rocky start just like most of our pitching did, but he’s jumped in there right with them and did a good job dealing a lot of strikes and a lot of soft contact. Couldn’t have been happier with his outing.”

Junker pitched the final two innings for Wissahickon to keep the visitors within one run. He struck out four batters to no walks and allowed one hit.

Upper Dublin sits No. 6 in the District 1-5A rankings. The top 12 teams make the playoffs and the top four teams earn a first-round bye. Wissahickon fell to No. 10.

“We still have a tough one left on Tuesday to determine our fate against PW,” Noga said.