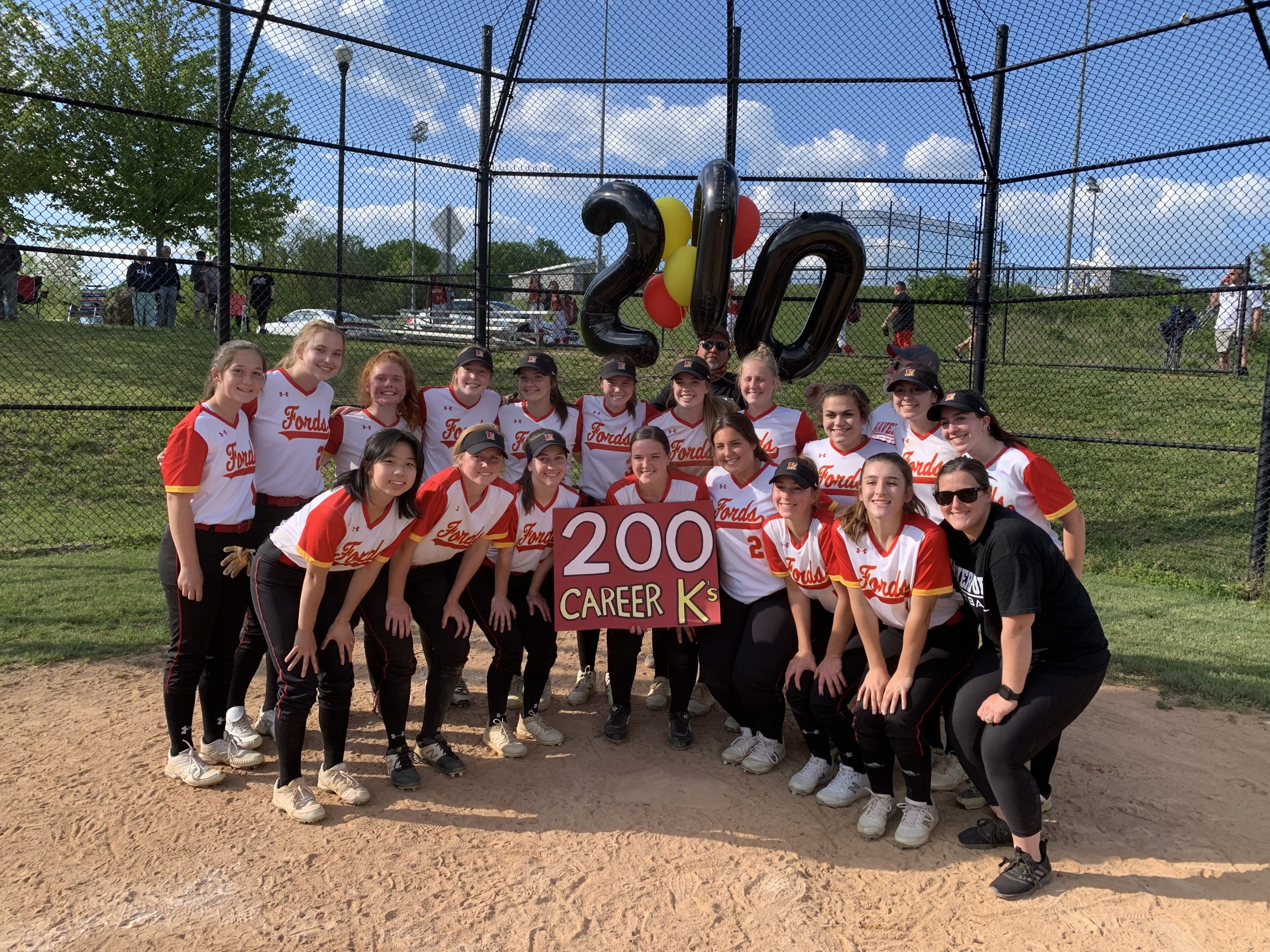 Taylor struck out 15 Patriots in a four-hit complete game. The junior has racked up 213 Ks in less than two seasons of varsity ball.

Haverford’s Kerri McCallum drove in what proved to be the winning run with a third-inning single.

Ridley 5, Interboro 2 >> The Green Raiders (17-2) rolled to another win thanks in large part to the pitching and hitting of Madison Chapman. The senior blasted a solo home run in the first inning and went the distance from the circle, striking out 11 along the way.

Logan Stewart drove in a run with a triple and Kyla Valver went 2-for-3 with a double for the Bucs. Billie Kerwood had six strikeouts in the loss.

Garnet Valley 8, Cardinal O’Hara 1 >> The host Jaguars scored six runs in the first inning and cruised past the Lions.

Anna Sidlowski had a perfect game into the fourth inning. She gave up two hits and one walk while striking out nine in five innings of work. At the plate she helped her cause with a double and two RBIs.

Kate Dugery delivered the big blow with a grand slam. Annie Bechtold went 3-for-4 with a pair of RBIs and Emily Orsini finished 2-for-2 with a double and two RBIs for the Jags.

Meridith Hannigan had an RBI single for the Lions.

Conestoga 5, Marple Newtown 4 >> The Pioneers plated four runs in the bottom of the seventh inning to beat the Tigers.

Lindsay Walsh finished 3-for-4 with two RBIs and a run scored for Marple.

Chichester pounded out 18 hits and worked nine walks in a 20-4 shellacking of Springfield.

Every Chi player who entered the game had at least one RBI.

Zach Tropiano had a nice day for the Cougars, going 3-for-3 with two RBIs and a run scored from the leadoff spot.

For the Bucs, Josh Boylan was 3-for-3 with five RBIs and Nate Smith added two hits and two RBIs.

Penn Charter 2, Haverford School 0 >> Ryan Reed was a tough-luck loser on the mound as the Fords ace allowed three hits and one earned run while striking out seven in six innings of work.

Jake Stacey, Ryan Getz and Colby McNeely all had a hit for Haverford (18-7).

Danny Will pitched a gem for the Quakers, a three-hit shutout with nine Ks. With the win, Penn Charter clinched at least a share of first place.

The Inter-Ac will host its first playoff tournament beginning May 18.

Emily Reynolds collected three goals and two assists for the Tigers. Olivia Ebersole, Ava Corr and Bella Dreger all had two goals, while Ella Dalessandra pitched in with a goal and four assists.

Downingtown East 26, Sun Valley 2 >> Carli Komorwoski and Riley Purfield each netted a goal for the Vanguards.