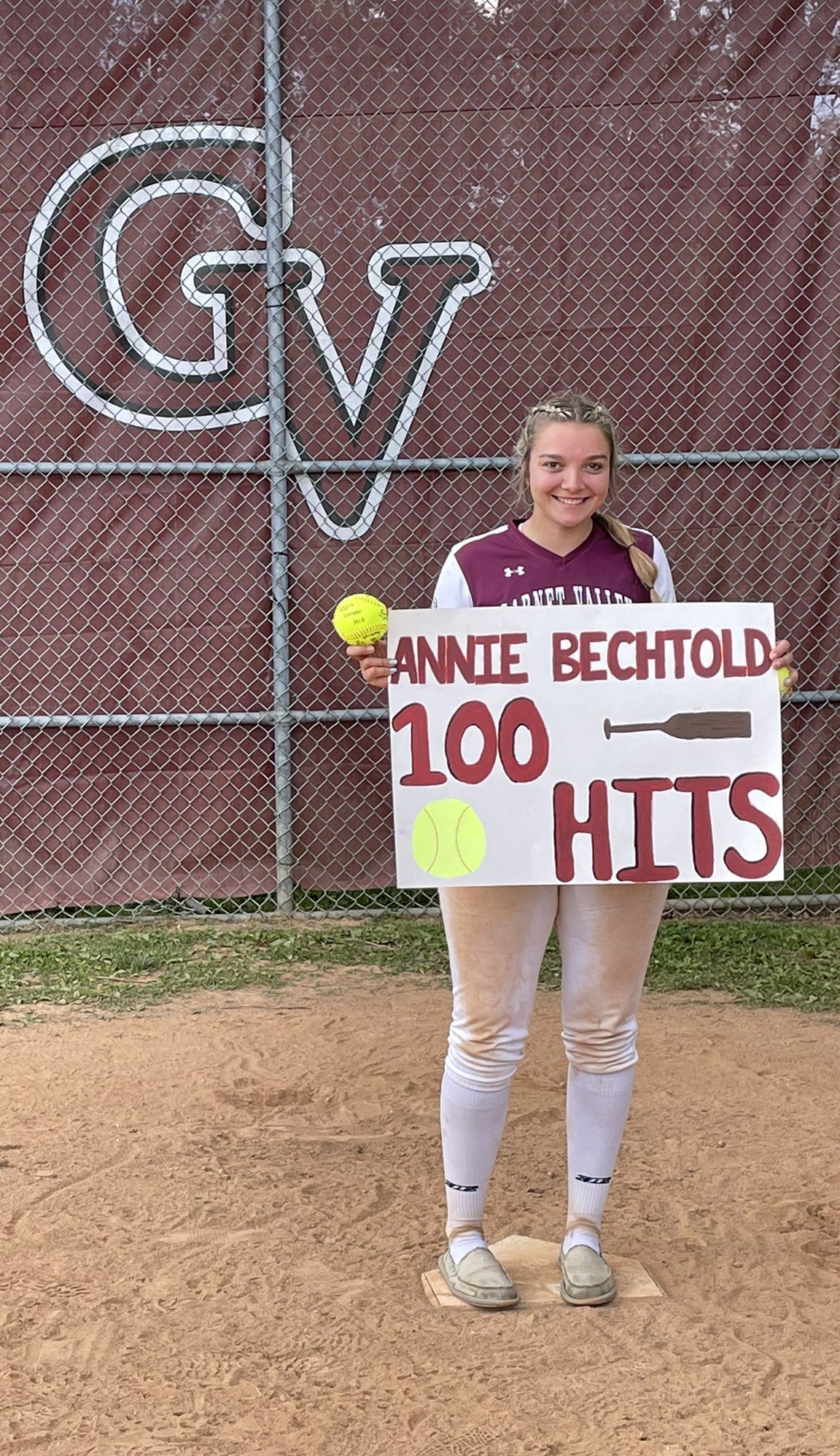 Garnet Valley softball senior Annie Bechtold smashed a double for her 100th career hit and knocked in three runs in the Jaguars’ 11-0 win over Chichester.

Anna Sidlowski racked up six strikeouts over three innings and went 2-for-3 with a double and two RBIs. Kelly Cornog pitched two innings of no-hit ball with four Ks.

Morgan Mesaros was a home run shy of the cycle, going 3-for-3 with two ribbies for GV. Kayleigh Saboja (double) and Liz O’Connor each supplied two base knocks in the winning effort.

Ava Franz had two hits for the Eagles.

Springfield 6, Interboro 0 >> In a battle of Delco’s leading aces, Sam Ciasullo got the best of the Bucs’ Billie Kerwood. Ciasullo pitched a two-hit shutout and struck out 12. Kerwood allowed six hits and five walks, but fanned 10 in the losing effort.

Ava Craddock paced the Springfield bats with a home run and two RBIs. Ciasullo added a double and two RBIs and Skyler Poehner legged out a triple for the Cougars.

Penn Wood 5, Academy Park 3 >> The Patriots’ Katelyn Tong was excellent at the plate and from the pitcher’s circle.

Tong went 3-for-3 with a homer and three ribbies and struck out 12 in a complete game effort. Charlie Tong had a single, double and two runs scored.