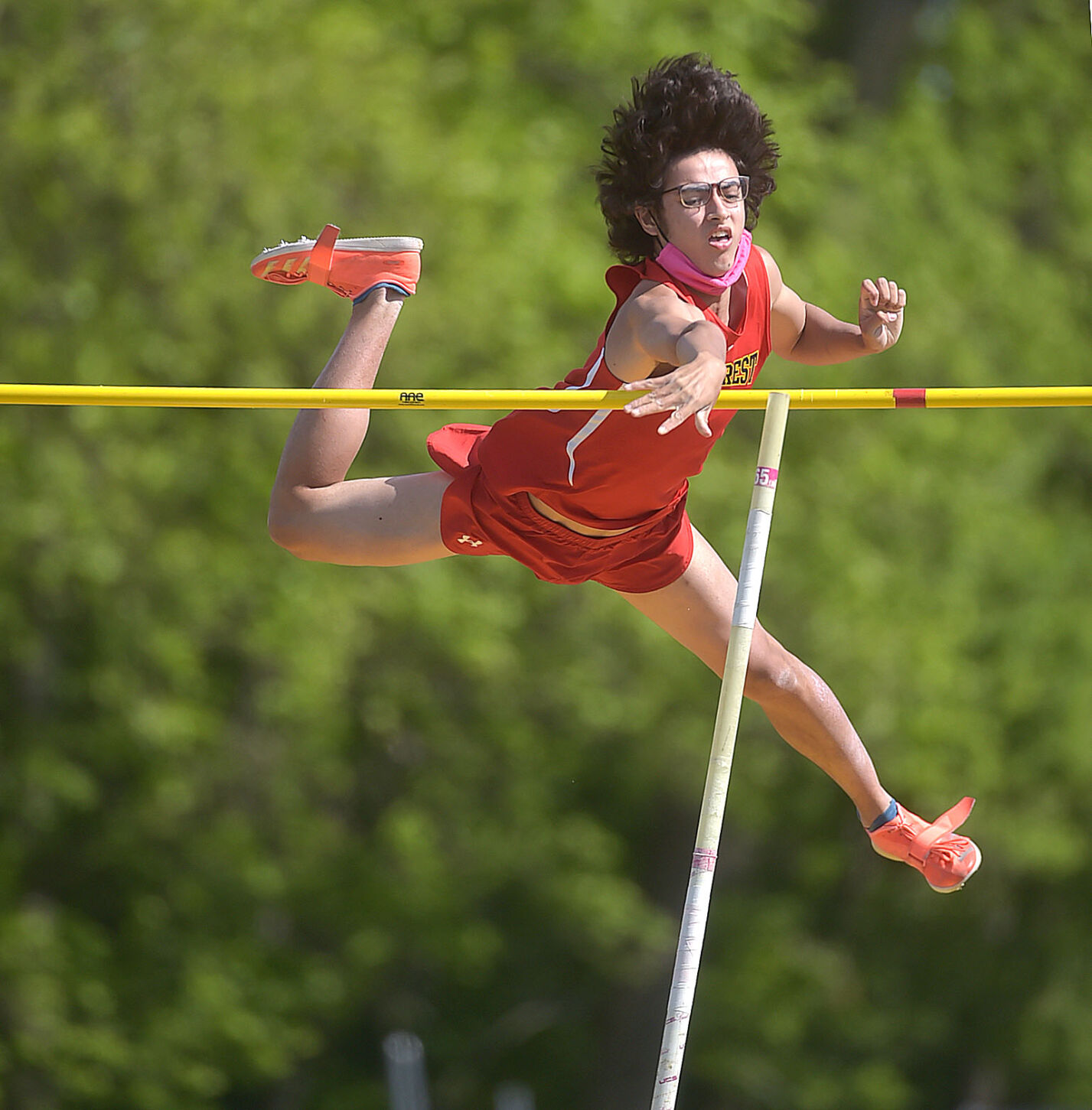 UPPER DARBY — Ice pack on his left hand, which he broke a few weeks ago, Penncrest track coach George Munro was proud of the sacrifices his team made to win the Boys Central League Track and Field championship team title Thursday at Upper Darby High.

The Lions scored 117 points to fend off Strath Haven (76.0) and Lower Merion to secure the league’s one and only league team title based on competition in a single day.

In any world, COVID or otherwise, it was a satisfying accomplishment.

“It has been a strange year but that’s been the goal since the beginning of the season,” Munro said. “We thought we had enough pieces in place to do it. But it was just a lot of work. Today was a lot of work. Kids made sacrifices running two, three, four events just trying to get points. And even with our team winning this championship, that kind of is the climax of our season because right now we have one guy going to districts. That’s the weird part of the season, it’s that as good as we are in the league, at this meet that kind of ends it.”

Couldn’t have said it better. Munro’s son, Daniel, won the pole vault and finished second in both the 110 hurdles and 300 hurdles. Munro soared over the crossbar at 14 feet with no problem but ran out of gas attempting 14-6, the hurdles taking a toll. The events won’t run so close together at the District 1 3A championships in two weekends. Munro is qualified in all those events.

Lions Carson Steinbach (5-8) and Moses Hufford-Bucklin picked up big points by finishing 1-2 in the high jump. Steinbach was second in the long jump (20-9¾), teammate Joe Talone second in the triple jump (40-4¾) and the javelin (151-5). Benjamin Miller pole vaulted 11-6 to finish second.

It was that kind of day for the Lions, who weren’t the only headliners on this sunny, 70-degree afternoon.

There was redemption for Strath Haven junior Enrico Faccio, who aced both hurdles in district qualifying time just five days after taking a nasty spill on the last barrier in the 300 hurdles on the same track.

Faccio had a four-meter lead in that fateful race yet picked himself up and finished fourth by an eyelash.

“I was focusing too much on speed and I think I messed up my steps,” Faccio said. “Today I really focused on getting my steps right, and I think that helped. It was really satisfying. I was nervous at the beginning of the race because I really wanted to get it. But during the race I just felt it. I like these bigger meets because I get to run with faster people.”

Full of energy and hope, Faccio was at a loss to describe how the day went other than to say he was “in the groove.

“You don’t have to think,” Faccio said. “If you start thinking then you know that something is off.” There were several gritty performances on the day, with personal bests just short of district qualifying figures.

In the discus, Marple Newtown junior Justin Quinn uncorked a winning throw of 131-8, more than four feet longer than his previous best. Quinn’s spin was textbook, yet it was 3-feet, 4-inches from qualifying for districts.

“Last week I fell short in Delco champs,” said Quinn, who was runner up to Tigers teammate Nathan Nguyen. “If I was going to lose to anyone I’d rather have it be another Marple thrower. But finally breaking 130 for the first time was definitely awesome. I’ve been looking forward to it for a while and it was really cool. Really cool. I still have all of next season and two meets. If I can get 3-feet, 4-inches in a matter of two days then we’ll see.”

Quinn is taking advantage of two more opportunities to reach districts, which has to be done before Sunday. One of those meets is a last chance competition at Haverford.

Fittingly, Upper Darby won the signature 4 X 400 relay, earning the heralded Nathan Byrd Memorial Trophy. The Royals held the prize high during a noisy celebration, having won the race in a no doubt about it time of 3:25.81, also a district qualifying figure. The team of Shawn Maxwell, George Okyne, Freddie McCray III and Tim Carroll got it done.

But the day belonged largely to the Lions, who went 11-0 in dual meets this season, the 16th undefeated season for the program and the 13th for Munro.

Standing there with the ice bag pretty much said it all for him. Life can be good for injured champions, too.