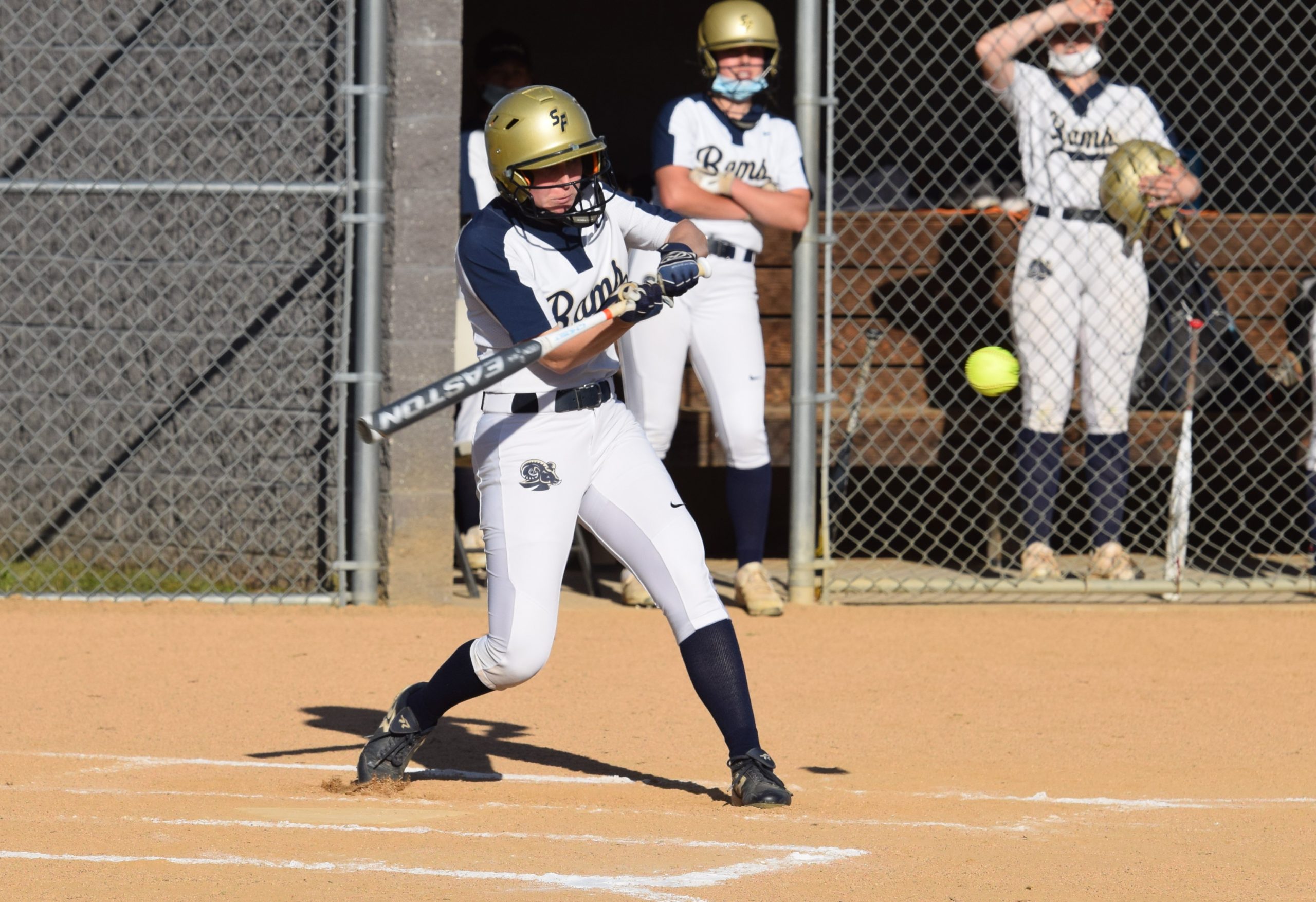 In 2018, inclement weather cancelled the Pioneer Athletic Conference playoffs and relegated the Rams to co-champion status as Liberty Division champion.

A year after going undefeated and winning the 2019 PAC title, the COVID-19 pandemic cancelled their entire 2020 campaign.

Wednesday marked more of the same for Spring-Ford’s 2021 group.

With one game left on their league schedule, the Rams (9-0 Liberty, 15-0 PAC) unceremoniously clinched a third straight PAC title by knocking off Pope John Paul II, 15-0, in a three-inning home win.

“We were really hoping to play the PAC (playoffs) this year,” senior centerfielder Noelle Reid said. “It kind of sucks that we don’t get to but I think we’re all happy about (winning). We don’t want to celebrate until our regular season’s over though.”

The Rams are the first PAC group to win three straight league titles since Owen J. Roberts’ three-peat from 2007-09.

It’s an accomplishment that can’t be slighted, even if it wasn’t presently celebrated.

“It’s fun to say,” Reid said of the threepeat. “I’m just glad that I got to do it with these girls. That’s really the best part.” Reid (2-for-3, two RBI) sparked the Rams’ offense Wednesday with a leadoff homer. They plated four in the first and eight in the second before scoring three runs in the third to induce the Mercy rule.

Alongside Reid, junior Lexi Wescott (2-for-2, four RBI) had two doubles and senior Danielle McNeill (2-for-3, three RBI) added a triple to power Spring-Ford at the plate.

“I was really excited about it,” Reid said of her leadoff homer. “I didn’t know it went over to be honest. I just wanted to show up for my team today.”

Wednesday’s win improved Spring-Ford’s senior class to a perfect 47-0 in PAC games in their careers. They still have one last league contest scheduled against Owen J. Roberts.

Reid, Bri Peck and Madi Walsh were all significant contributors for the 2019 championship team that reached the PIAA semifinals. McNeill, Kali McCann, Caleigh Tennity and Lily Undercoffler have also been around for the dominant four-year (three-season) stretch.

“This senior group is a special group of kids,” Spring-Ford coach Tim Hughes said. “They acclimated early on and played with a bunch of different kids and they just kept getting better and better until it’s their time to shine. And boy they sure are.” Spring-Ford’s 2021 title season will eventually be marked with a plaque in the school, but they don’t have anything planned to monument the clinched PAC title this season.

The Rams have their eyes on other prizes — District 1 and PIAA Class 6A championships — and the celebrations that would follow.

“Our goal is to go pretty far this year, and I think all our girls are pretty excited to get going with that,” Reid said.

“We’re thinking one game at a time,” Hughes said. “We all have the same goal. To play the last game, win the last game of the season and that’s that state championship. We’re going to keep going. There’s really not that much talk of the season ending because we’re so used to going that these kids are ready to go.”