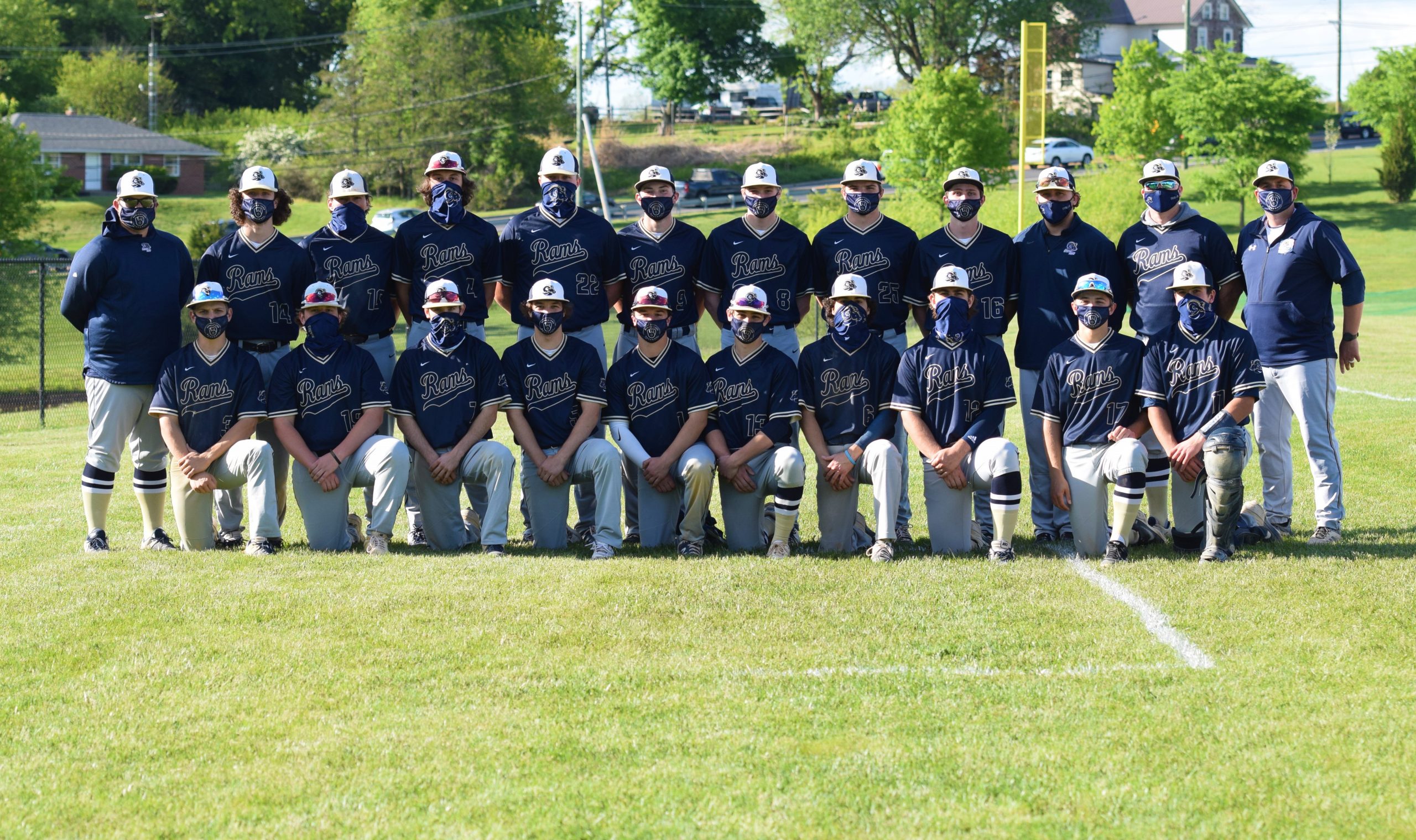 The Spring-Ford baseball team poses for a photo after clinching the PAC championship with a win at Pope John Paul II Wednesday. (Austin Hertzog - MediaNews Group)

UPPER PROVIDENCE >> The only thing — the most obvious thing — missing was the championship plaque.

Otherwise, it was a classic, workmanlike title-clinching effort by Spring-Ford Wednesday.

The Rams claimed the Pioneer Athletic Conference’s regular-season crown — the eighth in program history — with a 10-0 win over Pope John Paul II. With no Final Four playoffs on the schedule this spring, Spring-Ford (10-0, 14-1) assured itself the circuit’s best finish with only its league finale against Owen J. Roberts remaining Friday.

“We’ve been wanting this since last year,” Jackson Malouf, the Rams’ winning pitcher, said after he and his teammates posed for photos as PAC champions. “We worked in the off-season, did lifting, and in practice busted our butts.” The effort was quite noticeable in its divisional crossover game with the Golden Panthers. Spring-Ford teed off with a first-inning bataround that gave it an 8-0 lead before Jackson threw his first pitch, adding a ninth run in the fourth.

Another run in the fifth put the Rams in position to bring the “mercy rule” into play for an early title celebration. The bottom of the frame saw PJP put its first two batters on base, but the Rams got the final out with a man at third base.

“It’s exciting,” SF head coach Rick Harrison said. “I know about clinching a piece of it (title) in the last game, but we wanted to win it outright.

“Going 14-and-1 speaks to the depth of this team. Now we want to sustain our level of play.” The Rams’ first plate appearance was headed by Dylan Ducharme’s two-run single, Jack Kisela’s double and Cole Casamento’s run-scoring sacrifice fly. Sending 10 players to the plate, they got five of their seven hits at the start.

“For me, all those runs were awesome,” Malouf said. “It doesn’t relieve stress, though; whether we’re up by 16 runs or down by seven, we approach it the same.”

A series of defensive miscues by the Panthers contributed to Spring-Ford’s big run-scoring frame — a fact not lost on PJP head coach Charles Deluzio.

“You have to field the ball against a team like that,” he said. “Five in the first inning. And they like to run, too.”

In the fourth, Jarrett Gordon (walk) took advantage of wild pitches to get to third base, and he came home off Jake Books’ single. In the fifth, Dylan Ducharme hit a leadoff triple and scored off a wild pitch.

The abundance of runs was complemented by Malouf’s solid mound effort. He scattered three hits and two walks while striking out six, with only two PJP batters getting as far as third base.

“My curve was good toward the end. It had more vertical break,” he noted. “My fastball jammed up hitters, too.” David Wagner and Brendan Kenning were PJP’s lone starters to hit safely. Liam Haffey, pinch-hitting for Frank Dimaio in the fifth, also singled to start off the at-bat.

Matt Kossey, starting on the mound and working until the fifth, left with one out after being touched for all the Rams’ hits and runs. Dimaio finished out the fifth, giving up just one walk.

“It’s tough. Our hitting’s not there,” DeLuzio said. “But we still have a chance to get to districts. Games like this have been good tests for us.”

Spring-Ford’s path to the post-season will be busy, but with the likelihood of securing a first-round bye with the No. 2 ranking in Class 6A entering Wednesday. The Rams will have four non-league games next week against Cumberland Valley, Hamburg, Perkiomen Valley — the reschedule of their previous non-conference game at Reading’s FirstEnergy Stadium — and North Penn.

NOTES >> Spring-Ford had a combined seven stolen bases for the day. Gordon had three swipes and Books two, with Casamento and Michael Cunningham getting one apiece. “Our baserunners get good jumps,” Jackson noted. “It’s like they know where the pitch is going before the pitcher does.” … Aydan McNelly had another two-RBI day for the Rams … PJP (4-9), in turn, ranks fifth in Class 4A.