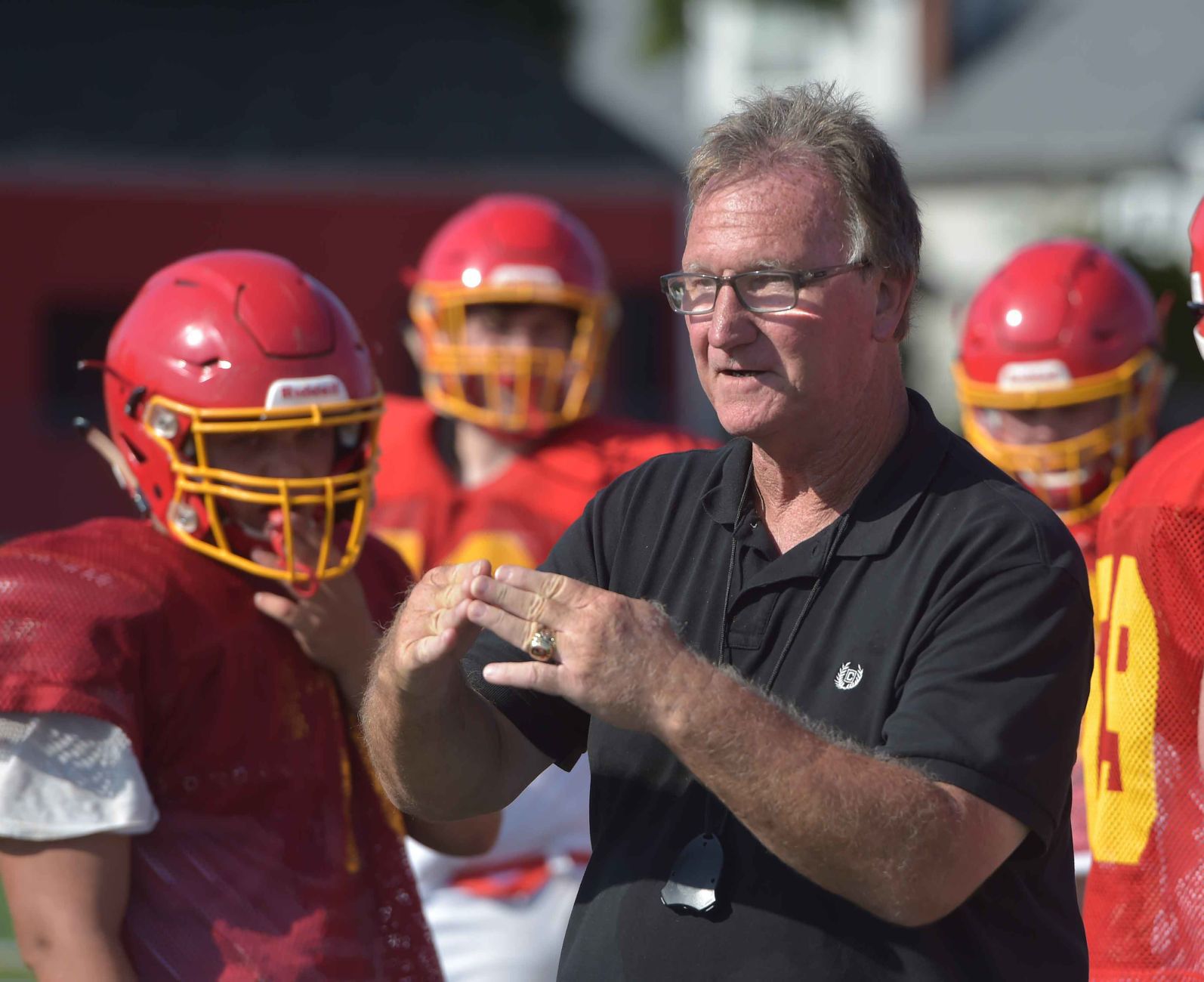 Joe Gallagher had every intention of coming back for his 30th season as the head football coach at Haverford High School, even though the 2020 season was the most physically taxing of his long career because of a bad left hip, left knee and back.

“It was a really big struggle getting through it,” Gallagher said. “It got to the point, specifically with my back, that it literally knocked me off my feet. I had a folding chair with me. I was unable to be on my feet for an extended period of time. It limited my mobility and it was actually quite painful.”

Gallagher planned to have hip replacement, knee replacement and back surgery in the offseason in time to come back for another year.

Gallagher had his left knee replaced 10 years ago and his left hip replaced in 2016.

“I think the imbalance of my left side being very good and my right side being bad caused me to walk like a penguin and that didn’t do my back any good,” Gallagher said. “I swore I would not spend another season where I was grabbing a stool to get off my feet.”

“It’s something I’ve been thinking about for a while,” Gallagher said. “It came down time-wise that I had to make a decision. It’s May and I want to give the school time to do something in my absence to get somebody.”

Gallagher said he came to the decision the weekend before last during a trip to Clarkston, Mich. to visit his older brother, Frank, who played seven seasons in the NFL.

“That was great,” Gallagher said. “I don’t get to see him that often. I drove up and back with my wife (Karen) and it’s 9½ hours (one way) with stops. That driving time presented the opportunity to think about stuff. I came to the realization that, you know what, it might not be a bad time to call it a day. It might be the right time. I’ll be 66 in September. I’ve had a good run, 29 years. It’s been a great experience.”

Gallagher is a football lifer. He was an All-Delco lineman at defunct St. James High, where he played on the 1972 (Philadelphia) City Championship team, considered as one of the greatest teams in Catholic League history. He was a four-year starter at three positions at the University of Tennessee and spent two years there as a student assistant under Johnny Majors after his playing career ended.

When he returned home from Knoxville, Gallagher coached for two seasons at St. James, five at Cardinal O’Hara, two at Conestoga and two at Williamson Trade School before being named the head coach at Haverford in 1992.

Gallagher compiled a record of 177-152-2 in his nearly three decades at Haverford. He led the Fords to Central League titles in 1995 and 2015 and qualified for the District 1 tournament six straight years from 2014-19. The 2019 team reached the Class 6A district semifinals before falling to eventual champion Downingtown West.

Gallagher called his experience at Haverford “nothing short of awesome” in a letter to the players, coaches and families.

“I’m mostly going to miss the camaraderie, the relationship with the kids and coaches, all that type of stuff,” Gallagher said. “The planning and all that other stuff didn’t seem like work.”

He looks forward to doing some of the things he has been unable to do, like taking in a Tennessee-Alabama football game, something he has never experienced as a fan. He also looks forward to joining his former players on the sideline for the annual Thanksgiving Day class with crosstown rival Upper Darby.

“That is one of the highlights of my years at Haverford, without question,” Gallagher said. “And I’ll join them this year. I’ll be there for them. It’ll just be a little different role.”

A return to coaching isn’t out of the question, either.

“Once I get fixed, I might come back and volunteer,” Gallagher said. “Just let me coach a position.”