Alldred powers Owen J. Roberts in circle, at plate in win over Methacton 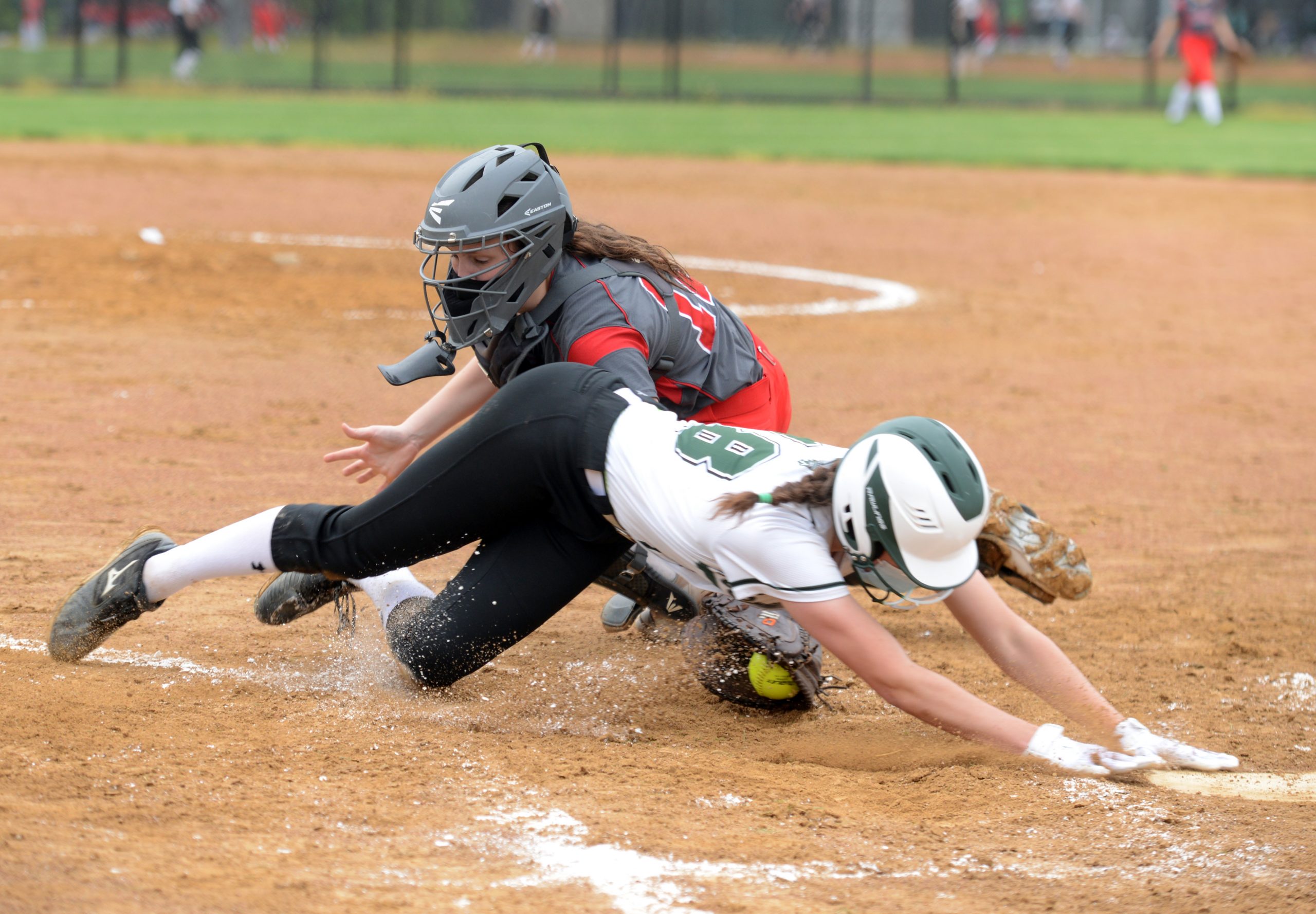 FAIRVIEW VILLAGE >> Owen J. Roberts sophomore pitcher Natalie Alldred made sure stressful moments in the circle were few and far between on Monday afternoon.

She used her arm and her bat to do so.

“It felt really nice,” Alldred said of her homer. “It helped get the ball rolling. We scored a lot in the first half of the game.

“We’ve been preparing for games like this all season. It was very rewarding.”

The Wildcats, who improved to 4-4 in the PAC Liberty and 8-4 overall, scored the most any team has managed against pitcher Paige Deal and Methacton this season. The Warriors had surrendered only eight runs all season entering Monday.

Alldred’s two-run blast got the Wildcats out to a 2-0 start before she even threw a pitch. OJR followed with two more runs in the second and concluded its scoring with a two-run shot from senior second baseman Sam Walsh in their next at-bat to grab a 6-0 advantage after three innings.

“I think we finally started to wait on the outside pitches and then start to drive them to right field,” Walsh said. “Come through the ball, more line drives than pop-ups like the first time we played them.” Emma DiBattista (RBI), Allie Daubert, Jordan Sylvia and Maddy Harvey also tallied hits for the Wildcats, who were held to two runs when they faced the Warriors (5-2 Liberty, 8-2 PAC) in a 4-2 loss on April 13.

“I asked my catcher, and she said early the conditions of the ball made it hard to put spin on it, and (OJR) came out aggressive,” Methacton coach Cathy Miller said. “It is difficult. Like I told the kids, it’s hard to beat a team twice.”

Alldred held the Warriors scoreless through the first four innings before Methacton plated a run in the bottom of the fifth.

The Warriors scored twice in the bottom of the seventh when Tori Bockrath lined a two-out, two RBI double, but Alldred made sure Methacton never brought the tying run to the dish.

Alldred finished with three earned runs on eight hits while striking out seven and walking four, using her changeup as an out pitch.

“I throw a bunch of different pitches, but (the changeup) seemed to work,” Alldred said. “I didn’t throw many fastballs. It was curveball, changeup, a few rise balls.”

Five of the Warriors’ eight hits came in the fifth and seventh innings.

The Wildcats’ win, which coach Stacey Kushner called her team’s best game all season, boosted them to No. 16 in the District 1-6A power rankings. Twenty four teams make the district playoffs, which OJR missed out on in 2018.

OJR hopes the win over Methacton can be what they need to get things rolling in a season Alldred said has had some ‘hiccups’.

“I think it’s just a good momentum booster for our team,” Walsh said. “Especially with how we played today, we kind of capitalized on that and we usually go throughout the week playing like that. Just knowing that we can play like this and beat one of the best teams in the PAC.” Coming Home >> Kushner is a 2007 Methacton grad in her second season coaching the Wildcats and the first one out on the field with her team.

She faced her former coach for the first time earlier this season, but Monday’s game was Kushner’s first time coaching from the opposing dugout at her alma mater.

“I love playing Miller,” Kushner said. “I coached with Miller a year or two. It’s always great coming back here. It’s even better winning when you’re back here. They’re a great team.”

Seeing another one of her players coaching the sport at the high school level is an exciting happening.

“I’m happy to see it because I’m always trying to encourage the girls to coach and to get girls to be coaches,” Miller said. “There need to be more successful women in the game. I like seeing the girls come back to it because they’ve played this game.”

NOTES >> Owen J. Roberts left fielder Charlie Skonieczny tossed out a runner at home in the third inning to keep a Methacton run off the board. … Deal had a two-hit day for Methacton. Second baseman Avery Schwartz doubled.