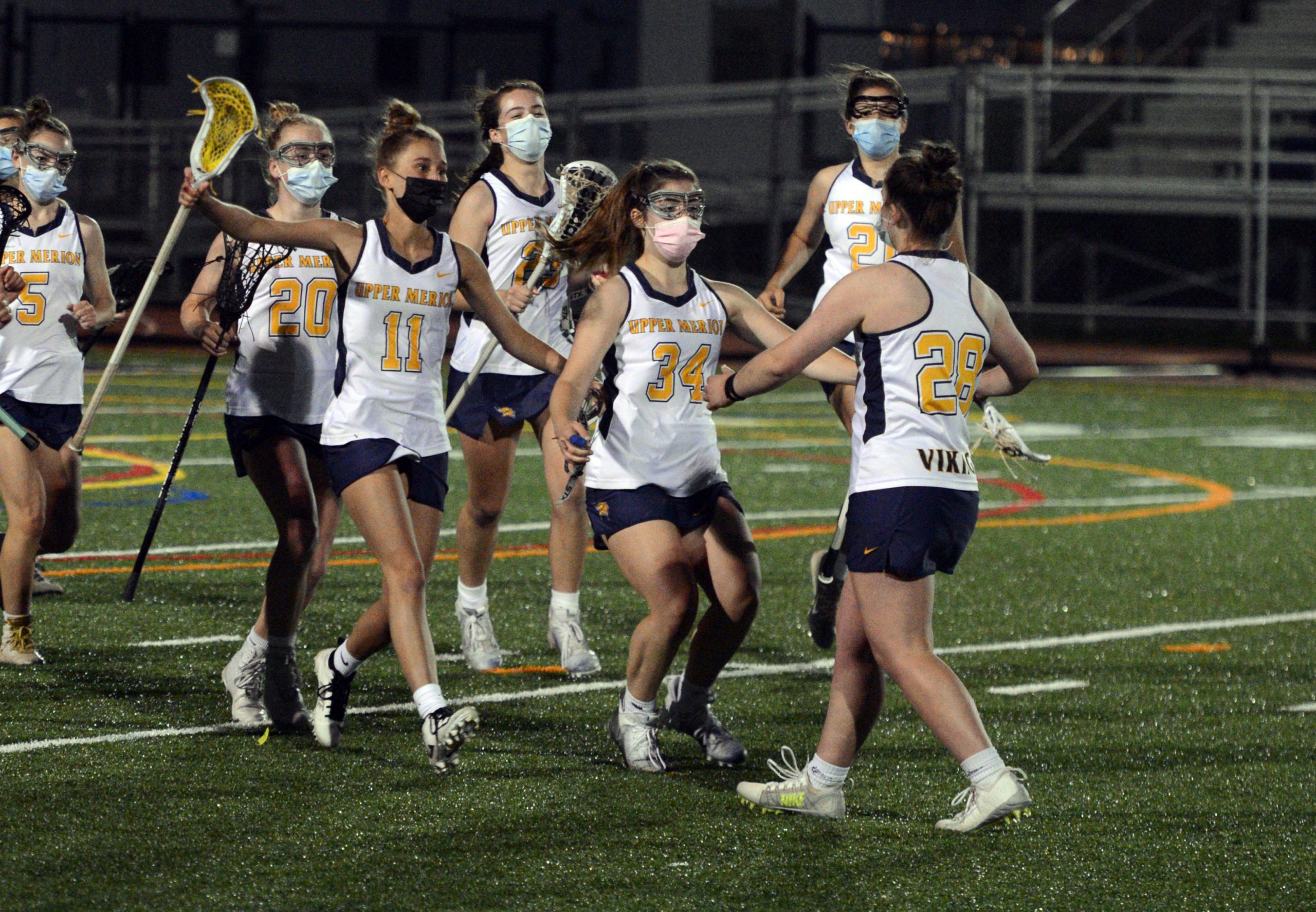 KING OF PRUSSIA >> Catherine Merritt and her Upper Merion teammates felt the 2020 season was going to be a special one.

The Vikings never got a chance to take the field, but in 2021 they have validated their beliefs about what could have been for the cancelled campaign.

“We thought that we could come out last year and do some damage, so I think this year it’s just ‘Let’s go out and get to districts, let’s win the Frontier,’ all that kind of stuff,” Merritt said.

“It’s always been one of our goals, but I think this year when we came out in our first game, we were like, ‘We can really do this.’ I think every single game we come out and prove ourselves, over and over and over again.”

Upper Merion jumped ahead 14-5 in the second half when Callison scored an early goal after the break and Merritt followed with three straight of her own.

Pottsgrove’s offense — held in check by the Vikings’ defense and senior goalie Anya Waller — finally found some traction in the final minutes, scoring four consecutive goals to creep within four, 15-11, with 2:07 to play.

Feeling someone on her team needed to halt the momentum swing, Callison sprinted down the field and scored. She added another goal soon after to put the Vikings up comfortably, 17-11, with a minute to play. The Vikings (7-0 Frontier, 8-2 PAC) erased a first-half deficit to win 9-7 over the Falcons (4-3 Frontier, 4-7 PAC) when the two teams met in the second game of both of their seasons on April 9,  but they were the front runners in Friday’s contest.

Upper Merion jumped out to a 4-0 start on Friday before the Falcons rallied for three consecutive goals. They answered Pottsgrove’s rally by scoring six of the game’s next seven goals and held at least a four-goal lead for the remainder of the contest.

“I just think they were hustling a little bit more than we were right off the bat,” Pottsgrove coach Kirstin Urie said. “We were having a hard time slowing their fast break down. Their transition was really nice. And I think that’s something we need to work on as we continue the season and hope for districts.

“Other than that, they had really nice shots. You’ve gotta give them credit. A good offense is going to be a good offense.”

Cat Merritt carved up PG defense for her third of second half. 14-5 UM with 17:40 left. pic.twitter.com/BdP2qfVNlQ

Alaura O’Neill rips one with 12 minutes to play. 14-7 UN pic.twitter.com/sIYboL77uZ

Waller was terrific in goal for UM, stopping 13 shots, including a number from point-blank range.

Freshman Sam Walmsley added a goal and an assist, and sophomore Audrey Schuebel and senior Sarah Adams both chipped in assists to round out Upper Merion’s offensive production.

“We played like a whole team today,” Callison said. “We sometimes get very individually playing, but I think today we really pulled it together and the momentum from my teammates really helped me strive to score.” Seniors Merritt, Adams, Waller, Bella DiSanto, Emma Siegrist and Emma Wellington were honored before Friday night’s game. Their experience combined with a talented group of youngsters getting their first high school varsity action has been the formula for success so far.

“We’re really working together as a team,” Merritt said. “A lot of the underclassmen are stepping into the upperclassmen roles because only six players have played varsity from 2019. We’ve really improved. I think we’re playing great as a team and it’s really great to see how far we’ve come from the first game.”

Julianna Callison scoops the ground ball and scores for UM. Vikings have four scored four of last five to take 8-4 lead with eight to play in first. pic.twitter.com/6qqPv08uOW

The Falcons won’t be able to repeat their first division championship in 2019, but Urie is hoping her special senior group, including Tornetta, Simon and Ava O’Neill, gets a chance to add on to its legacy and lead the underclassmen on another deep postseason run.

Pottsgrove advanced to the District 1-2A semifinals and the PIAA playoffs for the first time two seasons ago. They currently rank No. 10 in the power rankings and 16 teams make the playoffs.

“I would love to see them get to districts and see if we can make another state run,” Urie said. “These kids had so much taken away from them last year that I want them to keep playing. I want them to stay together because the longer that they’re sticking around, the better it is for our younger kids.

“They’re still setting those examples, showing them what a successful program looks like. And these kids, they’re hungry for it. They got that taste in 2019 and they want to come back for more. And you can see it. They’re working hard start to finish each and every game.”

NOTES >> While the Vikings won’t get their first PAC Final Four appearance, they got a chance for a quasi-league title game when they faced undefeated Liberty Division leader Owen J. Roberts on Wednesday and fell 18-3.