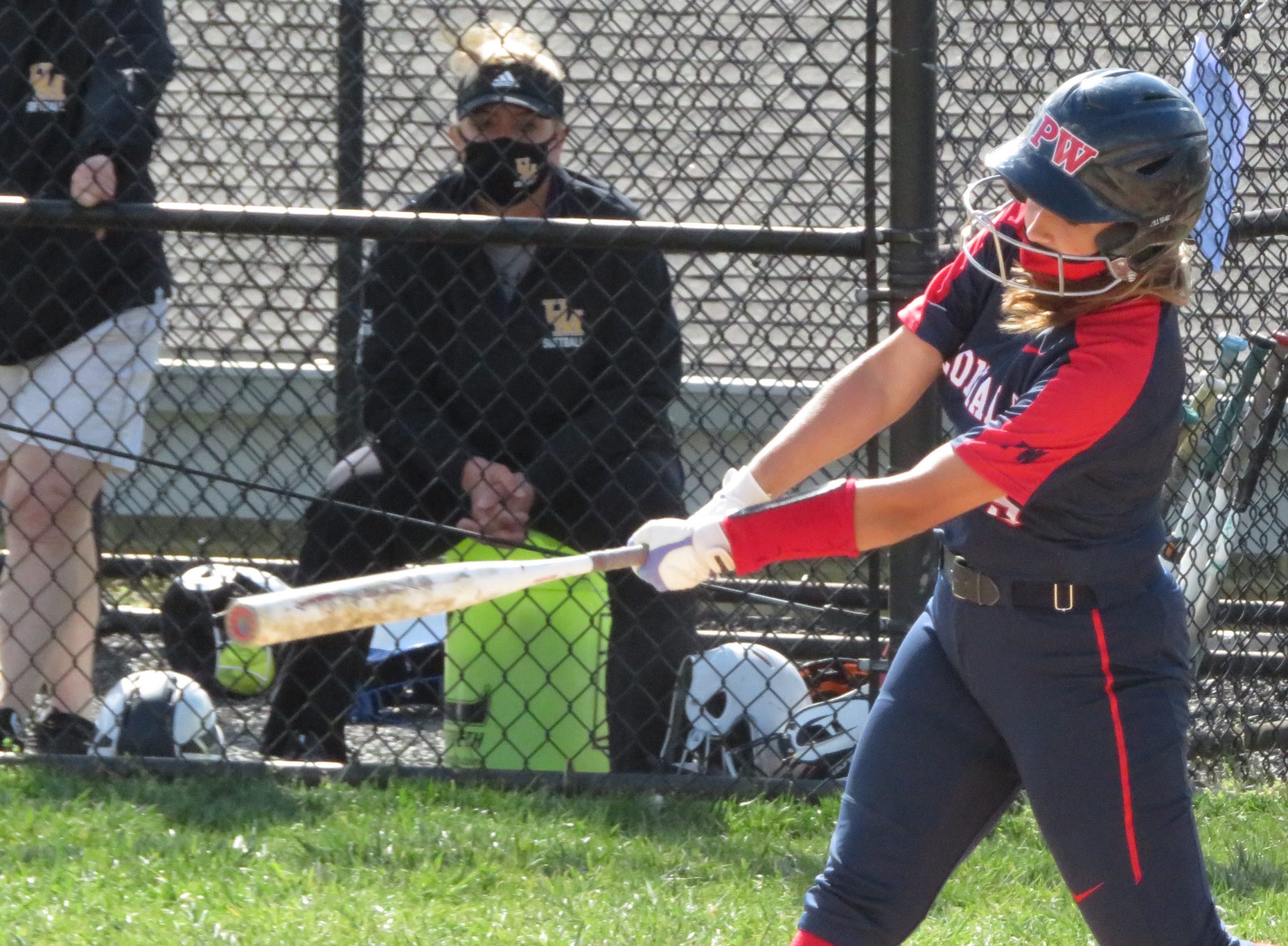 WILLOW GROVE >> After a slow start to the season, Plymouth Whitemarsh has found its rhythm.

It was Plymouth Whitemarsh’s fifth straight win to improve to 8-5.

“We’re clicking now, which is nice,” PW coach Mike Perez said. “It’s a whole new team from what we were in the beginning of the year. I feel like we’re coming along and everyone is gelling real nicely and the bats are opening up.

“We’re just getting together as a team. Not having last year, we have four freshmen out here. A lot of new girls to varsity this year. I think it just took a little while for them to gel and get together, for the coaching staff to figure some things out.”

The Colonials offense got going right out of the gate. Talia Carr had a two-run single before Hannah Suh’s RBI single to jump out to a 3-0 lead.

PW blew the game wide open in the third inning. Perez hit a two-run single and Kane an RBI double to make it 9-0. Carr followed with a three-run home run to make it a 12-run game.

Carr finished the game 3-for-4 with two home runs and seven RBI.

“They were just pitching me the pitches that I like,” the junior said. “I had to hit them out, had to score some for my team and catch a ‘W.’”

Rosenberger and Molly Lynch each knocked in a run while Haylie Lindley hit a solo homer in the top of the fifth inning.

Rosenberger had three hits while Kane and Perez each had two. Rosenberger and Kane each scored three runs while Perez crossed the plate twice.

Moore pitched a complete game for PW. She struck out nine batters to four walks over five innings. She allowed four runs on six hits.

Chloe Kramer scored two runs for the Golden Bears (5-6). She doubled and scored on a wild pitch in the bottom of the third inning before scoring on a Gabrielle Wiley single in the fifth. Natalie Walton hit a two-run home run in the fifth to make it 16-4.