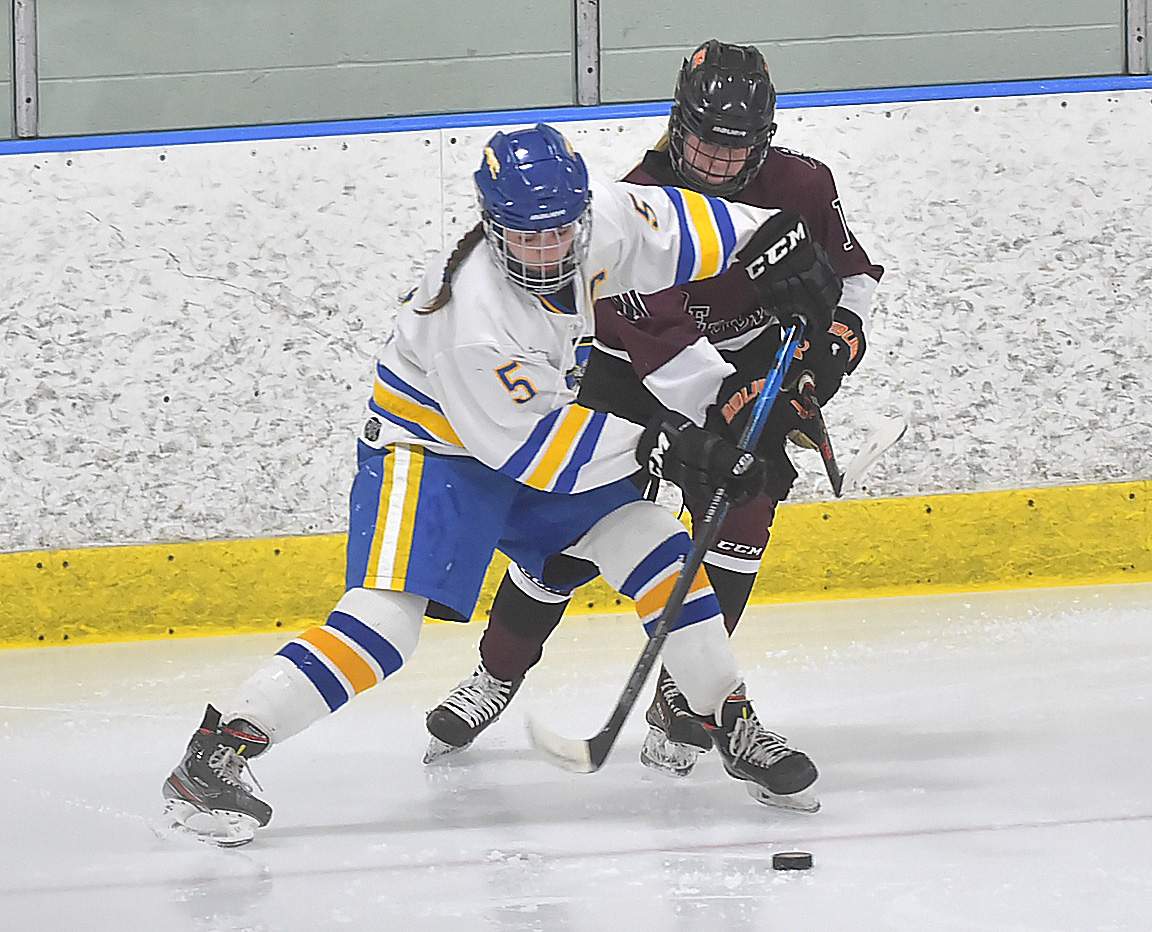 In an otherwise down year for a normally powerful Unionville program, the former DLN All-Area Player of the Year was her usual self. Robitzer posted an outrageous save percentage of .938, despite facing more shots than any goalie in the ICSHL. She averaged 44 saves a game for the Longhorns.

The only senior on the first team, Silberman was the ICSHL’s best defenseman for the league’s best team. She also notched four goals and seven assists. And if you needed any indication of her physical nature, she also was second in the ICSHL in penalty minutes, which isn’t always a bad sign.

Campanile and fellow first-teamer Abigail McCrystal tied for second in the ICSHL with 22 goals. She also added 13 assists while leading the Red Devils to the Ches-Mont American title, with an 8-3 win over Henderson.

With 22 goals and 13 assists, McCrystal led from the front for the Red Devils. With two more years to play, and plenty of talented young teammates like fellow first-teamer Skylar Campanile, the Red Devils should be set for the future.

Gallagher tied for third in the ICSHL with 14 assists, and added 20 goals for good measure, good enough for a tie for fourth in the league.

Wallace had 15 goals and six assists, which are impressive numbers in just 12 games, largely against slightly better competition in the Ches-Mont National.

The success that takes some high school programs decades to find? Sarah Hannan has discovered it at Henderson in just three seasons.

For a program that has only been around for three years, a trip to the Flyers Cup championship game is a feat on its own. The Warriors fell just short after holding an early lead against top-seeded Downingtown West in the final.

Despite the losses, the program has come a long way from not being able to fill a bench just a few years ago. With a young roster that graduates zero seniors in 2021, and Hannan seated at the helm, this is just the beginning for the Warriors.