Mercury All-Area: Spring-Ford senior Milano gets help from a champion on way to state gold 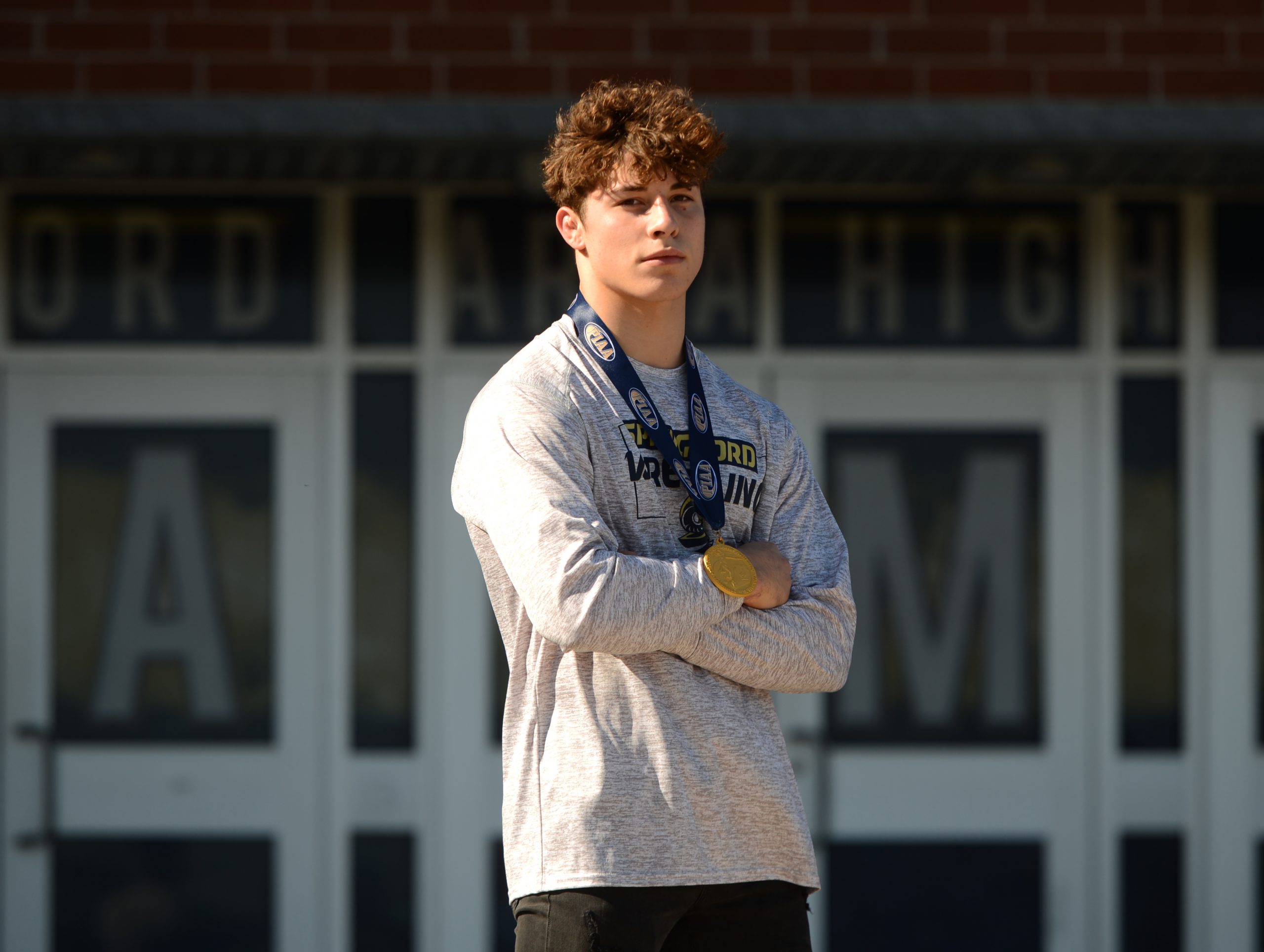 It takes help from a champion to help make a champion.

Joey Milano is living proof of that contention.

An upper-level state medalist two of his first three scholastic seasons, Milano got to the highest step on Pennsylvania’s medal podium this year, winning the PIAA’s Class AAA 189-pound title to cap a stellar senior campaign and an equally-stellar high-school tenure. It all affirmed the inarguable case for him being named The Mercury’s 2020-21 Wrestler of the Year.

And Milano owed much of the achievement to the influence of Nate Brown. The All-American grappler from Lehigh University’s storied mat program worked with Joey as a coach outside the bounds of SF head coach Tim Seislove’s staff … and the results this pandemic-impacted season spoke for themselves.

“My sophomore year, I had it in my mind to make it happen,” he said about his championship aspirations. “My goal was to go to states and bring back two medals.”

His state-level medal total ended up being four. Along with the three individual medals he claimed the last three seasons, Milano got another for helping Spring-Ford placed third in the PIAA Class AAA Team Duals tournament this past winter. It was the program’s highest finish in duals competition, and much was owed to Joey’s five wins at the end: Two on first-minute pins, another on a first-period technical fall.

His senior season was further highlighted by a 23-0 record and championships in the District 1-AAA North, South East AAA Region and state tourneys. Milano finished career with a 134-9 record to rank third among the program’s career win leaders behind Brandon Meredith (2018, 150) and teammate Jack McGill (148). Spring-Ford’s Joey Milano checks himself out on the big screen after winning the 189-pound championship. (Nate Heckenberger – For MediaNews Group)

Much credit for Joey’s championship mindset goes to Brown, a 2016 graduate of Lehigh University who was a two-time All-American for the Mountain Hawks’ storied NCAA Division I program. Brown worked with Milano on a regular basis for two years, doing as much for his mindframe as his wrestling skills.

“He changed me. He developed me as a person,” Milano recalled. “Through summer and the quarantine, we worked through it.

“The past two years, we did more (work) off the mat. I don’t know where I’d be without him.”

The essence of Brown’s tutelage, according to Milano, was burnishing his on-mat style and insisting on a measure of self-discipline.

“He’s always strict. He wants me there for practice on time,” Joey noted. “He’s better at some stuff, but he wants me to do what I’m good at.

“My whole style wasn’t changed. He refined my style.”

The late start to the 2021 wrestling season, coupled with down time recovering from a torn meniscus in his knee, left Milano not seeing his first competition until Feb. 3. His teammates, by comparison, were in action as early as Jan. 19.

“I missed three weeks at home … not able to hang with the team,” he said. ‘I’d think about controlling what I can, and do what I can to get better. I worked out my upper body and mind.”

As a result of COVID-19 restrictions, Milano and his Ram teammates were unable to undertake the ambitious schedule to which they had been accustomed.

“We missed a lot of tournaments. Escape the Rock, other team stuff,” he said. “We missed Cumberland Valley overnight. But the team bonded a lot more.” Spring-Ford’s Joey Milano lets out a roar after becoming the school’s first state champion with a 15-5 win over Hampton’s Justin Hart. (Nate Heckenberger – For MediaNews Group)

Milano came into his senior season with a renewed drive for state gold. It was fueled by a second-straight fourth place finish at 182, and a 4-3 stretch run after ripping off a 43-0 start.

“After I came off podium (at states), I didn’t want to feel like that again,” he said.

He recalled how Seislove talked to him “about being loose,” about “turning nerves into excitement.” Joey also had a moment of payback in the post-season: A 6-4 decision of Nazareth’s Drew Clearie in their state semifinal, that after Clearie consigned him to fourth place in 2020.

“He missed out on big events … Escape the Rock, Cumberland Valley,” Seislove added. “We didn’t have duals competition, but he got the chance to wrestle guys like Drew Clearie and Isaiah Reinert (Easton). He kept his conditioning up.”

One satisfying aspect of Milano’s scholastic career was competing alongside classmate Jack McGill. That was particularly true this year, when their advancements through the season’s schedule paralleled each other to a large degree.

Like Joey, Jack got to the PIAA’s Class AAA championship round, though he ended up second at 160. It was the same situation at the East AAA Super Regional, where McGill again finished with a silver medal.

“He was like a brother,” Milano recalled. “I felt for him at states. I was close to (classmate Zach) Needles, but Jack and I feel like we’ve been together forever.”

“He and Jack (McGill) pushed each other,” Seislove added. “They brought out the best in each other.”

The teammates will now take their mat talents to the collegiate level, both having committed to NCAA Division 1 programs. While McGill heads to Columbia (N.Y.) University, Milano will be going in the opposite direction to North Carolina State, joining a Wolfpack program that won the Atlantic Coast Conference’s 2020 championship.

“Wrestling Division I (NCAA), you have to have it,” Seislove noted. “If you don’t you’re not going to wrestle.

“Fortunately, talent and work ethic made Joey one of the best.”