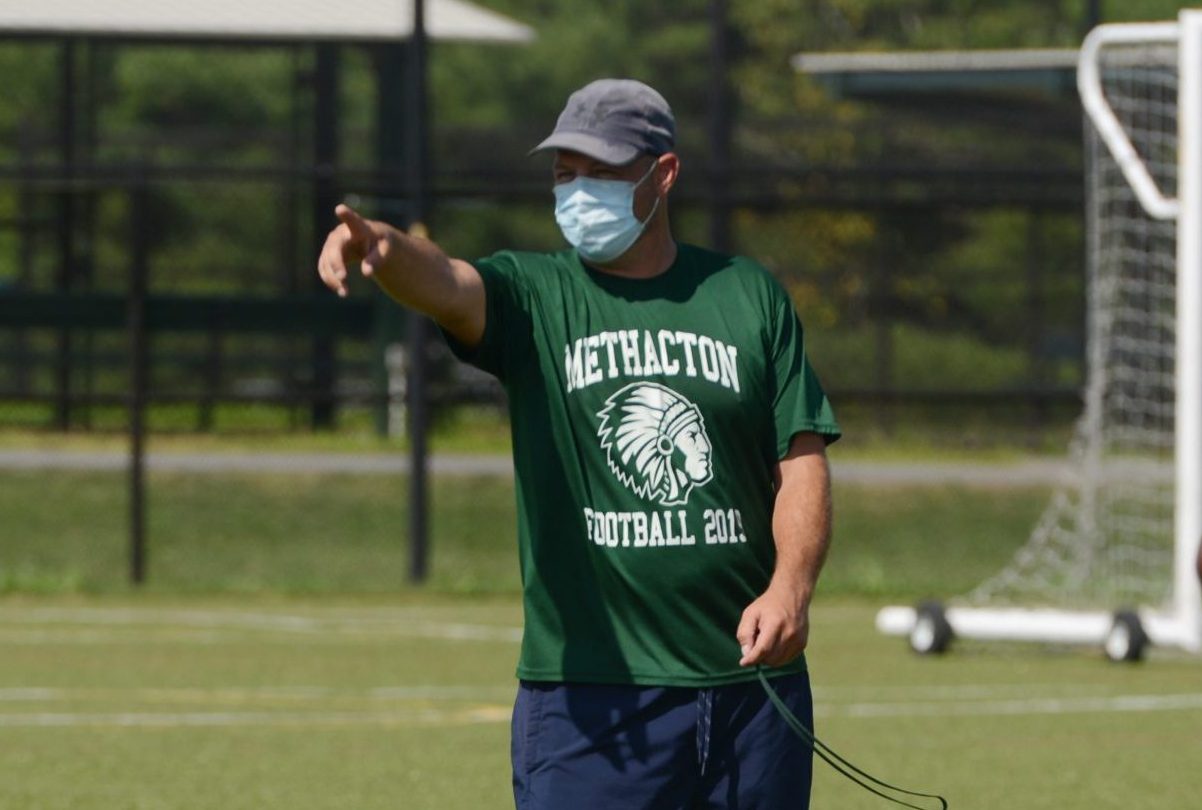 FAIRVIEW VILLAGE >> Hall of Fame coach Bill Parcells once said, “You are what your record says you are.”

But the record only tells part of the story of Dave Lotier’s three-year tenure at the helm of Methacton football.

That tenure ended last week when Lotier stepped down from his post in hopes of spending more time with his growing family (his wife, four-year-old daughter, and another child on the way in August.)

Lotier, a health and physical education teacher at Souderton High School, says with a second child on the way, coaching simply wasn’t in the cards in the immediate future.

“My plan is to take the season off and be with the family, and get back into [football] at some point,” he said. “I could see myself coming back in a coordinator role – I love coaching defense, that’s where my expertise lies.”

Methacton finished 8-19 over the past three seasons, but if Lotier has his way, the culture and growth he started within the program will continue long after the final scores are forgotten.

“As proud as I am of these kids on the field,” he said, “I think I’m proudest of the culture we’ve established. The feedback I’ve received from our current players is that they’ve enjoyed the camaraderie, the family atmosphere. That makes me feel like I’ve made an impression beyond football.”

The Warriors went 1-9 in Lotier’s 2018 debut but showed steady improvement to 3-7 in 2019. Last year’s squad achieved the program’s first winning record since 2014 at a mark of 4-3, highlighted by a victory over perennial area powerhouse Pottsgrove.

Perhaps more importantly, the roster size more than doubled over Lotier’s three years, a testament to the rejuvenated excitement around the sport in the school.

“Methacton is unique in that there aren’t a lot of kids who specialize in football – but there are plenty of kids who will play football if given an opportunity and an attractive culture,” Lotier summarized. “If the next coach comes in with the right energy and can show that he cares about the kids, they will keep moving in the right direction. They certainly have the players.”