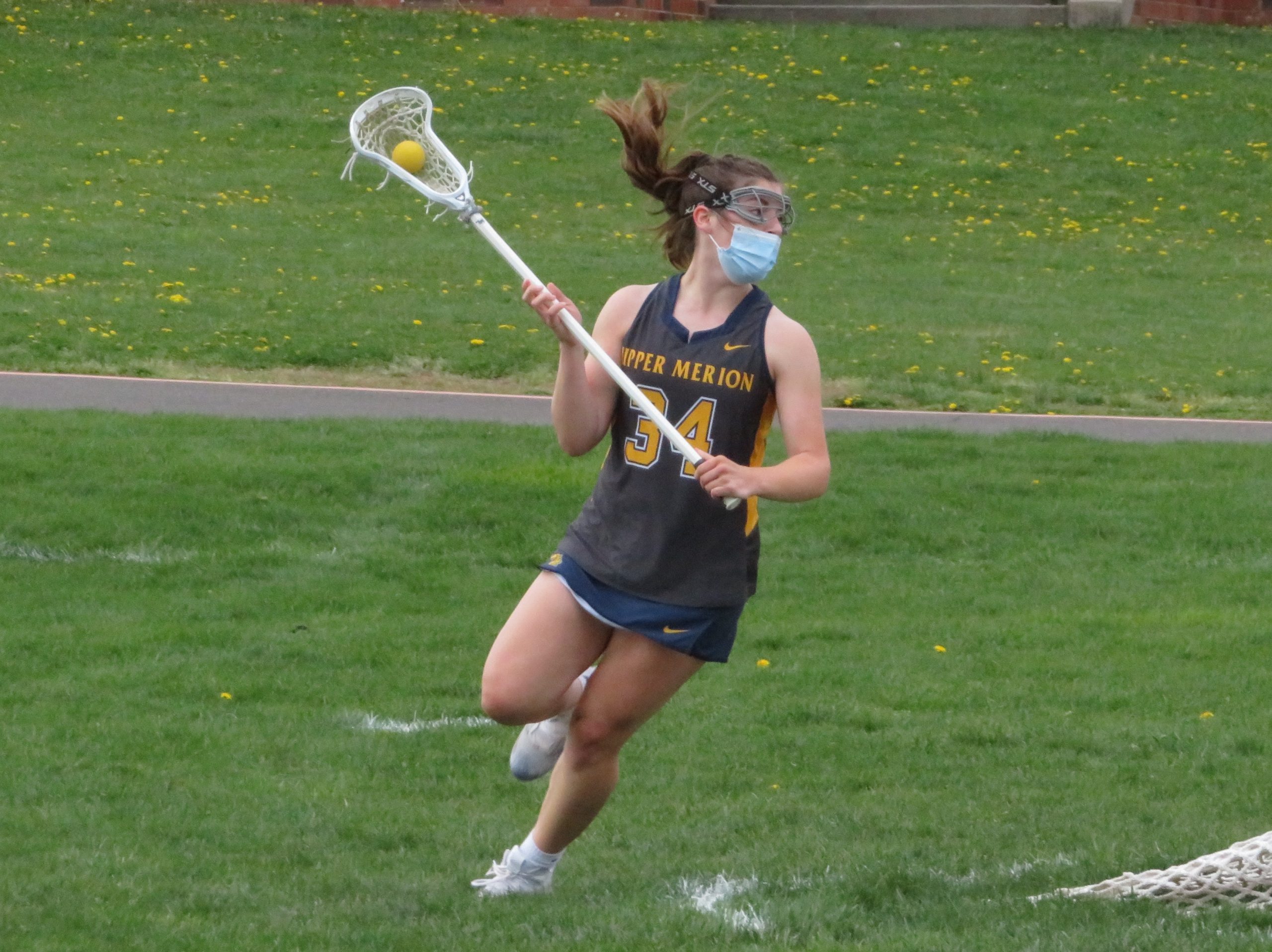 The Vikings put that work to good use and possessed the ball for almost all of a game-changing 10-minute stretch Thursday evening against Pope John Paul II. They scored eight straight goals over 10:07 in the middle of the first half to take control and never looked back in a 14-4 Pioneer Athletic League Frontier Division win at Pope John Paul II High School.

“We know that (ground balls and draw control are) what’s going to win games,” Upper Merion coach Angie Yanocha said. “That was our main focus at practice (Wednesday). We were winning a majority of those ground balls, we were forcing turnovers on defense and we just had some really great passing combinations. Midfield transition was great to put us in a position to score.”

“We were a lot more aggressive on our ground balls and we were really hustling for everything,” Upper Merion senior Cat Merritt said. “We knew we gave it our all and that definitely translated to our play.”

Ashley Evitts, Julianna Callison, Olivia Smith and Merritt each scored two goals as the Vikings (3-1, 3-0 PAC Frontier) jumped out to an 8-1 lead with 7:56 to go in the first half.

Evitts tied the game at one by converting a free position opportunity and Callison put Upper Merion ahead less than two minutes later.

Merritt finished with five goals while Evitts, Callison and Smith each completed hat tricks in the second half.

“It’s really great,” Merritt said of having so many capable scorers. “They’ll come and double me and I can just dip it over to Julianna or Ashley or Olivia and we get a quick goal.”

Rory Nilsen scored for PJP (2-3, 2-2 PAC Frontier) in the final minute of the first half to trim the Golden Panthers deficit to six, 8-2, but Merritt responded 12 seconds later to send the Vikings to halftime ahead 9-2.

Evitts and Merritt extended the lead to 11-2 in the first six minutes of the second half, but PJP got those goals back courtesy of Annie Rathgeb and Kallan Bustynowicz. It was Bustynowicz’s second goal of the game after putting her side ahead 1-0 just 22 seconds after the opening faceoff.

That’s as close as the Golden Panthers would get. Callison scored 15 seconds later and Smith 30 seconds after that to get the difference back to nine, 13-4. Merritt made it a 10-goal game with two minutes remaining.

Another issue from Upper Merion’s 17-9 loss against Spring-Ford that the Vikings corrected was not playing together. They totaled seven assists on their 14 goals with Bella DiSanto, Sam Walmsley and Callison each giving out two helpers.

“Our Spring-Ford loss we didn’t play as a team,” Yanocha said. “Today our goal was to go out together as a team, stay composed. We made a few too many mistakes in the second half, but luckily we were on the positive end of the scoreboard and still able to come out with a nice 10-goal win.”