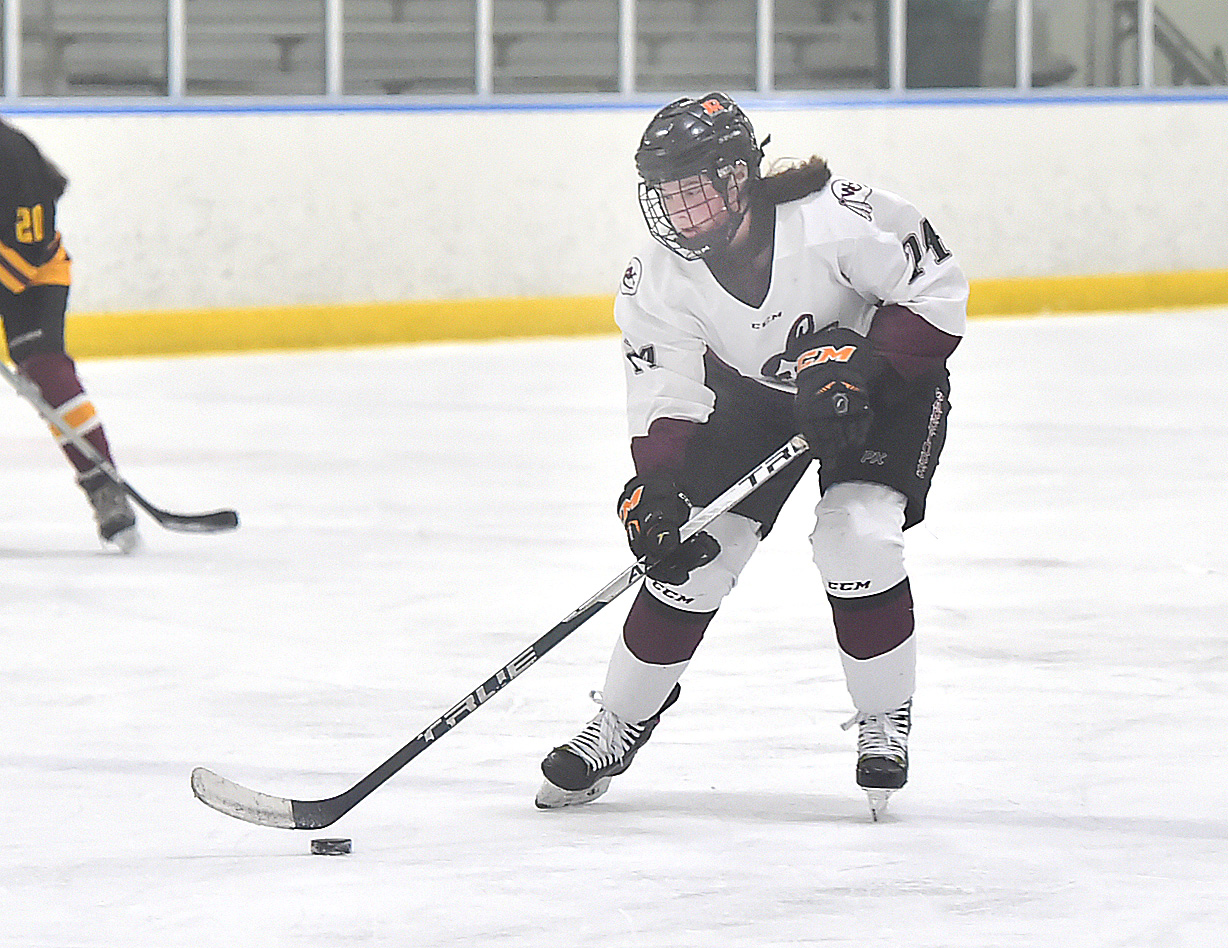 The Downingtown West ice hockey program has had its eyes set on winning a Flyers Cup championship for years — and after Wednesday’s semifinal games, both the D-West girls and boys teams have advanced to the finals to compete for the championships.

The West boys reached their third straight championship game in the last three years. They fell to crosstown rival Downingtown East in 2019, and in 2020 the tournament came to an abrupt halt due to COVID-19, after the Whippets had reached the final, where they were set to face Perkiomen Valley.

They say the third time’s the charm, and after D-West’s 4-3 win Wednesday against 12th-seeded Avon Grove, the Whippets have another shot at claiming the title. Wednesday’s contest was a competitive one, and it all came down to the final period.

“We knew it was going to be a tight game,” said West coach Ryan Smith.

Avon Grove led 2-1 at the end of the second period, but that lead didn’t last much longer. The Whippets scored three goals in the third period to overcome the deficit.

The Whippet goal that tied the score at 2-2 at the start of the third was netted by sophomore forward Evan Adams, who typically plays on the JV squad.

“Tonight was only his second or third varsity game,” said Smith. “He got some minutes and made them count.”

“You have to give credit to the boys, they know how to finish it when they get up and they did that tonight,” said Smith. “It really starts with the leadership from Anthony Florkowski and Zak Spero. They keep pretty even keel out there for everybody and they never waver and keep fighting.”

Despite strong efforts from Avon Grove’s Nolan Zotter, senior goaltender Aidan McCutchinson protected the net, and the Whippets continued to push offensively to maintain their lead.

“Their forecheck is relentless, they’re well coached, and Zotter is the guy you’ve got to key in on,” said Smith. “He got that third goal to tighten it up and make it a little bit entertaining, but ultimately, we were able to prevail.

The Whippets’ fourth goal came from Spero, a determined senior hoping to end his final season hoisting the Flyers Cup. He leads the team on the ice and the stat sheets.

“He’s been big for us for years,” said Smith. “He got a fourth goal to put us up and that really solidified it. He said it last week against Neshaminy, and he said it again tonight between periods: ‘This is not, can’t be, my last game. This won’t be my last game’”

The Whippets will compete in the Flyers Cup Championship game against second seed Haverford High Tuesday, April 20 at 8:15 pm at Ice Line.

Smith attributes much of both the D-West girls’ and boys’ success to the program’s president, Craig Moylan.

“It’s awesome. It really goes back to Craig Moylan. He’s done a fantastic job as President for the past 7 years, and he is really this organization’s rock. We really want to win this for him,” said Smith.

The No. 1 seed Downingtown West girls came out hot, and stayed that way for the entire game, defeating fifth seed West Chester Rustin 10-3, securing a spot in the Girls Flyers Cup championship for the first time in program history.

With 44 shots and 10 goals, but only one hat trick, it was a team effort for the Whippets on Wednesday. The young and the old, all came to win – and to score.

After multiple opportunities, 8th grader Ava Thomas got on the board in the final moments of the second period, marking her first of three goals. Junior Alie Bogusch opened the third with a goal, followed by Thomas’ next two goals. A power play effort from sophomore Alyssa Martin sealed goal No. 10.

“We scored goals top to bottom, everybody contributed,” said D-West coach David Schultz. “They worked the puck really well, on all parts of our roster.”

The Whippets scored on all four of their power play opportunities, and didn’t take a single penalty.

“We’ve been gaining momentum all season, and they know what they Flyers Cup means,” said Schultz. “It’s a big deal for our club, and for the girls. And now we have an opportunity to play in the finals.”

Despite the score, Schultz said Rustin kept it competitive the entire game.

“Carly Marzano, in particular – she wouldn’t quit,” said Schultz. “You look at the score, and you see 10-3. But I thought at any moment in the third period, they could sort of come back. That team does not give up.”

Rustin scored once in each period, the first from sophomore Jennifer Gallagher, and the next two from freshman Isabella Cericola.

“There’s a lot of girls on this team that don’t play club hockey, so this is a huge accomplishment,” said Schultz. “I want to put them in the best possible situation to achieve that goal.”

What will Schultz tell his team, with one more win standing between them and the chance to hold up the cup?

“48 minutes, or 48 years for the rest of your life thinking about it?,” said Schultz.

The Whippets will take on No. 3 seed West Chester Henderson, which upset second-seeded Bux-Mont on Wednesday night. The Warriors held the lead the entire game, winning 2-1.