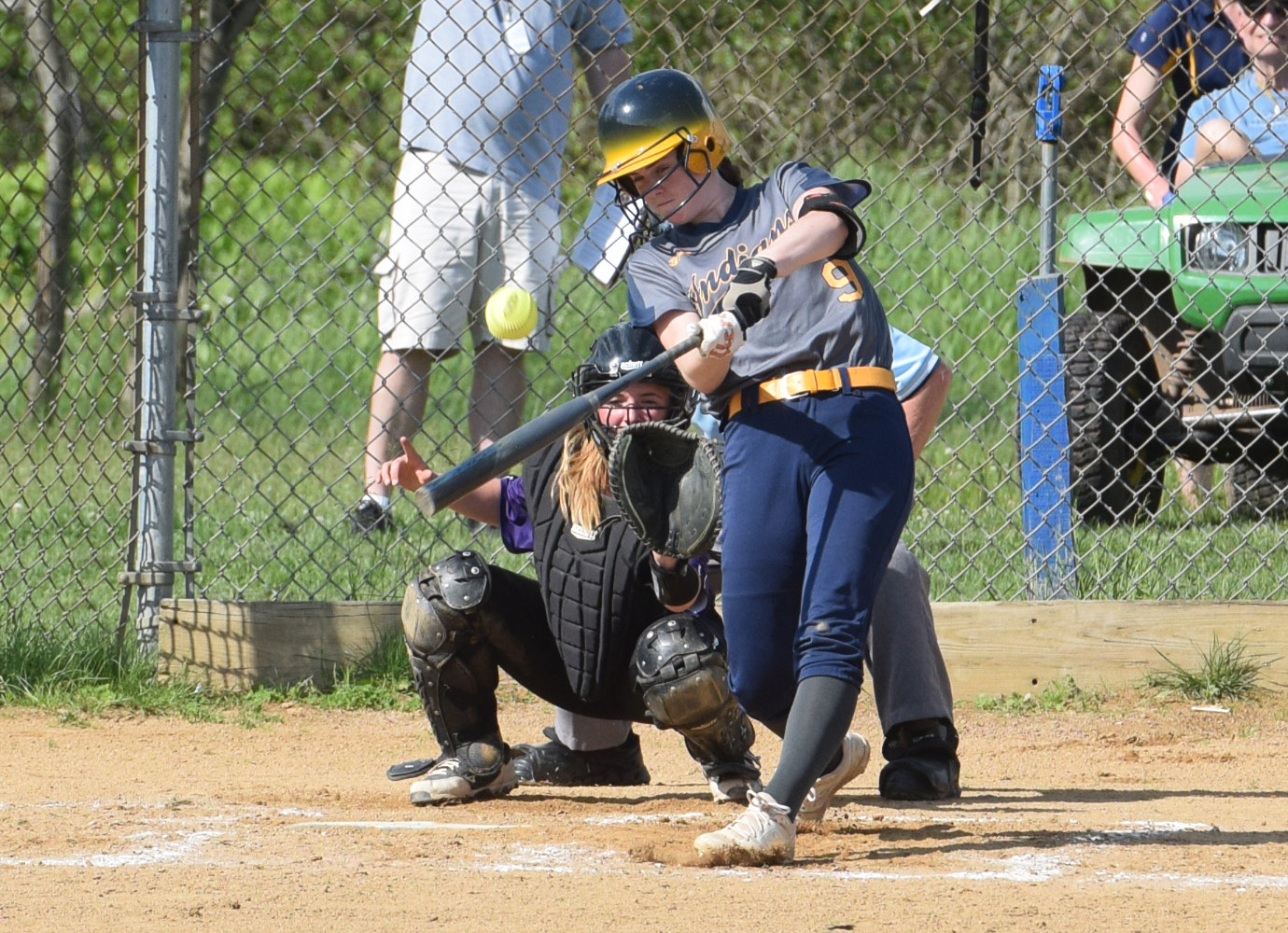 Upper Perkiomen 11, Phoenixville 5 >> The Indians combined for eight runs in the fourth, fifth and sixth innings on the way to Wednesday’s Frontier Division win over the Phantoms.

Sierra Fretz (double, 3 RBI) was a perfect 4-for-4 to lead the way for UP at the dish and Dani Freer tallied three hits, including a double and triple, drove in a pair of runs and scored three herself. Rachel Mohan homered for the Indians.

Taylor Croak picked up the win for UP. She struck out seven and walked two along with her double at the plate.

Kendall Brown, Courtney Gable, Aubrie Breisblatt and Chloe Johns had two-hit day for the Phantoms, including homers for Brown and Gable. The teams combined for 28 hits, including 13 for extra bases.

Perkiomen Valley 11, Owen J. Roberts 9 >> An eight-run third inning proved enough as the Vikings had to hang on late for a PAC Liberty win Wednesday.

OJR made it interesting with seven runs in its final three at-bats thanks in part to Claudia Alldred (3 hits, 2 RBI), Allie Daubert (2-for-4, 2 RBI), Morgan Twaddell (2-for-3) and Emmalyn DiBattista (2-for-3).

Methacton 3, Boyertown 0 >> The Warriors used late-inning runs for the second straight day to come out with Wednesday’s PAC Liberty win over the Bears.

Methacton broke a scoreless game through five with a run in the six and two more in the seventh to come up with the win. Caraline Newman and Avery Schwartz both had a pair of hits for Methacton. Schwartz led off the sixth with a triple before Caitin Woolbert’s RBI single knocked her in to score what wound up being the winning run.

Paige Deal recorded her third shutout of the season. She allowed six hits and struck out 10 batters, while walking none. Ella Hurter pitched a gem in the Bears’ losing effort, giving up two earned runs and striking out 13 Methacton hitters compared to one walk. Nicole Kratz doubled for the Bears.

Spring-Ford 10, Norristown 2 >> Madison Peck, Caleigh Tennity and Lily Undercofler all tallied a pair of hits in the Rams’ PAC Liberty win over the Eagles on Wednesday.

Spring-Ford leadoff hitter Noelle Reid had a triple and came around to score three times. Peck and Undercofler (3 RBI) both had doubles.Maddi Walsh went the distance in the circle for the Rams, not allowing an earned run as she struck out 10 and walked none.

Shannon Taylor pitched a complete game for the Eagles. Jordyn Bell tallied a pair of hits for Norristown and Erin Morse doubled.

Pope John Paul II 22, Upper Merion 11 >> The Golden Panthers plated 11 runs in the bottom of the sixth to break open a tie game and induce the 10-run rule in a PAC Frontier win over the Vikings on Wednesday.

Ally Hourigan (3-for-4) drove in five runs with a single, double and a homer. Alex DiCampello (double, triple) tallied four hits. Dani Dare hit three doubles to lead the way for PJP, which also got three-hit days from Isabela Caruso and Kelsey Bryant.

Pottsgrove 15, Pottstown 3 >> The Falcons broke away from the Trojans with 11 combined runs in the fifth, sixth and seventh innings of Wednesday’s PAC Frontier win.

Mikayla Eckman swung a big bat going 4-for-4 with a triple and six RBI. Avery Gleason went 2-for-3 with a double, scoring three times and driving in three runs herself. She also pitched seven innings, allowing two earned runs and striking out eight