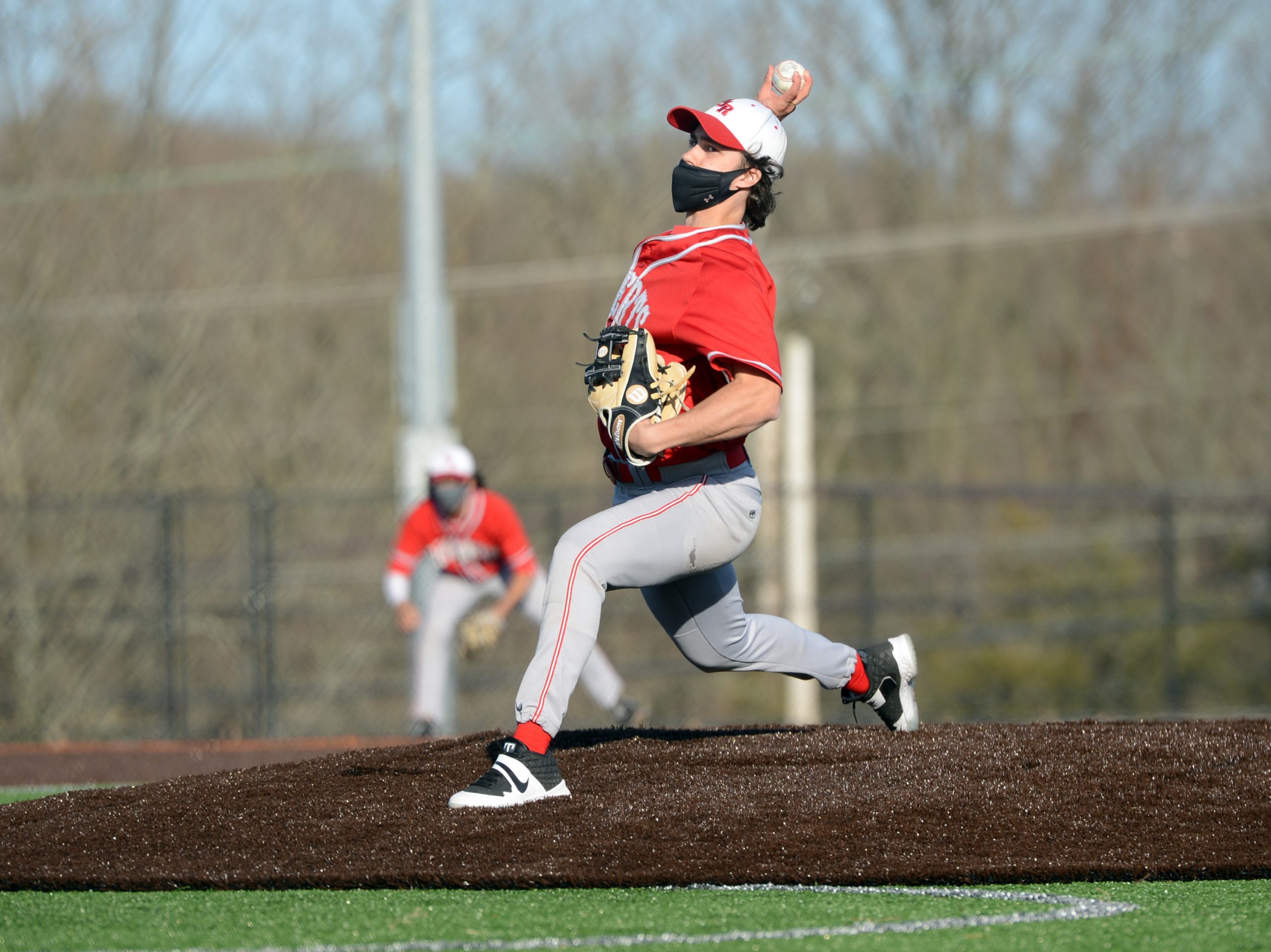 Owen J. Roberts 8, Methacton 5 >> The Wildcats dug themselves out of an early hole with a five-run fourth inning on the way to Tuesday’s PAC Liberty win over the Warriors.

Dean Mihos went 2-for-4 (double) with two runs scored and pitched a perfect seventh inning to pick up the save. Ethan Sabatino (2 RBI) and Aaron Kirby (double) also had two-hit days.

After OJR fell behind 4-1 in the second, Alex Lobello picked up the win on the mound, allowing one earned run in four innings of relief. Graham Halfpenny went six innings for Methacton, striking out six, but was hurt by four Warriors errors compared to none for the Wildcats.

Phoenixville 11, Pottsgrove 2 >> Mike Memmo ‘s big day at the plate buoyed the Phantoms in a PAC Frontier win over the Falcons on Tuesday.

The Phantoms had just five hits but walked 20 times in the game. Memmo had three of his team’s hits, including a double, and drove in four runs.

Avery Spencer had a two-hit day for Pottsgrove.

Dalton Dunlap was the catalyst with a 3-for-4 day that included a double and four RBI. Evan Shade, Ian Ferrero and Malachi Duka each had a pair of knocks, including extra base hits for Shade and Duka. Evan Witting earned the win, allowing three earned runs in 4.1 innings.

Enam Robinson went 2-for-3 for Pottstown, which scored all six of its runs in the fifth inning. UP scored at least one run in all seven innings.