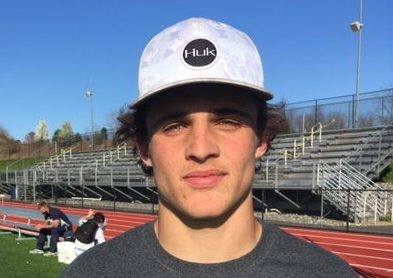 WESTTOWN >> The COVID-induced cancellation of the 2020 boy’s lacrosse season makes for a lot of uncertainty this spring. But with each day, and every outing, we are beginning to learn more and more about the Ches-Mont race.

Following Tuesday’s 13-7 victory over Bishop Shanahan, you can now put West Chester Rustin into the discussion as a contender along with Kennett, Downingtown East and Downingtown West. The list may grow or become pared down, but at 3-0 in the league (4-1 overall), the Golden Knights have now won four in a row, including the program’s first-ever win against rival West Chester Henderson.

“Even though Shanahan is a young squad, they are the two-time defending state champs,” said Rustin head coach Kevin Philibin. “So it shows our guys the kind of potential we have.”

The Knights broke open a 1-1 tie by scoring six of the next seven goals in a first half surge that the visiting Eagles never really recovered from. Shanahan won the PIAA 2A state title in both 2018 and 2019, and had a chance to make it three in a row until the coronavirus pandemic wiped out the season.

And the start of the ’21 campaign hasn’t been any more forgiving. The inexperienced Eagles (1-1 overall) entered Tuesday with just one match under their belts.

“Our first three games and a scrimmage were cancelled because of COVID,” head coach Jon Heisman said. “So we played one game in the previous 38 days, and it showed.

“We hope to get a little better day-by-day. We have already improved, believe it or not. This was just a tough spot to come in against (Rustin), who’s played five games.”

Coming off dominating wins against Henderson and East, the Knights now reign over West Chester lacrosse for the first time. And sophomore midfielder Marek Seaman is making a big early impression, having scored 20 goals in three league games so far. He had six against Shanahan and added an assist.

“He is a throw-back two-way midfielder,” Philibin said. “He is a three-sport athlete (also football and wrestling) and he can do a little bit of it all. He is still pretty raw, which is going to be scary for our opponents. He is really starting to refine his game and is very coachable, so he is only going to get better.”

Seaman headlines an impressive group of sophomore skill players who combined to score 10 goals on Tuesday. The others include Antonio Santangelo (two goals, two assists) and Jake Jackson (two goals), who is the son of former Avon Grove coach Eric Jackson.

“Having them gel and grow, despite missing last season, is huge,” Philibin pointed out.

“Having seniors like Tucker (Flynn) and (Shanahan transfer) Owen (Murray) able to run the offense, and those guys playing around them has given them the chance to come into their own. We are expecting big things from them this season and in the future.”

The youngsters had a hand in every goal during the run that put Rustin in front 7-2 midway through the first half. Seaman scored four times in that span, Santangelo added another goal, and they each dished out an assist.

“Winning West Chester for the first time and picking up this win over Shanahan – who has kind of put a beat-down on us the last couple seasons – is huge for our guys,” Philibin said. “It’s a big, big confidence boost.”

It wasn’t quite over, however, until Seaman and Jackson scored momentum-altering goals in the final few minutes of the third period, turning a precarious 9-6 lead into something much more comfortable.

“There is no doubt about it, (Rustin) is a good, tough team,” Heisman said.

“Shanahan is a good team that is well coached every year,” Philibin added. “We knew they would have their runs and we talked about keeping our composure.

“We were winning a lot of face offs and controlling the pace of the game. If those face offs go 50-50, this probably ends up a one- or two-goal game either way.”

In addition to scoring a goal, Flynn won 15 of 23 face offs on the day, going against three different Eagles in the circle.

“We didn’t make many saves early, and didn’t win any face offs, and that’s a recipe for disaster,” Heisman acknowledged. “Rustin’s first eight shots, nine of them went in, and that put us behind the eight ball pretty quick. We did battle, but we made too many mistakes.”

“We are experiencing growing pains,” Heisman said. “We are going to be up against it every game, but we feel that we can compete in this league.”

Murray finished with two goals and three assists for the Knights.

“We are rolling right now and feeling good,” Seaman said. “This was a big win.

“As a team I think we are only scratching the surface of our potential.”

Three-run seventh lifts Kennett past Coatesville
Shanahan fires on all cylinders for victory vs. Rustin