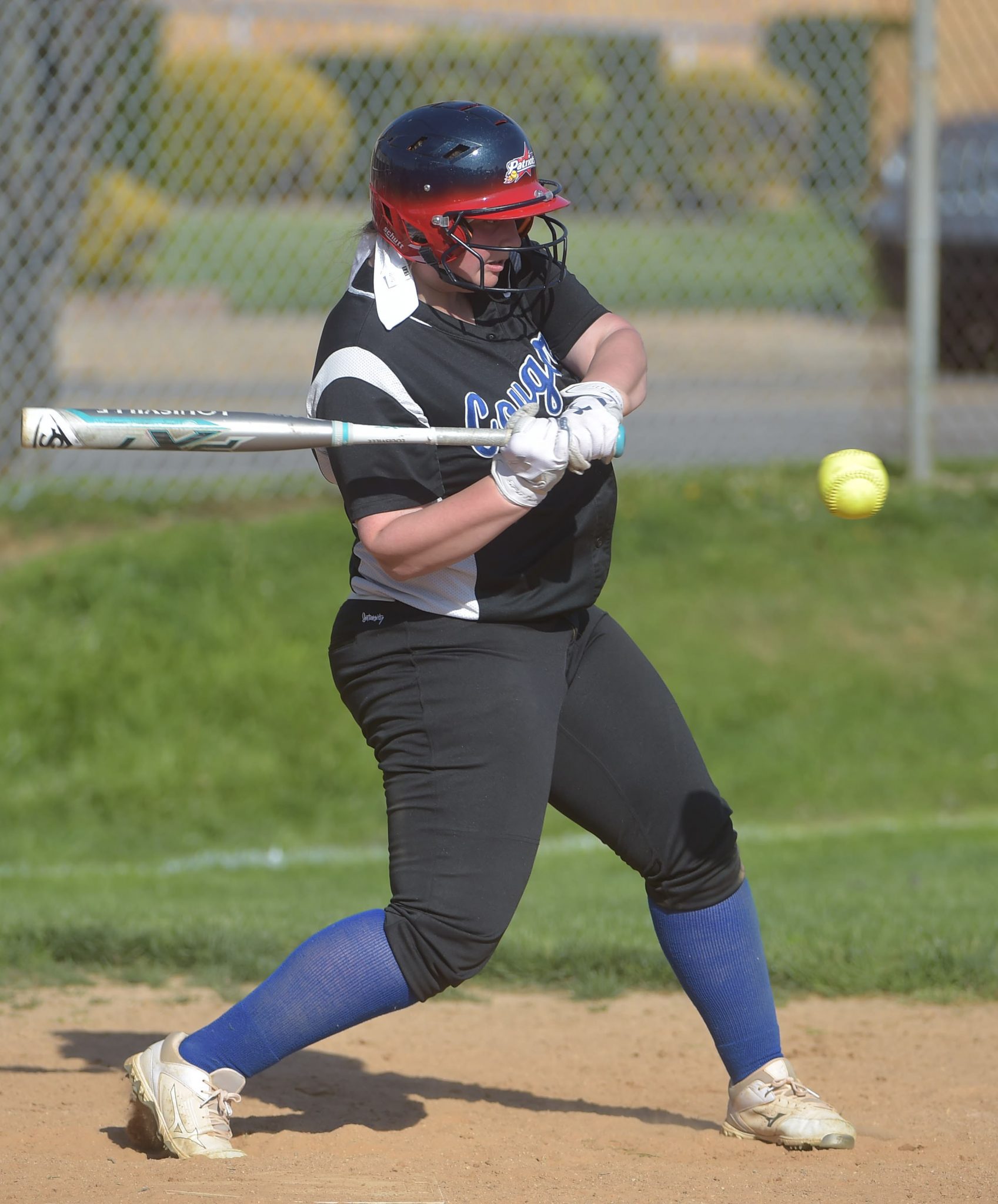 Sam Ciasullo, pictured during the 2019 season, struck out 15 and hit a triple to lead Springfield to a 7-0 win over Penncrest.

Sam Ciasullo was close to unhittable in Springfield’s 7-0 Central League win over Penncrest.

The senior pitcher struck out 15 and allowed no walks in a complete game performance. She also helped herself at the plate with a triple.

Jordan Galloway went 2-for-3 with a double and Ally Heston had two singles and an RBI for the Cougars.

Haverford 18, Lower Merion 3 >> Lucy Wolf was the winning pitcher — her first on varsity  — in the Fords’ rout of the Aces.

Ersy Neal added two hits, two runs and three RBIs for the Knights. Michaela Silva was 2-for-2 with a double, two RBIs, and three runs.