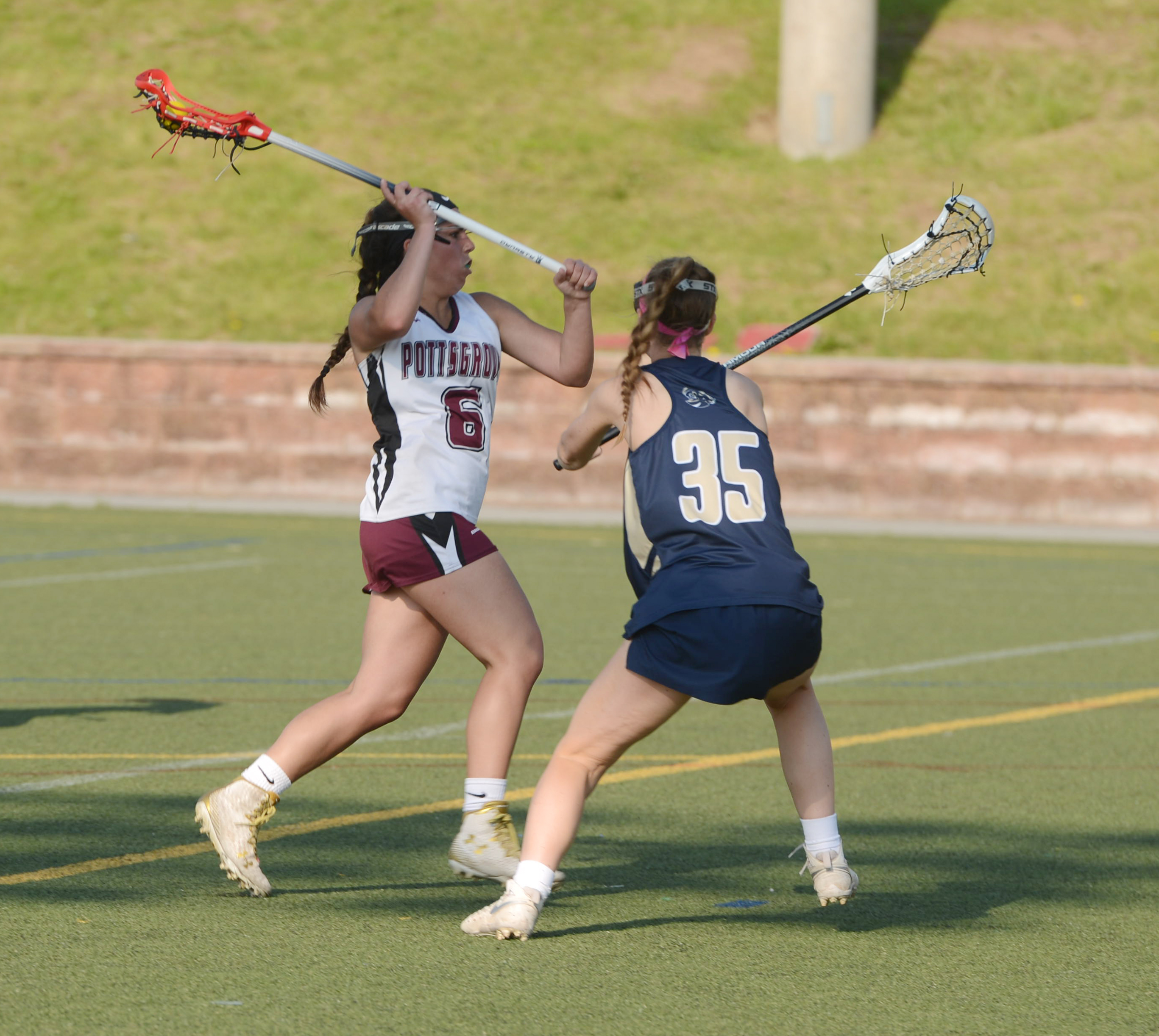 Outlook: The Bears’ District 1 playoff win in 2019 was their first in five years. Like mostly everyone else in the area, Boyertown will need its young players to grow quickly in order to repeat the feat. Ali Pioli was a second teamm All-PAC Liberty selection as a freshman in 2019.. “This season should be a season with a lot of growth for us,” coach Pam Wernersbach said. “We are a very young group but also very determined, focused and athletic. The coaches are impressed by the teams work ethic and drive. … Even though we are young by age, we have mature focused leaders that will help grow our young players quickly.”

Outlook: The Blazers return their top two scorers from 2019. A strong core of seniors should help the young program take a step forward.

Outlook: A year after spending their spring participating in ‘Coronalympics’ against their male counterparts, the Blues are ready to make the most of the 2021 campaign with some ambitious goals. “Our team has a lot of talent and the focus is getting on the same page and working as a unit,” coach Mo Gaitán said. “We are a cohesive group on and off the field, but the special sauce is bringing it all together for the entire season. We are well on our way and eager for games ahead. … We have our eyes set on making some program milestones. It has been a long time since girls lacrosse were able to bring home some hardware. If we put it all together, we can do something special. “

Outlook: The Warriors have some experience PAC from their 2019 PAC semifinalist and District 1 playoff team, including second team All-PAC Liberty selection Julia McCann. “Overall we have a talented group,” coach Laurie Merkle said. “We have a lot of depth at numerous positions and we are just excited to get back on the field. … WE need to learn to play together and gel.  WE have the talent we need to put it all together.”

Outlook: A pandemic in 2020 was the first thing to halt the Wildcats from a PAC title in seven years. The Wildcats have five players with varsity experience, including 2019 All-PAC Liberty second teamer Maggie Kilgallon. Coach David Schlesinger expects defense to be a strength. “Must avoid the mistakes of youth, maintain possessions, and finish our chances on net,” Schlesinger said. “The goals never change for OJR GLAX: PAC Championship, District 1 Championship, PIAA Championship.”

Outlook: Vikings senior goalie Lauren Foley was a second team All-Area selection in 2019, one of just two second teamers returning to the area this season. “PV is hoping to be a strong competitor within the PAC with multiple scoring threats, a fast and talented defense, and a gritty midfield unit,” coach Lisa Clark said. “Every game will be a battle. This should be a fun season with a lot of unknowns following the last year.

Outlook: The Phantoms last won a Frontier Division championship when they grabbed three straight from 2013-15 but have a group this season that has a chance to compete for the top spot in a division that should be competitive throughout.

Outlook: PJP coach Lex Versak is in her second season at the helm of the program but will officially guide the Golden Panthers on the field for the first time in 2021 after the cancelled 2021 campaign. Kallan Bustynowicz (first) and Rory Nilsen (second) return as All-Frontier selections from 2019. “This year PJP lacrosse is anxious to play and looking forward to a new season,” Versak said. “With losing a decent amount of seniors in the past, the girls are ready to fill their shoes and lead the team to a successful season. Our team is balanced with talent from attack to defense. The girls are more excited than ever to get back on the field and make up for lost time of last season. Their positivity, energy, and determination will not go unnoticed this year.”

Outlook: The Falcons’ juniors and seniors are hoping to continue the momentum built as freshmen and sophomores when they won the program’s first Frontier Division championships and made the program’s first trip to states. Sydney Tornetta and Sydney Wasdeick were both 2019 first team all-division players. “We are excited to be back on the field in 2021 and defend our 2019 Frontier Division title,” coach Kirstin Urie said. “There will be some growing pains as we are all learning how to play together again and work out the kinks from missing a full season. However, we have an extremely talented group of upperclassmen ready to lead and a group of newcomers who are looking to make an immediate impact. We are looking to be competitive each and every game and continuously improve throughout the season.”

Outlook: Inexperience and a small roster will be a challenge for the Trojans in a Frontier Division that has a lot of returning talent this season. Senior Destri Roye, a 2019 second team All-Frontier selection, will be leaned on to make things happen for Pottstown  this spring. “We have a very small roster and we will be challenged by lack of numbers,” coach Brandy Scherer said. “In addition to being very small, we are very young. Our girls have not had the opportunity to play for quite some time.  This year is all about learning the game and getting LOTS of experience on the playing field.”

Outlook: The Rams finished as the league’s runner-up for the second time in three seasons in 2019. Spring-Ford has a handful of holdovers from that group and a lot of new faces hoping to help the Rams on a postseason run. “Our talent is much more spread out, and they are really starting to work as one,” coach Kristi Holstein said. “These girls have been working hard together since November and it is awesome seeing the progress each and every day. They are positive, hardworking and have only just started the journey to their full potential. Where we are today will look different two weeks from now. They are eager to learn and improve and it is starting with our senior leadership. … Our defense is strong.  We have a large midfield to cycle in as well as play in other positions. Attack is starting to work together to get each other open.

Outlook: Seniors Catherine Merritt and Anya Waller were two of the Frontier’s top players in 2019, earning first and second team honors respectively in 2019. Those two and others should help the Vikings compete for a division title once again. “After not having any season at all last year, we are thrilled to be back on the field playing lacrosse,” coach Angie Yanocha said. “We have six starting seniors along with a mix of Freshman and returning Sophomores that we never really got to see play last year. So we need some time together to build chemistry and get stronger. But we have a strong group of players that with time will gain confidence and composure on the field.”

Outlook: Coach Catie Sobotor hopes to continue to move the program in the right direction in her third season. Returning all-league players Luci and Bella Carpenter should help. “We have a young team this year that has been working hard off campus due to Covid protocol,” coach Catie Sobotor said. “We are looking to build from what we were able to do two years ago, as well as learning to grow through the adversity of last year’s shortened season. In these current times, dedication and commitment aren’t just needed on the field, but off of it as well in order to succeed. We are looking forward to building the program. The potential is there, and we are looking forward to seeing what this young group of ladies can accomplish as they grow individually and as well as a team. The next few years are going to be exciting and I’m looking forward to seeing what this group of young women can accomplish.”