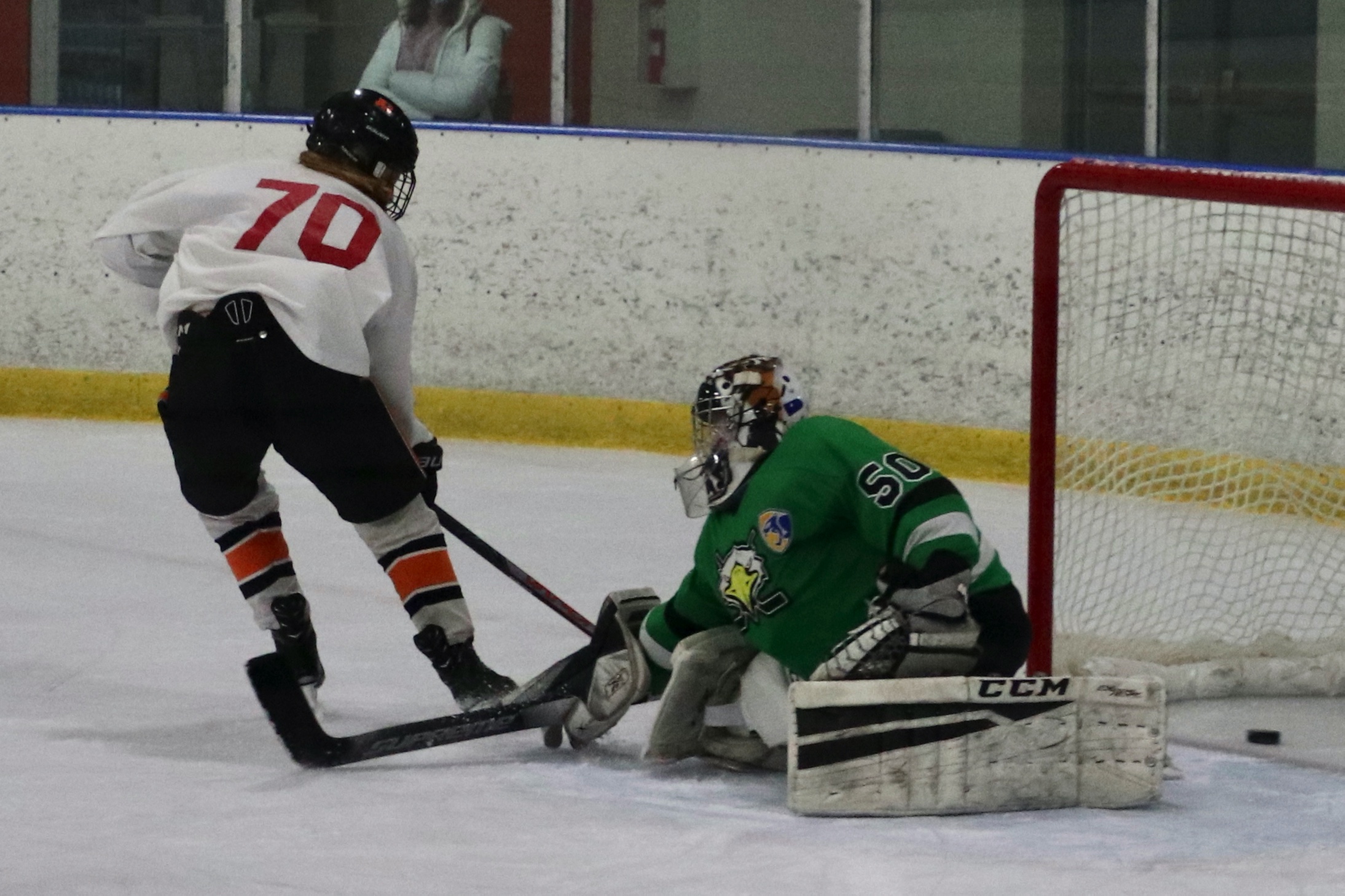 An early deficit was no match for the No. 1 seed Owen J. Roberts/Boyertown in Tuesday night’s ICSHL National Division semifinal at Iceline.

While Downingtown East/Bishop Shanahan took an early lead, the rest of the game was all Bearcats in a 9-1 victory that sent Boyertown/OJR toward a three-peat.

The final is Wednesday night at 6:15 p.m. at IceLine against No. 2 seed PennHaven.

Ava Rinker starred with four goals and two assists while Samantha Hughes had a hat trick.

Hannah Baxter added a goal and an assist for the Bearcats, which rallie for a 3-1 lead after one period and were out of sight after two, owning a 7-1 lead.

D-East/Shanahan got things off to a fast start about four minutes into the period when D-East/Shanahan forward Dana Watson pounced on her own rebound, pushing it past a sprawling Amy Erb (13 saves) to open up the scoring. Forty seconds later Rinker grabbed an errant pass at mid-ice and put the puck top shelf from the top of the circle to even the score. Although D-East/Shanahan tested Erb a few times, the Bearcats controlled the pace of play for much of the period. It eventually paid off when Hughes scored during a scrum in front of the net, off of an assist by Emma Cope. Baxter put in a nifty wrap-around goal for her first of the night with just over a minute to go in the period to make it 3-1

The second period was all Bearcats, as Rinker opened up the scoring only 42 seconds in, then assisted in Hughes next two goals to give Hughes the hat trick and put the Bearcats up 6-1. Hughes’ first of the period was a beauty, as she rushed up ice on a breakaway and across the crease before putting a backhand past the outstretched toe of the D-East/Shanahan goalie. Nicolette Bardsley ended the scoring for the period with a beautiful deflection off of a shot from the point by Hannah Baxter. D-East/Shanahan managed only two shots on the period.

D-East/Shanahan came out fighting in the third, but Rinker put the game well out of reach with an additional two goals for the final margin.

This will be the Bearcats fourth consecutive final, as they play for their third division championship in a row.