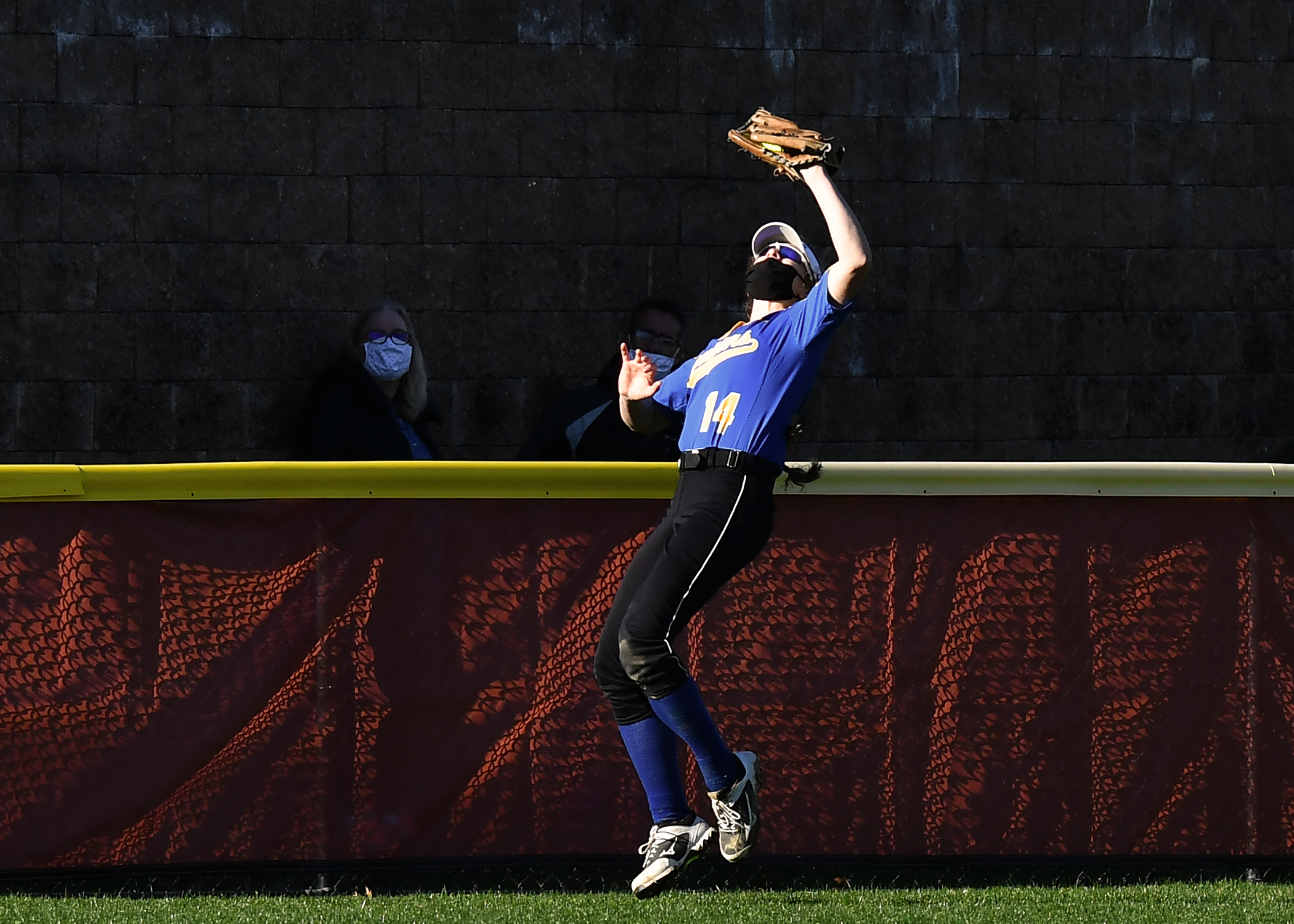 WEST GOSHEN—Despite not having played a game in nearly two years, Downingtown East played like they were in midseason form. The Cougars (1-0, 1-0) notched a hit or a run in all but one slot in the batting order, and pitcher Angelina Romano kept the Vikings’ hitters at bay, to open their season with a 12-0 shutout of West Chester East (0-2, 0-1).

“This was a total team effort, with contributions coming from everywhere,” said Cougars’ coach Bill Williamson.  “Lina pitched a great game, we got hits all up and down the order, and played great defense.  We even turned two double plays.  Beautiful way to start the season after such a long lay-off.”

Downingtown East wasted no time in setting the tone, batting around in the top half of the first.  Romano worked a base on balls from the lead-off spot, and by the time number-nine hitter Steph Allessandro chased Vikings’ starter Jess Gomez with an RBI single to turn the line-up over, the Cougars had scored five runs on four hits, and took advantage of three Vikings’ errors. “We’re still a really young team, and we’re going to have some growing pains,”said Vikings’ coach Bobby Sweier.  “Defense is kind of the name of the game.  You play good defense, you’re going to give yourself a chance to win. But the last couple games, we’ve had more errors than the other team, and we haven’t hit the ball like we can.  There’s a lot of great talent here, but they have to learn to play at this level.”

Downingtown East added another four runs in the second on singles from Nicki Sudall, Grace Roth and Kelcey Greene, and another couple of Vikings’ errors.  The Cougars then put the game into Mercy Rule territory with a four-run fifth inning, highlighted by the only extra base hit of the day, a double to center from pinch hitter Ainsley Robinson.

“It feels so great just to be out on the field and playing again—I missed it so much,” said Protesto.  “Today was so much fun. The whole team was up and cheering all game.  West Chester East is a great team, so to get started with a win like this over a team as good as them is amazing.”

The top of the Vikings’ order, Alyssa Conlon and Carey Werley, each went 2 for 3 on the day, while number eight hitter Abbey McCormick was 2 for 2 to lead the way for West Chester East. “I am really at a loss for words,” said Romano. “The energy of this team was so high all day.  Everyone hit, and had my back on defense.  Just a great start to the season.”

Romano struck out five, but importantly, did not walk a single batter.

“Walks can kill you, and we’ve tried to teach that to Lina,” said Williamson. “And she’s very teachable.  She’s kind of sneaky—a lot of people don’t really know what she can do.  She mixes speeds and placement well. She made some subtle adjustments today on the top of their order that shut them down after they got the early hits.”