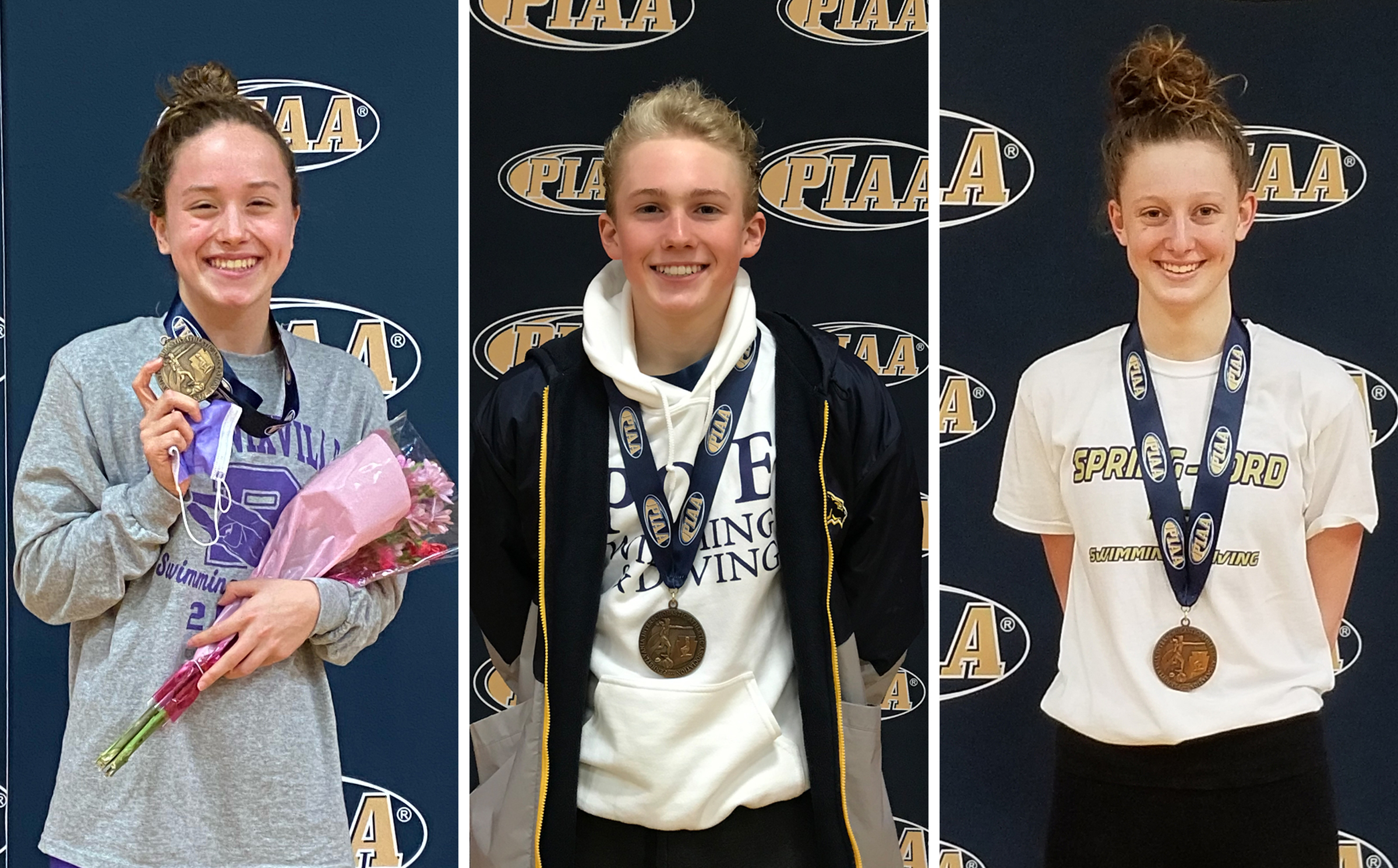 Henry Phillips said it took a little while for the magnitude of the state championships to hit him.

Without fans in the stands and a crowded pool deck, Phillips’ first trip to states didn’t match expectations for the meet.

A quick conversation with a fellow competitor from the other side of Pennsylvania gave Friday’s PIAA Class 2A Boys Swimming championship a big-time feel for Phillips.

“I talked to one kid and he was like, ‘Yea, I live on the border of Ohio.’ I was like, ‘Wow!’ That was one of the things where I realized how big the meet really was,” Phillips said. “When the meet first started, I was underwhelmed because I thought it would be like districts, electric the entire time, energy flowing and you can feel it throughout the pool.

Four Pioneer Athletic Conference swimmers combined for state medals during the Boys Class 2A Swimming Championships on Friday night and Girls Class 3A Championships on Saturday morning. Phillips was one of two making their state debut and one of three who medaled for the first time.

Phoenixville freshman Kenzie Padilla finished fourth in the Girls 3A 100-yard butterfly (55.73) and Spring-Ford sophomore Ashley Gutshall finished sixth in the Girls 3A 50-yard freestyle (23.91) on Saturday, both earning their first state hardware. “It was nice to get a fourth medal to complete my years,” Pappas said.

A season after having his first trip to states cancelled by COVID, Phillips finished fourth in the Boys Class 2A 500 free on Saturday, swimming a personal record time of 4:52.23 — seven seconds better than his previous mark.

“I exceeded my goals and not what I planned to do but was expecting to do,” Phillips said. “I was ecstatic with my time. I was so, so happy.”

Gutshall finished 23rd in her first trip to states as a freshman in 2020 and had goals of reaching the finals this season.

She accomplished that as one of 16 swimmers to qualify for the PIAA championships. Her time of 23.91 broke her own school and personal record by 0.03 seconds.

Phoenixville’s swimmers were on opposites sides of the spectrum with Padilla making her first appearance and Pappas making her fourth.

Padilla said she had some nerves in her first race but she tried to stay calm and excited and have fun.

The strategy worked out for the first timer as she bested her seed time of 56.48.

“I definitely was not expecting anywhere close to fourth place,” Padilla said. “I really just wanted to get a best time. I was kind of hoping for a medal, but I knew there were so many good people. Fourth place just exceeded all my expectations. I’m so excited.”

Pappas started her career much like her teammate, earning a state medal back in 2018 when she finished eighth in the 100 fly as a freshman.

Now with her final meet swimming for Phoenixville in the books, she heads off to Fairfield University to swim next year.