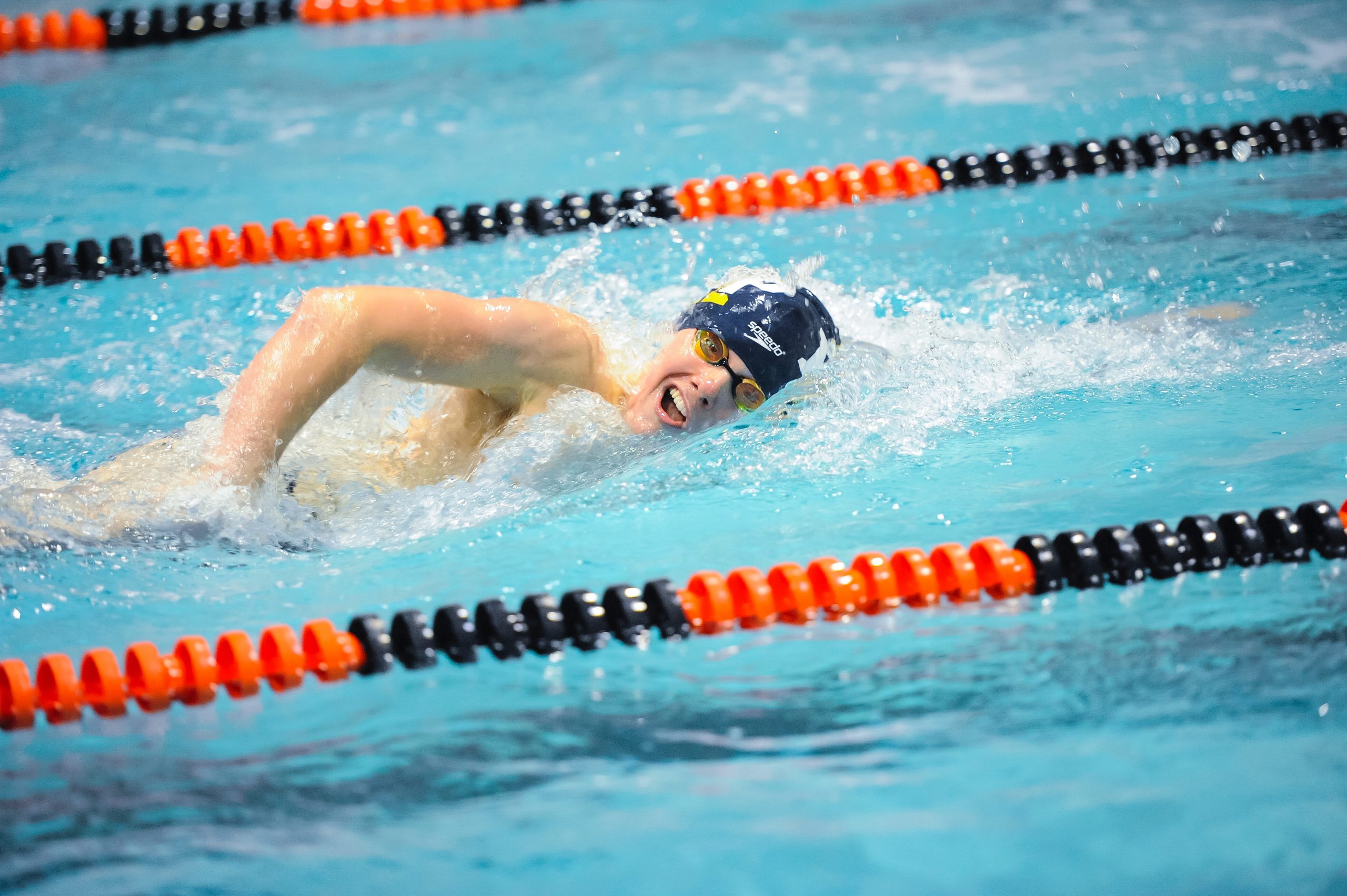 Pope John Paul II sophomore Henry Phillips should be a veteran of the PIAA Swimming Championships at this point.

A little more than a year ago, then-freshman Phillips was ready to head to Bucknell University after qualifying for two events in the Class 2A championship. Before he even hit the road, Phillips received an email explaining the meet was postponed.

The postponement, caused by the COVID-19 pandemic, turned into cancellation as the seriousness of the coronavirus grew. Eventually Phillips’ focus shifted to 2021 and finding a way to put himself in position to compete against the state’s best.

After a 369-day wait Phillips is set for his first chance to race at the PIAA championships when he swims in the Class 2A 500 free final on Friday night at Cumberland Valley High School around 7:45 p.m.

“I definitely wanted to make it back,” Phillips said. “That was definitely my goal and not to redeem myself but to get back to the place where I was last year, which I reached and it means the world to me.

“I’m so thankful for the opportunity because at the beginning we didn’t even know if there was going to be states. The goal was to make it back here and now that that goal is reached, it’s kind of to keep the train moving and keep the momentum that we’ve created.”

PIAA trimmed the championship field to 16 swimmers in each event this season. Only district champions automatically qualified with the next best times filling out the rest of the field.

Phillips automatically qualified for the 500 free when he repeated as District 1 champion with a time of 4:52.23. His second-place time of 1:47.77 in the 200 free, which ranks 12th compared to this year’s state field, would have earned him a second spot in states any other season.

Last year, Phillips was seeded 11th in the 500 and 20th in the 200 free before having his state championship trip cancelled. He comes into the 500 free seeded 12th this season.

“Of course I was upset last year,” Phillips said. “My focus is more on just this year. I’m excited I’m going to be there for the first time and experience my first state championships. It’s going to be a first-time experience but also a time to compete.”

Phillips said it wasn’t always easy on the path to states this season. His patience was tested on several occasions in the 369 days since last year’s championships were first postponed.

“I became a little too obsessed with the little things, which can be healthy, but I became a little bit too overexaggerating on the details and trying to take a step back and do the work with my teammates,” Phillips said. “It was hard not seeing them for so many months. Just take a general step back, keep the goal in mind and trust the process.”

Last season, Phillips became the first PJP swimmer to qualify for states since the formation of the Golden Panthers’ swim team four seasons ago. He’ll be the first to actually compete at the PIAA championship after Friday.

Phillips hopes he will have two more trips to states after this weekend, an experience he’s not soon to take for granted after the events that transpired a season ago.

He hopes he won’t be alone for the next ones.

“I definitely think we’re going to have more appearances in the coming swimmers in the next few years,” Phillips said. “I definitely wanted to get those first experiences and be able to relay and lead the rest of the team as we hopefully make it back there in future years. It means a lot to me to be a voice and be an example for those who make it.”