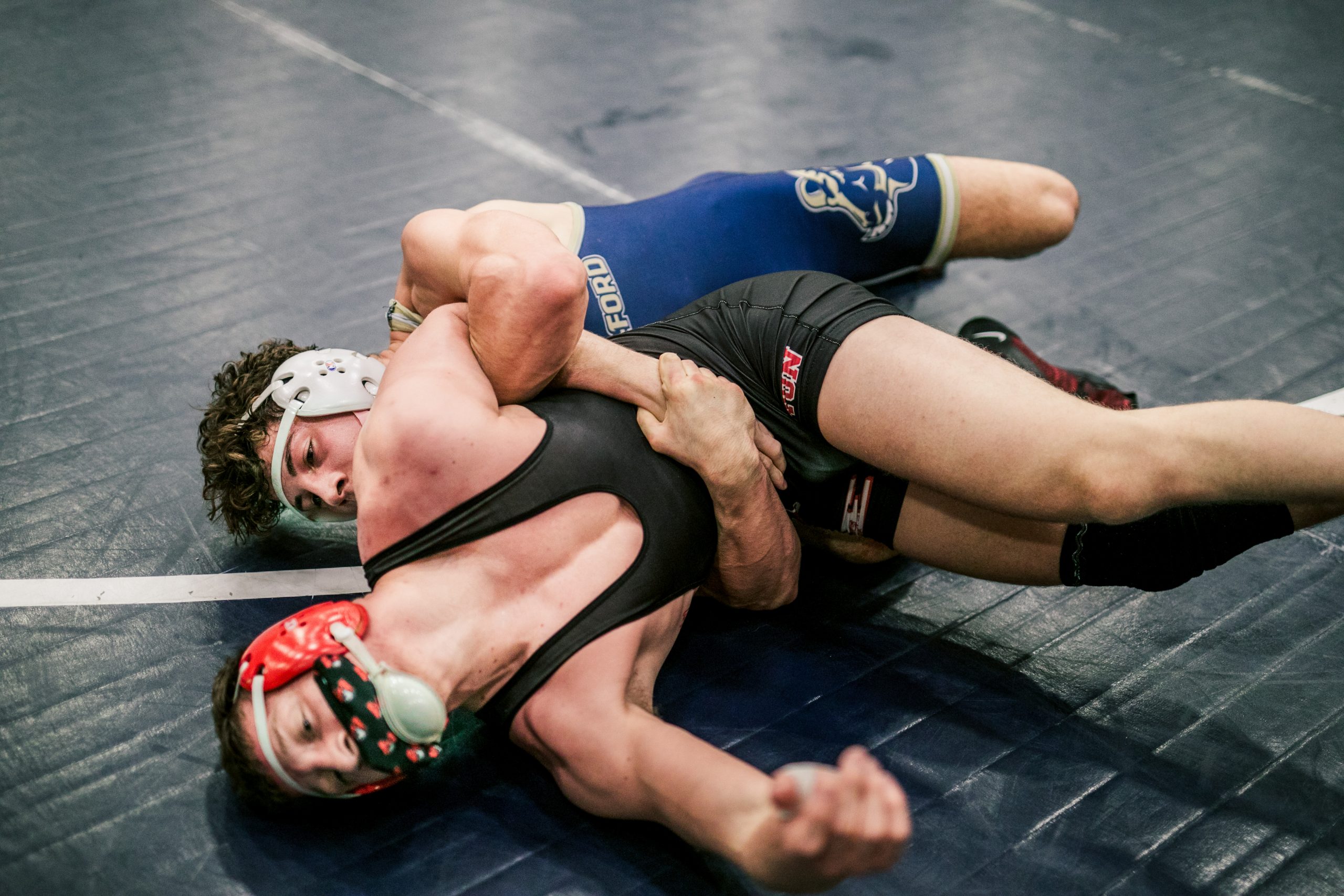 QUAKERTOWN >> No matter how lofty the prize, or how tough the competition, Joey Milano has a time-tested approach to the pressure accompanying these challenges.

Milano didn’t have pressure get in the way of another gold-medal performance Saturday. The Spring-Ford senior swept through the 189-pound weight class at the East AAA Super Regional, giving the Pioneer Athletic Conference its lone champion from a four-wrestler contingent advancing to Hershey’s Giant Center for the PIAA Class AAA Tournament’s medal qualification.

Milano (15-0) capped another big post-season weekend with a 14-2 major decision of Easton’s Isaiah Reinert in their championship bout. The day’s action – actually several hours of a second session encompassing the upper seven weight classes – saw Milano rack up a 17-0 technical fall on Bethlehem Catholic’s Anthony DeRosa in 3:10, then dispatch Nazareth’s Drew Clearie in a closer 5-2 semifinal. He secured a third PIAA medal with the run in a day’s schedule comparable to the first three rounds of the PIAA individual tournament. The goal now is to achieve a higher step on the awards podium than the pair of fourth-place finishes he previously scored.

“I feel less pressure,” he said in regard to the schedule gyrations necessitated by the coronavirus-impacted 2021 season. “It’s been a weird season. But I’d rather go down swinging.”

Spring-Ford teammate Jack McGill is in a situation somewhat similar to Milano’s … with a couple exceptions. McGill is also in line for a second state medal in his fourth visit to Hershey, though he took a lower step on the awards podium after finishing second at 160. Spring-Ford’s Jack McGill works on a pin against Pittston’s James Spindler in the 160-pound quarterfinals. (Nate Heckenberger – For MediaNews Group)

McGill (18-1) pinned his way to the championship match, needing just 48 seconds to dispatch Pittston Area’s James Spindler and 1:38 to finish off Bethlehem Catholic’s Landon Muth. In the gold-medal match with Northampton’s Jagger Condomitti, though, he saw a 4-3 duel through two periods end up with Condomitti scoring a flurry of points inside the final 10 seconds for a 9-3 decision.

“Matches with tough guys are always close,” he noted. “I didn’t capitalize enough.”

McGill will, however, go to Hershey this time with a different approach.

Milano and McGill head a four-man PAC contingent looking to position themselves for the highest state medals possible. Boyertown’s Chance Babb and Perkiomen Valley’s Kelly Kakos also qualified for the Hershey phase with their third-place finishes at 138 and 132, respectively.

“Those guys have been wrestling a long time,” SF head coach Tim Seislove noted. “Their attitude is to go have fun. Next week, they’ll be taking care of business.”

Spring-Ford’s other representative in the upperweights, Zach Needles, was unable to advance. The senior went 0-2 at 152.