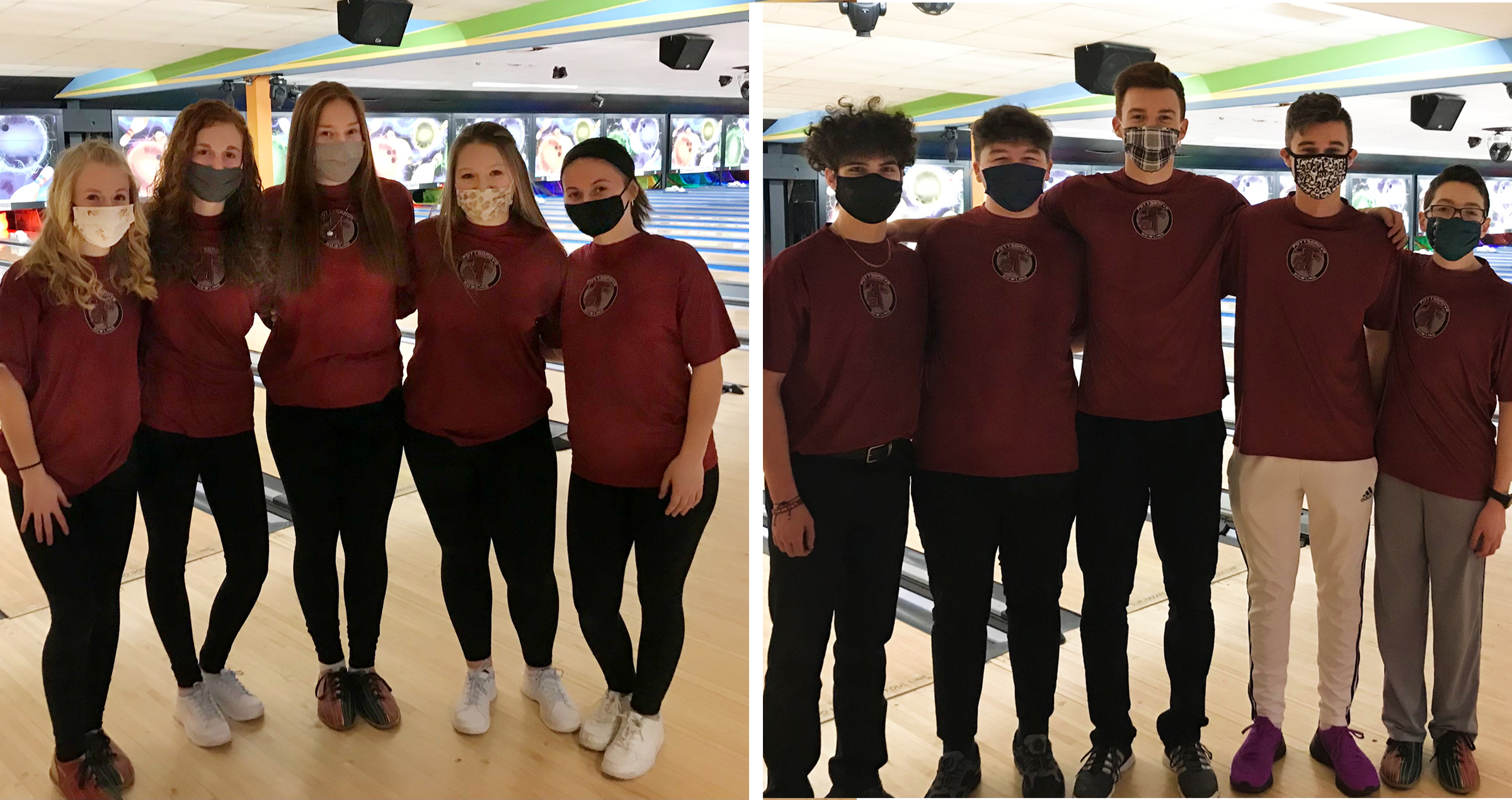 Like the game, where the score increases with the completion of each frame, Pottsgrove’s bowling program has risen over the years.

The Falcons’ boys and girls teams have been on an upward roll over the past three years of their existence. That roll has continued in 2021, with the program gearing up for individual and team postseason tournaments at the regional level over the next couple weeks.

Pottsgrove, as well as fellow local school Daniel Boone, will make its first trip to the Eastern Pa. Regional Championships for the team competition Saturday in Lancaster. The boys will play at Dutch Lanes, the girls at Leisure Lanes.

Top qualifiers will then advance to the Pa. Championships, being held at Penn State University the weekend of March 19-20.

Pottsgrove’s qualifiers for the individual regional include David Swavely, Noah Riker and Wyatt Lear on the boys’ side, and Tori Cappiello, ranked No. 2 in the region, on the girls’ side.

This all comes on the heels of a regular season that saw Pottsgrove go 4-1 in dual matches. A total of 15 students were out for the teams this winter.

“This is the most we’ve had with the program the whole time,” first-year head coach Jay Witkowski said of Pottsgrove’s seven seniors.

It’s been a rapid rise for the Pottsgrove program with it competing for the first time in 2017-18 and not even fielding a full girls team.

Cappiello has been involved in the sport 13 years, since age four, and bowling at the high-school level three years. The sport has a solid foundation in the Cappiello family, with Tori’s parents and two siblings all participating in it.

“My mother (Tina) has been coaching me,” Cappiello noted. “She tries coaching me mentally, and on my sliding.”

Cappiello was the runner-up of the independent qualifying tournament after a 823 series (four games).

Tori has the distinction of bowling a recent 300 game. It happened during a team practice at its home lanes of Limerick Bowl, getting her to the perfect score after seeing an earlier try — she was 12 years old at the time — result in a 279.

“They gave me space,” Cappiello said of her teammates’ response as she got close to the mark, “but at the same time they kept the normal environment.”

She will be joined at the team regional by Avery Gleason, Hallie Robinson and Emily and Lana Sorg, who’ve combined to get an eighth seed in the girls competition with a 965 team average.

“Bowling has been a big part of my life … the main force,” Capiello said. She had previously qualified for the 2020 individual regional as a sophomore after placing second out of 47 in the eastern Pa. qualifier.

He began league play at age seven and has been at it for nine years, participating in tournaments since age 11. David’s parents were both involved in bowling, as was a cousin (Alex Glinski) and uncle (Rob Swavely).

Like Cappiello, Swavely rolled a 300 game during a team practice. His other credits include three Pennsylvania Jr. Bowling Tour championships, a 778 high series and a 240 game average this season, up from the 217 he posted each of the last two years.

He, Riker and Lear will be joined on the Pottsgrove boys’ regional quintet by Shane Gleason and Mark Stofflet.

“I wanted to make sure our team got to the regional,” Swavely said. “We did that last year.”

Shane Gleason has been a key part of Pottsgrove bowling’s rise the past couple seasons.

“When I heard the school was going to have a team, I was excited,” he recalled. “My sophomore year, we didn’t have many (athletes). But my junior year, we had a lot of success.

“This year, we returned the same varsity lineup. There was a lot of team chemistry.”

Holder of a 650 high series, Shane Gleason came close to rolling a 300 game in practice one time. He had a perfect run through the first nine frames, but fell short in the 10th.

“Around the seventh and eighth frames, people started cheering for me,” he said. “I ended up with a 6-10 in the 10th frame.”

Prior to the COVID-19 pandemic forcing a shutdown in the early part of 2020, Shane Gleason won a pair of PJBT tournaments in February and March. He teamed with Riker on one of the championships, and was part of a trio with Riker and Swavely in the other.

Riker is one of Pottsgrove’s unique bowlers in term of delivery. He executes a two-hand roll instead of the more well-known and practiced one-hand style.

“I was out with my dad, throwing with one hand,” Noah recalled. “He said I should try two hands. I did, and it works.”

Riker cited a difference in approaching the line between the two styles. While a bowler rolling one-handed walks to the line, one with a two-hand delivery runs up to the line.

“You feel it in your hips more,” he noted.

For Riker, it made a noticeable difference in his game average. Rolling an average 130 game one-handed, his two-hand average was up to 202.

Riker got interested in the sport with help from a friend, Kolin Chiyka. Ralph Roles, Kolin’s grandfather, coached Riker in the sport, where he boasts a high game of 289 and high series of 742.

“Being a regional qualifier in bowling is amazing,” he said. “Overall, it’s been good by everyone.”

The contribution of Limerick Bowl to the program was lauded by Witkowski. He noted how the management of the facility allowed the high-school teams an early practice time.