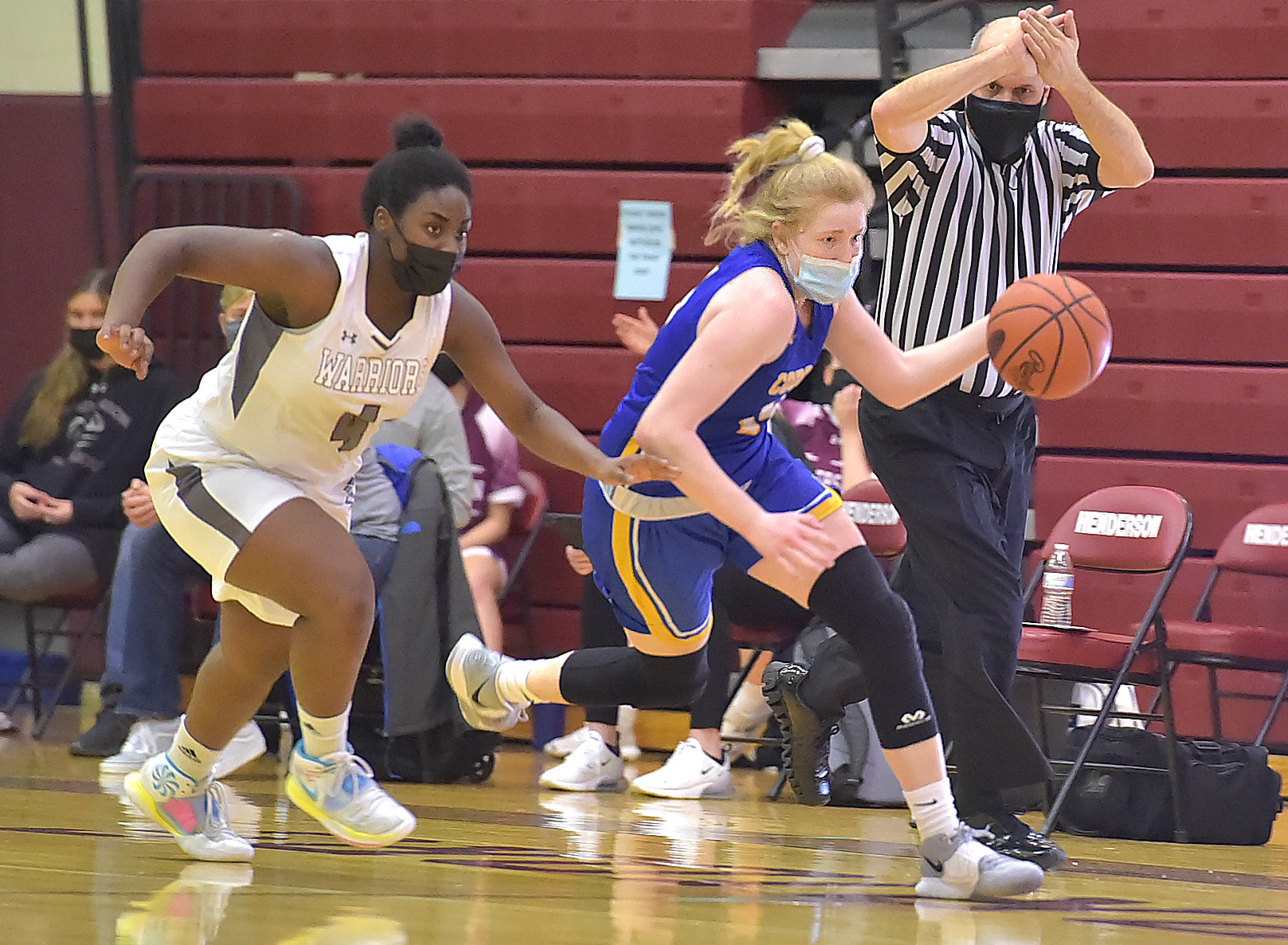 At the tail end of a basketball season played during a global pandemic, nobody should be surprised that the upcoming District 1 Girls Tournament has a new format and has been downsized. The changes, however, could make for some additional surprises.

Due to limitations brought on by the pandemic, there were very few non-league games scheduled during the regular season. And that almost certainly makes for a lot of playoff unpredictability. Don’t be surprised if there were more upsets in the new single-elimination format than in a normal district tournament with playback rounds – that is if you consider anything an upset in a pared-down field

“By the time we play, it will be down to the 16 teams, and typically 12 teams advance to the state tournament from District 1,” said Downingtown East head coach Tom Schurtz. “All of those 16 teams left are going to be quality opponents, so I don’t know if I would call anything an upset at that point.

“A couple years ago, Upper Dublin won a state title as the ninth seed out of District 1.”

“We are aware it’s a different format this year – one-and-done,” said West Chester East head coach Erin Listriani. “Anything can happen and I know that nobody wants their season to end. It will be interesting.”

A total of 20 teams are in the 6A field, and only the winner will move on to the PIAA State Tournament, advancing straight to the state semifinals. Downingtown East (12-1 overall) has won nine straight, grabbed the fifth seed and will host No. 12 West Chester Rustin (11-3) on Wednesday for the right to advance to the quarterfinals.

“In this case, we both have familiarity because we are in the same league and have a lot of common opponents even though we didn’t cross paths on the court this year,” Schurtz said. “It’s not like we are going in completely cold if we were playing a Suburban One or Central league opponent.”

Schurtz’s program has reigned over the Ches-Mont for three straight seasons, but the Cougars did it this winter by forging a new identity focused on full-court defensive pressure. He has a resilient group that includes four returning starters who all have extensive postseason experience.

“In a season with so much uncertainty, to have players who have played in so many high level games, you feel confident that they will find their way,” Schurtz said.

It also helps tremendously that his point guard and leading scorer are seniors Mary McFillin and Caroline Brennan, respectively.

“They’ve been stalwarts here for four years,” Schurtz pointed out.

“Our two senior leaders have started over 20 playoff games at the guard position. They have almost an entire season of playoff starts, and that gives everyone around them confidence.”

Kennett secured the final spot in the field, knocking out 7-6 Downingtown West, who fell 47-44 on Wednesday to Boyertown.

In the 10-team 5A bracket, West Chester East nabbed the third seed and will host No. 6 Phoenixville (10-5) on Wednesday. If they advance, the 9-6 Vikings would likely meet second-seed Harriton (9-4) in the semifinal round.

East’s next loss will be the final outing of senior star Lauren Klieber’s high school career. Earlier this winter she became the sixth player in program history to score 1,000 career points and is headed to Neumann College.

“Lauren is completely locked in,” Listriani said. “She is prepared to take this team as far as it can go.”

With a grinding 28-22 win over Great Valley on Wednesday, Bishop Shanahan ended the regular season at 9-7 and earned the fifth seed and will travel to No. 4 Upper Dublin (18-3) on Wednesday. The winner will likely draw unbeaten top-seeded Springfield (Delco) in the semis.

With a chance to squeak into the field Villa Maria (5-9) fell to Pennsbury on Wednesday and wound up 11th in the power rankings to miss qualifying by one spot.