PAC Girls Basketball Roundup (March 3): Spring-Ford routs Rustin to lock up No. 1 seed in 6A 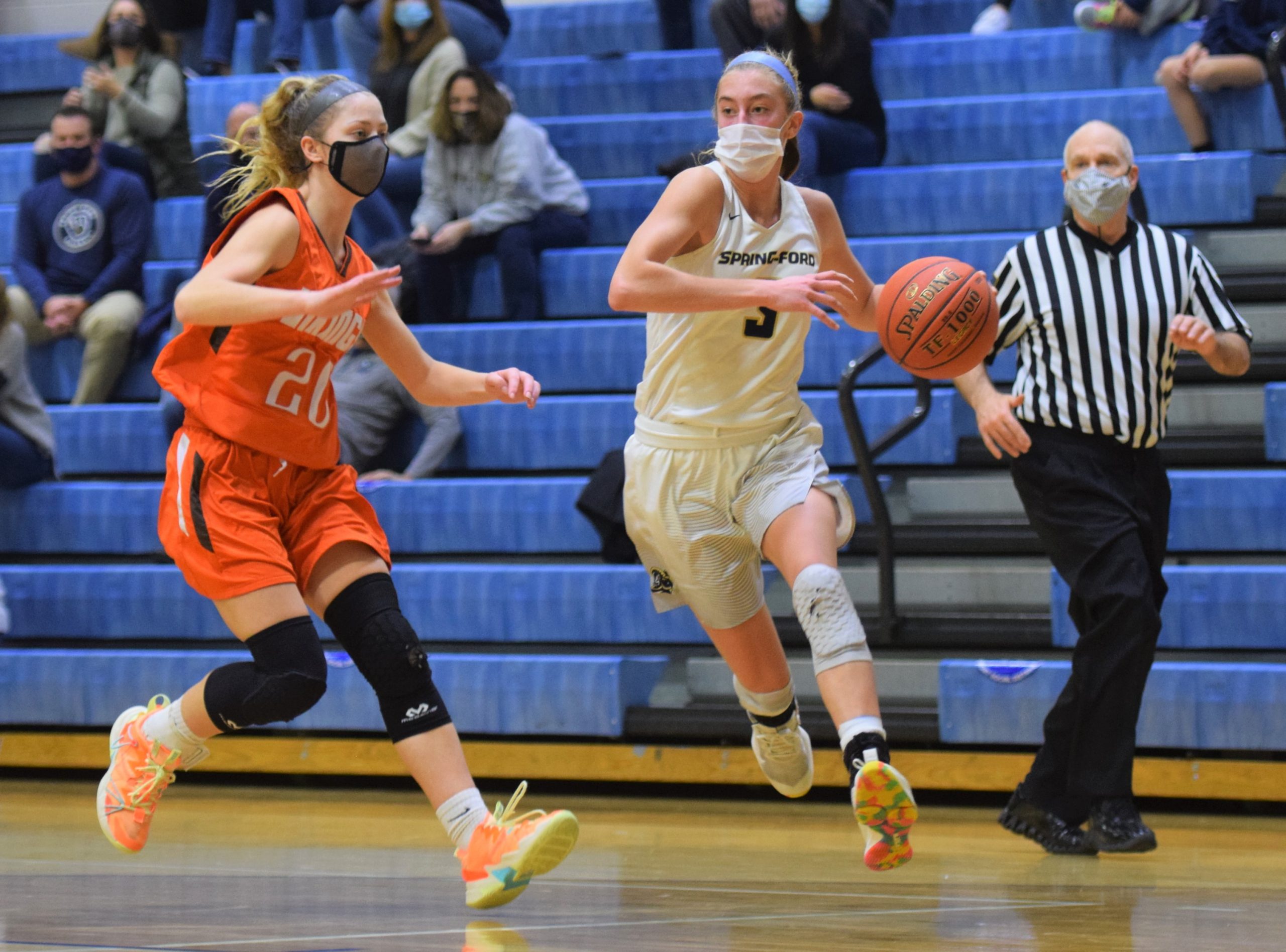 Spring-Ford 67, West Chester Rustin 22 (Box Score) >> The Rams continued their run toward the post-season Wednesday by rolling over the Golden Knights in non-league action to lock up the No. 1 seed in District 1 Class 6A.

While Lucy Olsen put up a game-high 17 points, the SF defense limited Rustin to 13 first-half points as it scored 40. Abbey Boyer and Emily Tiffan chipped in with nine apiece in a Ram lineup that got points from 10 players.

Boyertown 47, Downingtown West 44 (Box Score) >> The Bears made a big early lead hold up Wednesday as they outlasted the Whippets in a non-league matchup.

Plymouth Whitemarsh 37, Pope John Paul 32 (Box Score) >> The Golden Panthers saw a close non-league game with the District 1 No. 2 ranked Colonials slip away in the second half Wednesday.

Outscored in a 10-4 third quarter, PJP went from being one (17-16) down at the half to seven (27-20) heading into the fourth. While they had no double-figure scoring — Kayla Ciuba was high with nine, followed by eight from Amelia Kennedy — the Panthers got statistical support from Kallan Bustynowicz (three blocks, 10 rebounds), Kennedy (five steals), Tess Crossan (eight assists) and Ciuba (seven rebounds).

A win over the reigning district champions, who are 10th in the power rankings, would have given OJR a points lift Wednesday, but Emily Spratt and Gilbert combined for 26 points as the Bucks took control in the second half.

Upper Dublin 65, Methacton 30 (Box Score) >> In a tuneup for the District 1-6A playoffs, the Warriors were handled by the Cardinals in Wednesday’s non-league game.

Jess Polin scored a game-high 22 points for UD, which put the contest out of Methacton’s reach with help from a 33-10 second half. Mairi Smith hit for nine ahead of Warrior teammates Cassidy Kropp and Nicole Timko, who had eight apiece.