Unionville beats Henderson in return to court, gets much-needed tuneup for playoffs 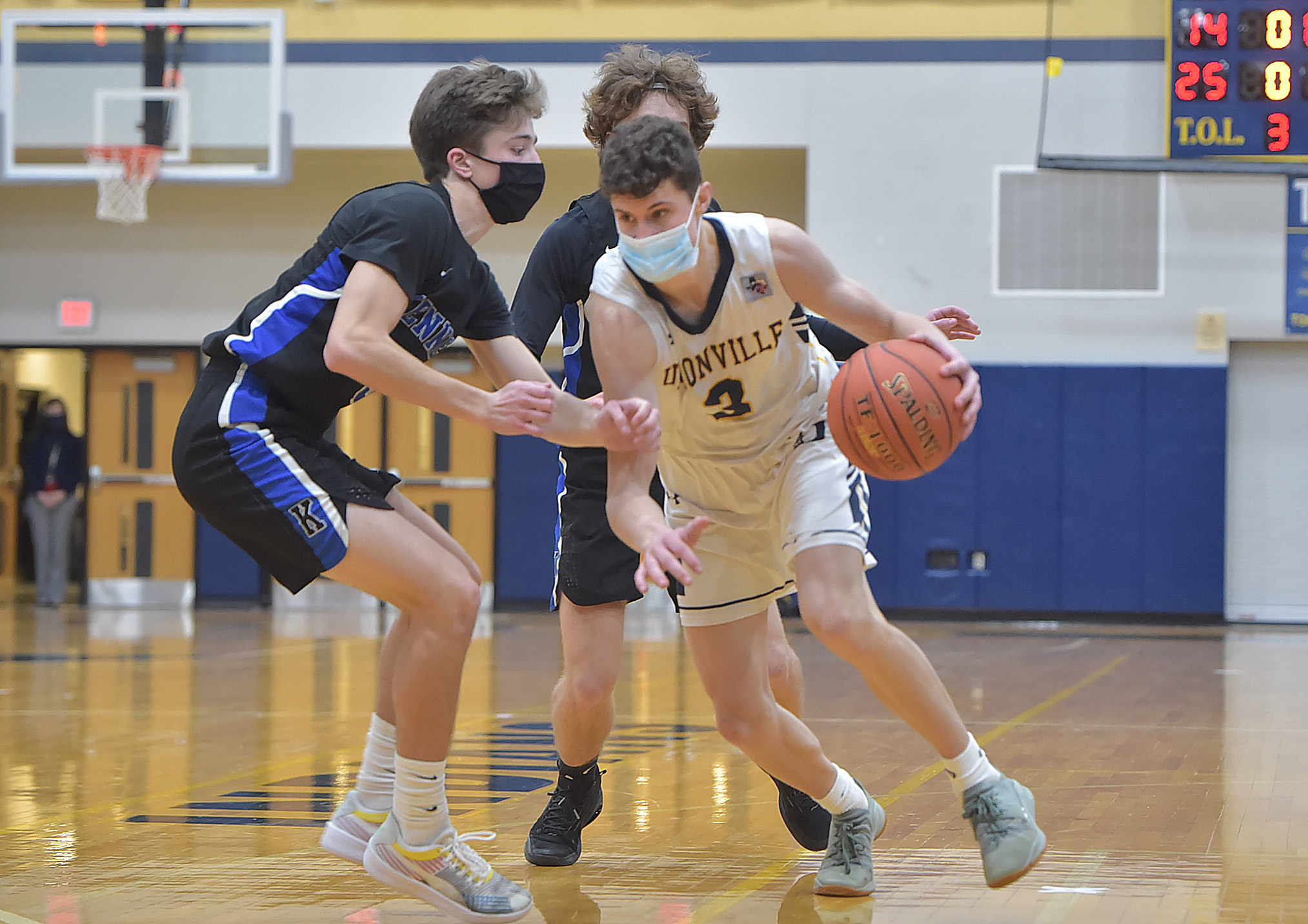 WEST CHESTER >> Before Tuesday’s night nonleague game at West Chester Henderson, the Unionville boys basketball team had not played a game since February 11 due to COVID-19 cases within the program.

Well, the Longhorns shook off the rust and opened a large second half lead before almost letting it slip away in a tough, 57-50, win over West Chester Henderson.

Unionville (4-5) will begin the District 1 Class 5A playoffs Saturday, so for the Longhorns it was very important to get a game in before the district playoffs.

“We did everything right and did what we had to do for the last two weeks,” said Unionville senior guard Sean Neylon. “It felt great to finally get out here and play a game and we knew we needed a game in to get us ready for the playoffs. We did some good things tonight but we need to be better at executing and doing what we are supposed to do.”

Unionville had a slim 27-23 halftime lead on the Warriors (2-12), but in the third quarter Unionville opened things up by outscoring the Warriors 17-9. West Chester Henderson also hurt itself with six third-quarter turnovers. Neylon led all scorers with 21 points, including three long 3-pointers. Kevin Nowostait chipped in with 14 points, and point guard Jack Regenye played a strong game running the Longhorns’ offense and adding four points.

When Neylon beat everyone down the floor after a steal and threw down a monstrous slam dunk, it was a 41-32 Unionville lead. The lead grew to 44-32 after three quarters and the Warriors looked dead in the water.

Unionville again misfired on a three, but the Longhorns grabbed the rebound and attempted to set up their offense. But Shawn Fay intercepted a Unionville pass, drove to the basket and scored to make it was a 52-47 game. After that, Unionville stayed scoreless and West Chester Henderson drained three free throws. Two of those came from Ryan Kirby, who had a big game, leading the Warriors with 19 points, and it was a slim 52-50 Unionville lead with 1:40 to play in the fourth quarter.

The game slowed down in the final two minutes and Henderson missed on a driving layup by Fay, leading to Neylon being fouled with 27 seconds to play. The Unionville star drained both free throws for a 54-50 Unionville lead, ending the Warriors’ 11-0 run. Henderson brought the ball up the floor and missed in tight. Unionville got the rebound with 18 seconds to play and all that was left was for the Warriors to foul. Unionville hit three of four from the charity stripe in the last 18 seconds and the Longhorns held on for a 57-50 victory.

“It was great to be together out here again,” Regeyne said. “It was a little like starting the season again for the third time. And it was hard to keep your condition but coach (Chris) Cowles is good at keeping you in shape. We have been having trouble closing out games all season and we got a little lazy late in the game. We have to clean that up for the districts.”