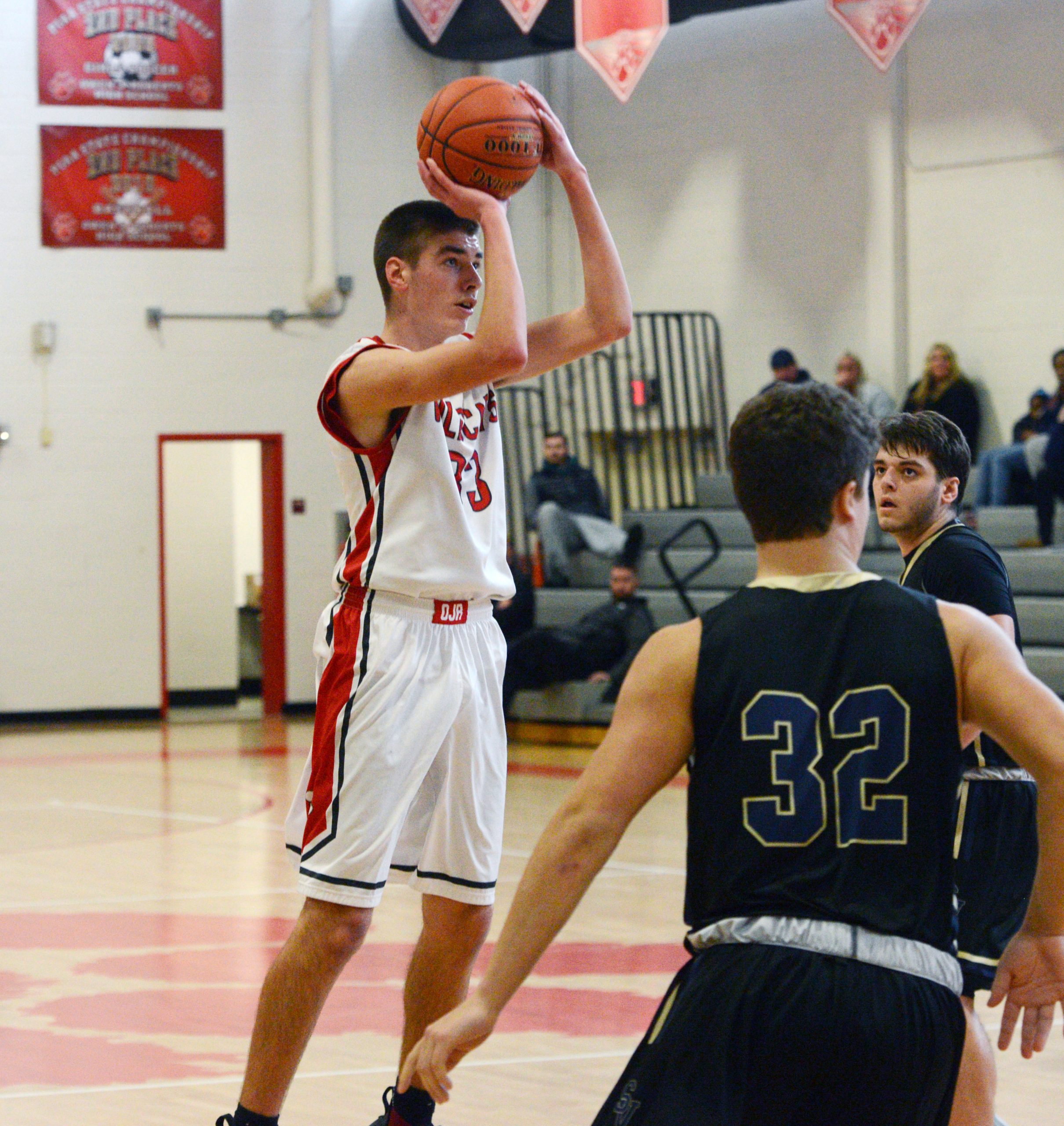 Brody Bolyn (9 points) had his game-winner set up by brother Jake Bolyn (14) on a short pass from the baseline while Sam Cerimele was the game’s top scorer with 20 points. The Wildcats (2-6 PAC Liberty, 5-9 overall) trailed 27-19 at halftime but were lifted by a 36-27 edge in second-half scoring.

With Zack Skrocki hitting for 17 points and Cole Turner adding 17, Spring-Ford opened a 14-6 lead in the first quarter. Spring-Ford fell to 6-7 (2-6 Liberty).

Tonight’s game winner by Brody Bolyn with 1.8 seconds left in the game! pic.twitter.com/4tDOLDif21

Phoenixville 42, Methacton 39 (Box Score) >> Falling off the pace in the fourth quarter Tuesday, the Warriors were overtaken by the Phantoms and came up short of their hosts in PAC Frontier Division play.

Methacton, getting 15 points from Cole Hargrove and 11 more from Jason Price, netted just five points down the stretch after going into the fourth with a 34-30 lead. Mike Memmo shared game scoring honors with Hargrove at 15 points while Jackson Kuranda followed at 13.