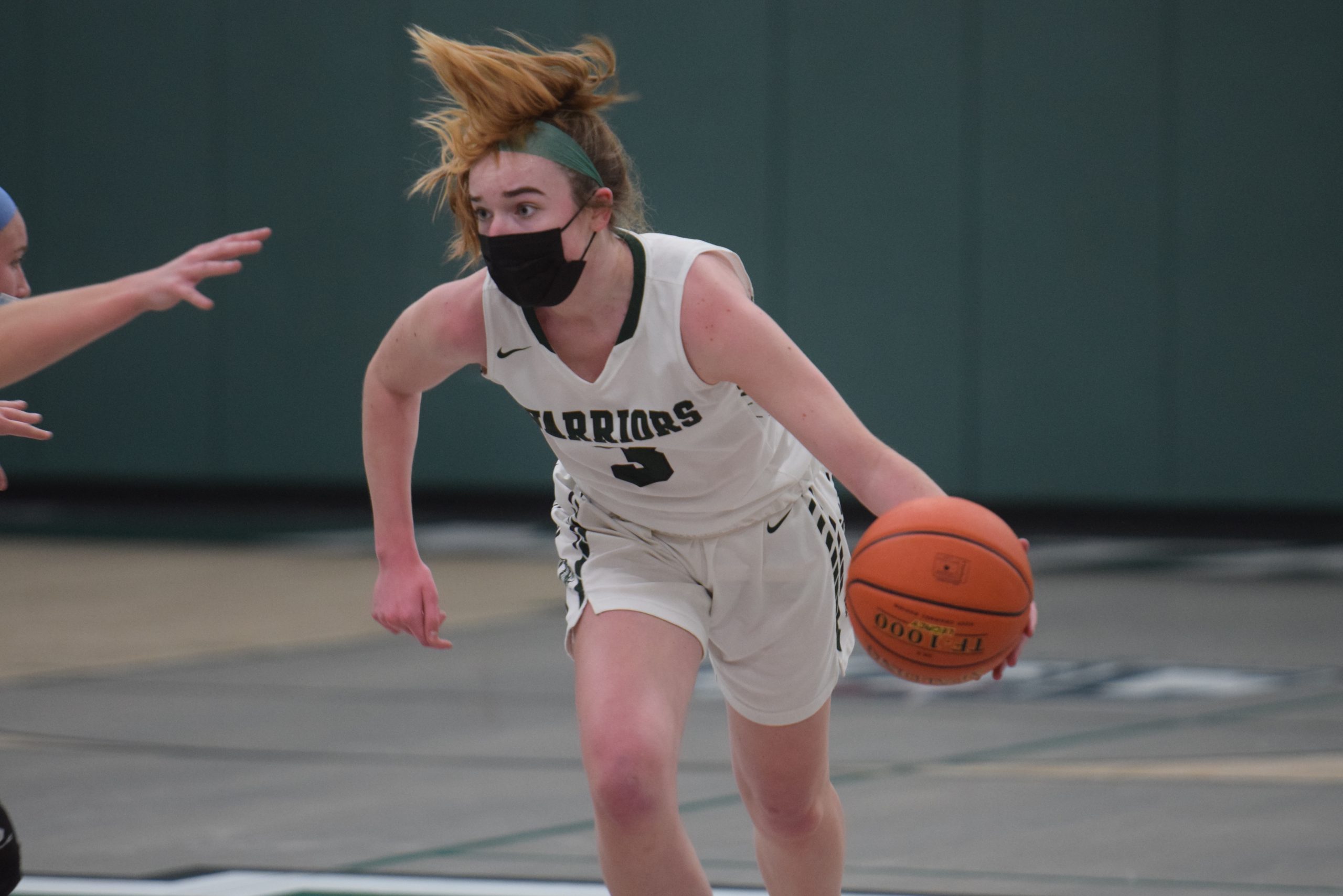 Methacton 57, Perkiomen Valley 52 >> Cassidy Kropp led the way with 16 points and Nicole Timko followed with 15 to lead the way for the Warriors’ PAC Liberty win over the Vikings on Monday.

Mairi Smith joined the pair in double figures with a double-double of 11 points and 10 rebounds. Tori Bockrath added eight points, and Alli Hazlett chipped in seven to go along with 10 boards for Methacton, which led by more than 20 points in the third quarter but had to fend off a large PV rally late.

Pope John Paul II 53, Upper Merion 15 >> Amelia Kennedy put together a double-double with 10 points and 11 steals Monday as the Golden Panthers wrapped their PAC Frontier slate with a win.

Pottsgrove 52, Oley Valley 26 >> The red hot Falcons pushed their win streak to nine with a non-league win over Oley Valley on Monday.

Sydney Mowery led the way with 15, Riley Simon had 13 points and 13 rebounds and Sierra Potts netted 11 (three 3s) for Pottsgrove.