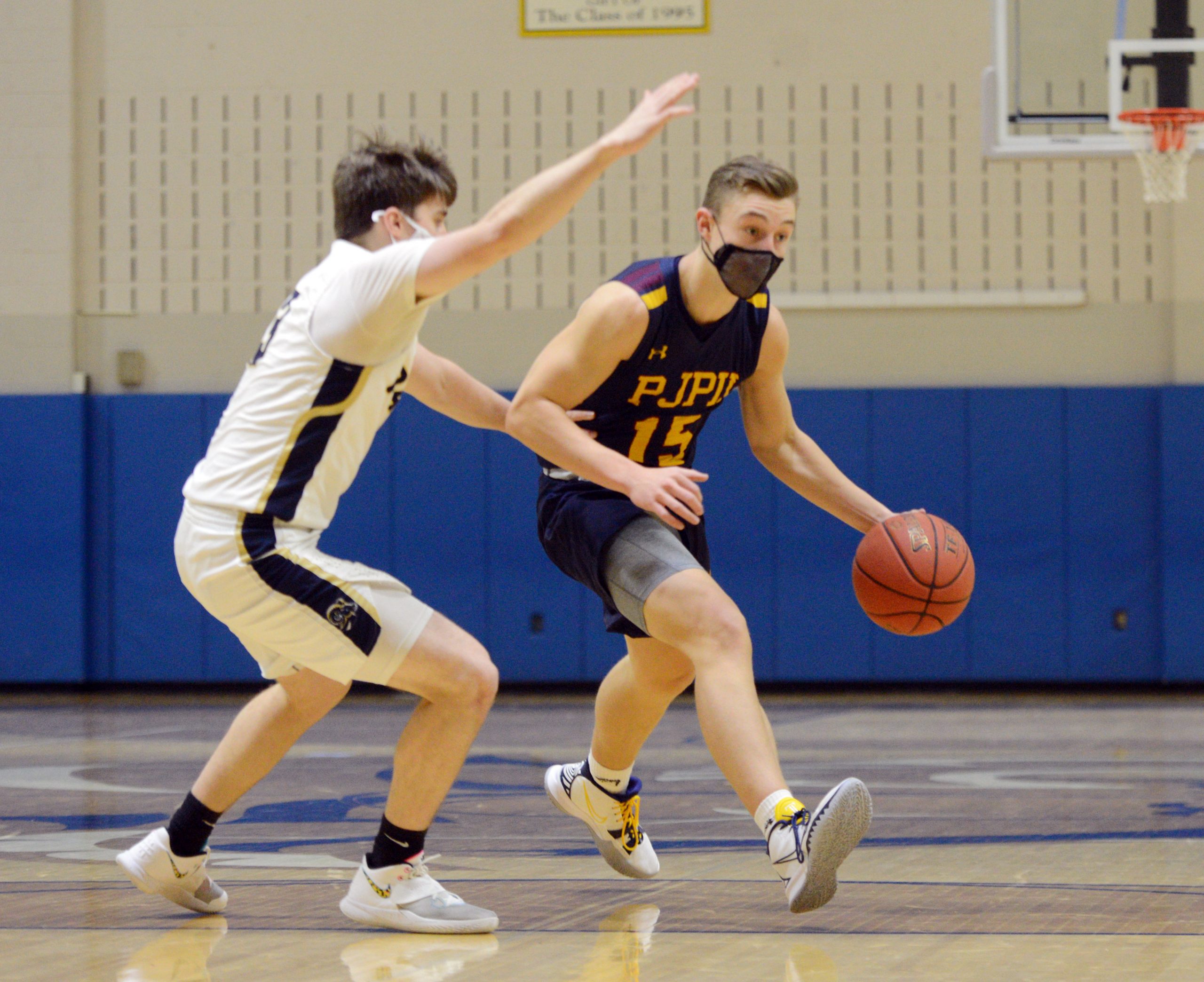 Entering the 2021 campaign, the Pope John Paul II boys basketball team had just one Pioneer Athletic Conference plaque to show for its first decade in the league ­— won in the school’s inaugural season in 2010-11.

With a 57-53 win over Upper Merion on Monday, the Golden Panthers (9-0 PAC Frontier, 13-0) added some more long-awaited hardware, clinching their first PAC title in 10 years.

JP Baron led a trio of double figure scorers with 16 points. Kevin Green added 12 and Luke McCarthy 11 for the PJP, which finished as the PAC runner-up a season ago.

PJP led 47-33 entering the fourth quarter before a shorthanded Upper Merion (8-7, 5-5 PAC Frontier) squad cut the lead to one-possession in the final seconds. Madison Tatom scored 20-or-more for the second straight game, netting a game-high 24 points following a 20-point day in a loss to Phoenixville on Sunday.

Boyertown 67, Phoenixville 49 >> Christian Renninger knocked down five 3s for the second straight game on the way to a game-high 23 points for the Bears (8-5, 3-5 PAC Liberty) in a PAC crossover win Monday.

Tre Diguglielmo added 17 point for Boyertown in the winning effort, followed by Aarick Salata with nine.

Byrne knocked down four threes on the way to 34 points — the most by a PAC boy this season and most by a Warrior since David Duda scored 38 in the 2018 league title game. Hargrove posted a stat line of 18 points, 10 rebounds, and nine blocks. Mike Merola added eight points in the win.

Though the lineups looked a lot different, the teams met up in last season’s PIAA Class 6A second round.