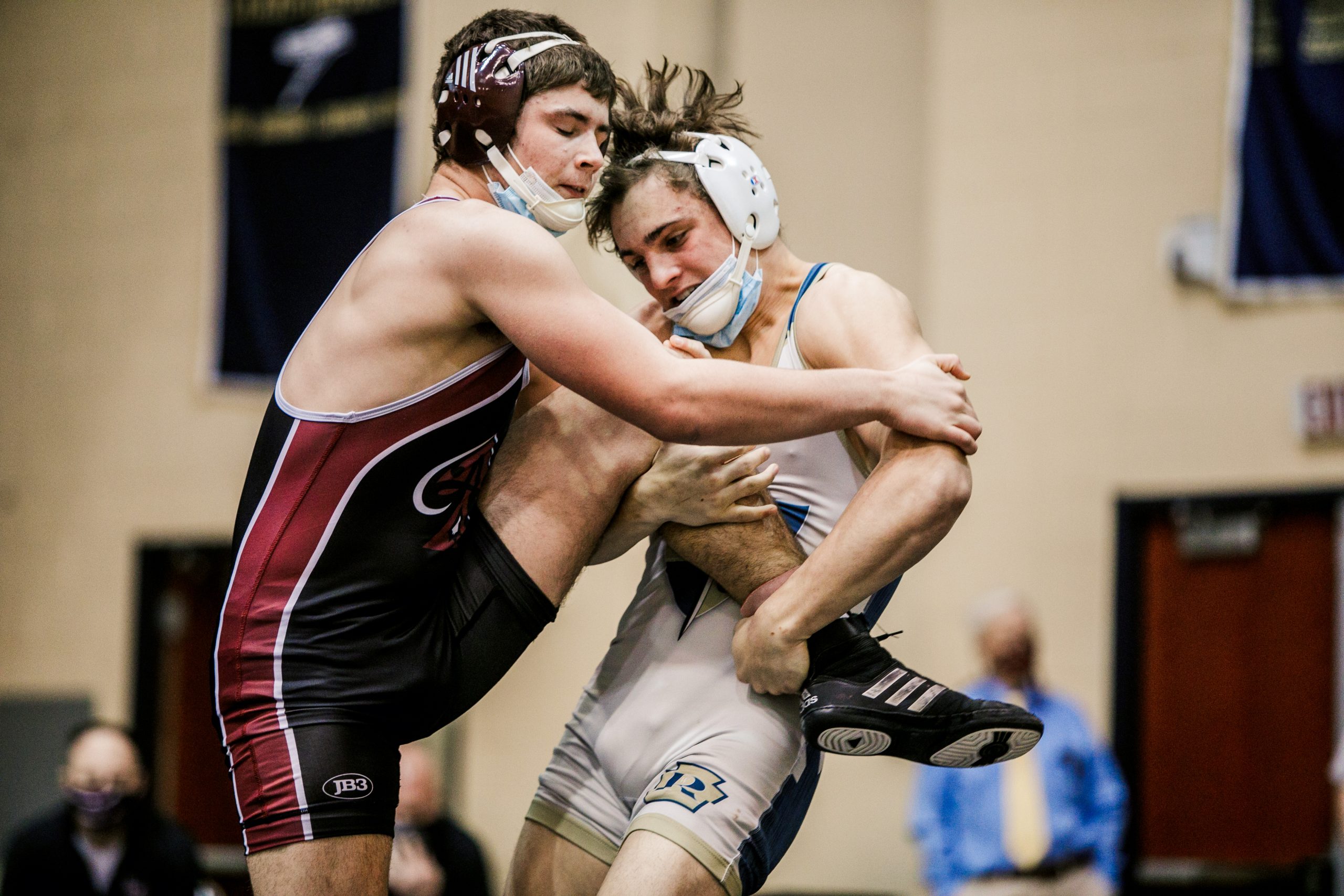 Lower Merion wrestling coach Harry Keyser said, “Jack never placed at Regionals before, so winning the tournament really got him over the hump and enabled him to realize the potential he created for himself with his dedication and hard work in the off-season. Jack was able to keep to the game plan and did not get flustered in some tough scenarios. His mental toughness and grit were on display.”

In his opening-round match, Lledo trailed early but battled back to win.
“I had started the first match slow, and gave up the first take down and was losing,” said Lledo. “I stayed composed and tied it by the third period, and before the final period started, I told myself that I’m not losing the match, and I went out and executed my moves, and ultimately won that first match. I think the key to my title was consistency throughout the week in practice, a level head, and belief in myself and my skill set to go out and get the job done.”

In other Main Line high school sports action (the high school wrap-up is compiled from game summaries sent to BAdams@mainlinemedainews.com):

Harriton defeated Garnet Valley, 40-28, in the Central League quarterfinals Feb. 28. Maretta Smith, Lexy Calhoun and Annie Aspesi combined for 31 points for the No. 3 seed Rams, who advanced to the league semifinals March 2.

Malvern Prep’s 400 free relay team of Kevin Cary, Brady Tierney, Ben Kutufaris and Alex Hamill posted a clocking of 3:08.44, which puts them under All-American consideration, in the Friars’ tri-meet against EA and Haverford School Feb. 25.